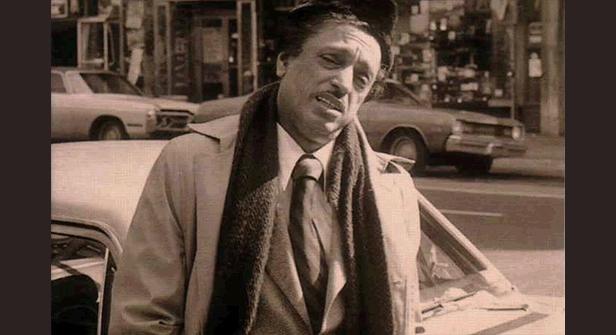 *The following article is part of the PR Project and was originally published on jazzdelapena.com It is reprinted here with permission.

Rogelio Ramirez (also known as “Roger” or “Ram”) was born in San Juan, Puerto Rico on May 10, 1913. He and his parents—Mariana Abraham and Luis Olmo— arrived in New York on the steamship SS Ponce and lived in the San Juan Hill section of Manhattan (where Lincoln Center stands today), a neighborhood that produced several outstanding jazz artists, including Thelonious Monk and Benny Carter, among others.

Ramirez was a prodigy. He started on the piano when he was eight and turned professional by the age of 13. While many considered him to be a blues-oriented pianist and the vast majority of his recordings were as a sideman, he was a complete player and organist, comfortable in swing, bop, and jazz.

Early in his career, Ramirez worked with the Louisiana Stompers, Monette Moore (1933), Rex Stewart, the Spirits of Rhythm (1934) and Willie Bryant (1935). He visited Europe with Bobby Martin’s group (1937-39) and then worked with Ella Fitzgerald, Frankie Newton and Charlie Barnet (1942). After a second stint with Newton, Ramirez played with the John Kirby Sextet (1944). One of the highlights of his career came in 1934 when at the age of twenty-one he substituted for one of Duke Ellington’s small groups, led by Rex Stewart and recorded the tunes Stingaree and Baby Ain’tcha Satisfied.

In 1953, Ramirez began doubling on the organ. He was also active as the leader of the Roger Ram Trio during the 1970s. During the 1980s he was semi-active. Also, in June 1981, at sixty-seven, he was invited to perform as a soloist at Carnegie Hall and received exceptional reviews.

According to the Lord Jazz Discography, Ramirez participated in approximately seventy recordings as a leader and sideman. Many of his recordings are available on iTunes, www.discogs.com, and www.youtube.com.

Ramirez died in 1994 at 80. He is mostly remembered as an exceptional pianist, organist and the co-composer of the famous jazz standard, “Lover Man (Oh, Where Can You Be)", popularized by Billie Holliday).

About the author: A graduate of Empire State College with a dual major in journalism and Latin American studies, Tomas Peña has spent years applying his knowledge and writing skills to the promotion of great musicians. A specialist in the crossroads between jazz and Latin music, Peña has written extensively on the subject.