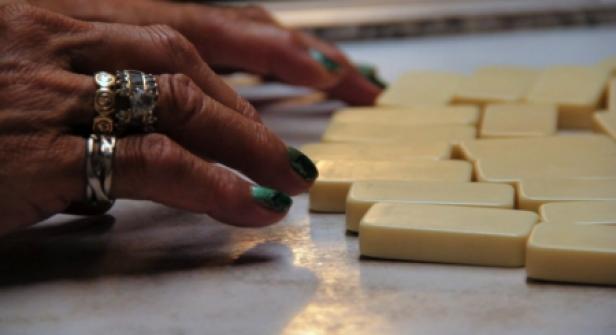 The 2014 International Puerto Rican Heritage Film Festival is next week in New York City. It will feature films with a Puerto Rican theme, or with Puerto Ricans as part of the production. The festival's mission is "to foster a collaborative environment for all artists to explore issues inherent to the heritage of Puerto Rico and to develop their craft with direct input from their target audiences." The IPRHFF will take place November 13 to 16, as part of Puerto Rican Heritage Month. All screenings are free to the public and will take place in three different theaters in uptown Manhattan.

One of the movies to be presented is the award winning documentary Toñita’s. The short documentary enters into the world of the Caribbean Club, the last Puerto Rican social club in South Williamsburg (known to Puerto Ricans as Los Sures) to expose the themes of urban space, displacement and identity. Toñita's documents through testimonies the activities of regulars at the club, touching on the history of the neighborhood and its changes, Nuyorican music and dance, and Puerto Rican identity. Feelings about the neighborhood on the South Side are mixed and a love-hate relationship with the past is revealed. A recurring subject in the interviews is the owner María Toñita, the matriarch of the community, devoted to keeping the club open “until she falls.”

We caught up with the directors, Beyza Boyacioglu and Sebastian Diaz to ask them about their interest in the neighborhood, the Puerto Rican community, the social club and its owner María Toñita.

Marixsa Rodríguez: How did you learn about the neighborhood and the Living Los Sures project?

Beyza Boyacioglu & Sebastian Diaz: We met each other in 2012 when we were selected to participate in UnionDocs Collaborative Studio program as fellows. From 2010 through 2014, UnionDocs had worked on a collaborative documentary project about the neighborhood of South Williamsburg (Los Sures). As a result, we spent a good amount of time getting to know the history of the neighborhood and understand the transformation that had taken place, which left many old-time residents displaced, and created a tension between the newcomers and the remaining community. A wonderful source was Diego Echevarria's documentary Los Sures which is the inspiration behind UnionDocs' multimedia project 'Living Los Sures'. The film portrays the Los Sures of 1984: one of the poorest neighborhoods in New York at the time with problems of gang violence, drugs, racial tension, abandoned real estate, etc… yet the home of a close-knit, lively Puerto Rican community. While spending time in South Williamsburg, we began searching for traces of the past. That's how we came across Caribbean Sports Club, fondly labeled Toñita’s after its owner María Toñita Cay.

MR: How can you relate to María Toñita, the Caribbean Social Club and the community? Does her/their history resonate with you, your background, your history?

BB: When I first entered Caribbean Club, I was a complete stranger to the environment and the community. There was nothing familiar that I could relate to, I did not speak Spanish or know the culture, yet I loved it! The fact that it completely stood out in Williamsburg with its homey atmosphere and that everyone knew each other like a large family was why I got attracted to it, even though (or maybe because) I have never been a part of such community. So Sebastian and I began spending at least one night every weekend at the club, hanging out with the regulars and getting to know Toñita. My initial idea was to make a film about Toñita because I admired her stance as a matriarch in a very patriarchal community. She is an incredibly hard working woman and a quite successful entrepreneur. The reason why Caribbean Club exists today is that she owns that property and she will never sell out. I come from Turkey, another very male-dominant culture. That might also be the reason why Toñita's success as a woman has resonated with me.

SD: It was interesting that as a Mexican, who shares the Spanish language, at first it felt like I had a very natural and easy approach to interact with the Hispanic community and the patrons of Caribbean Club. But soon after, I felt that my cultural differences and language nuances made me feel almost as foreign as any other newcomer to the neighborhood, which I totally am. Most didn't even think I was Mexican, and would insist on speaking English to me. I think what makes a difference and shortly created a pretty strong relationship (especially with Toñita, Sando—the DJ—and a handful of the club's regulars) is the respect and interest in the culture with which both Beyza and I came in. We genuinely enjoyed spending time at the club and learning the stories of the neighborhood they wanted to share with us. Mexico has a long history of migration to the USA, so I can relate to María Toñita's history of migration from Puerto Rico and many other people I've met, who simply came looking for better opportunities, some of them succeeding and making the new country their home. I can also relate to second and third generation Puerto Ricans, who have a strong pride for the place they come from although they were born and raised in the USA.

MR: What did you find appealing about documenting the south side of Williamsburg, Brooklyn?

BB & SD: The neighborhood's recent past of being a predominantly Caribbean community makes it culturally rich. Even though the Caribbean community is being bought out or displaced by the increasing rents, there's still a strong community there. They're proud of their culture and those who have been there for 10, 20, 30, 40 years... survived through very tough times, ravaged by drugs and crime, but still they knew their neighbors and said ‘hi’ on the streets. The community that still stands strong today struggles to claim their right to live there. All of this is interesting, beautiful, complicated and sometimes sad to see. The rapid changes in the neighborhood threaten a once strong and lively community. Many of the recent residents, who are predominantly white upper middle class young people, don't seem to embrace and sometimes even acknowledge or realize that the Caribbean community has been there for a very long time. The sense of community which is a valuable thing for a healthy neighborhood is being lost with the highly priced condos, bars and boutiques taking over the streets where once music, domino matches on sidewalks, kids playing on water hydrants and neighbors greeting each other used to be the norm.

MR: How important is it to document this piece of life and why now?

BB & SD: Portraying Caribbean Club today is important because it is the last remaining Puerto Rican social club in South Williamsburg. We know that Toñita will never leave the neighborhood and she will preserve the remaining community as long as she lives but one cannot help but wonder what will happen in the long term. Many of the people we interviewed mentioned their concerns about the future of the club. It is a historical landmark; it represents the community’s history and it is a symbol of their collective memory in South Williamsburg. We wish that the club remains there for years to come but if it fails to resist the forces of the market, we will at least have our film that documented this wonderful culture and warm community. In addition, through our film, many people who actually reside or hang out in South Williamsburg today became aware of the history of their neighborhood. We think this is precious in terms of building bridges between old and new, and encouraging empathy on both sides. There are many films that advocate strong ideas against gentrification and the injustice it brings, which is great. However we think our film does something different, without even uttering the word ‘gentrification’ till the very end: it portrays what is valuable and worth preserving in a community like this. One thing we would like to add is that two months ago, Toñita invited us to her hometown Juncos in Puerto Rico. We had the opportunity to meet her daughter Sylvia who was born and raised in South Williamsburg but later moved to Puerto Rico. She told us that if one day Toñita would like to retire, she would continue the club and her mother’s legacy. So hopefully, the club will stay there for a long time!

MR: What is your take on the Puerto Rican community of Los Sures? Are they destined to disappear? Will they be there for some time?

BB & SD: It's hard to say. Fortunately there are still many buildings that are co-ops, owned by the tenants or that are rent controlled, but that all is a threat to capitalism and money can eventually buy them all out, and most probably will, as the real estate in Williamsburg (and most of Brooklyn for that matter) is ridiculously high valued. This is unfortunate not just thinking about the unjust fact that people will be forced out of the neighborhood they've called home for generations, but also because a cultural history and richness will be washed away and also a sense of community, which the new residents won't build, as most of them are young entrepreneurs or wall street yuppies who will move out once they have kids, or the fad is over for them, or the cost of living also pushes some of them out.

Beyza Boyacioglu is a Turkish filmmaker and artist. She was a fellow at UnionDocs in 2013 and at Flaherty Seminar in 2014. Currently she is based in Cambridge and works as a research assistant at Open Documentary Lab at MIT.

Sebastian Diaz is a Mexican filmmaker, artist and director of award winning documentaries based in New York. His work has been exhibited at ARCO (Madrid), The MAK Museum (Vienna), InSite_05 (Tijuana-San Diego), among others.

Toñita’s was premiered at MoMA Doc Fortnight 2014 and awarded Brooklyn Pride Award at Brooklyn Film Festival. It is a part of UnionDocs’ collaborative transmedia project Living Los Sures. The film will be showcased at the International Puerto Rican Heritage Film Festival on Thursday, November 13.