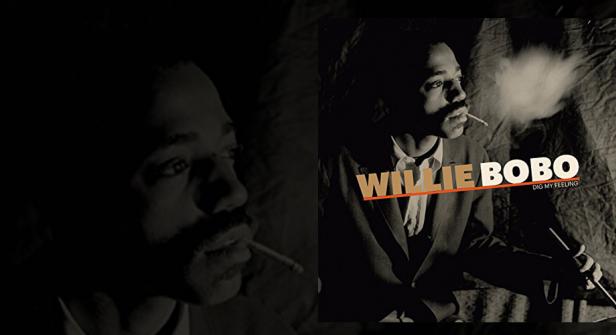 Before his untimely death at the age of 49 in 1983, legendary Nuyorican jazz percussionist Willie “Bobo” Correa left behind an impressive and eclectic discography that includes fourteen records as bandleader, with styles ranging from Afro-Cuban to Soul, Funk to Brazilian influences, and so on. He was also accomplished as a sideman, with over 50 appearances performing alongside some of the greatest jazz musicians of the 20th century.

The celebrated timbalero is perhaps best known for releasing the original version of “Evil Ways”, written by his band’s guitarist and later made famous by Santana in 1969. Bobo’s influence can also be heard on hip-hop records, including a sample of his timbales on “Shake Your Rump” by the Beastie Boys.

Consequently, his son Eric would go on to tour with the band in 1992, also contributing percussion to their next two albums. He later joined Cypress Hill as a touring, then full-time member of the band. Along the way, he has continued his father’s habit of fusing eclectic musical tastes into his music, incorporating hip-hop and electronic influences into his solo releases and collaborations.

Recently, Centro had the opportunity to interview Eric just as Nacional Records gets set to release an album entitled Dig My Feeling, which features rare and unreleased recordings of his father’s work.

Néstor David Pastor (NDP): How did you come across the material used in creating this album?

Eric “Bobo” Correa (EB): My mom [Alicia] had asked me to look for something in her closet, I don't remember what it was exactly. As I was moving stuff around, I noticed a stack of tape boxes. As I started to look, I noticed titles of songs I had never of heard before and I saw my father's name on all of them. I immediately yelled out to my mom and asked her about these tapes. She was, and still is, very protective of my father’s things. She came in the room and said for me not to touch the tapes. I just had to hear what were on these tapes so I snuck a few boxes out and brought them to Mario Caldato Jr. (Beastie Boys producer) so we could hear them.

NDP: Where and when did the idea to put together an album come about? How long did it take from start to finish?

EB: The process first was to digitize everything. These tapes were over 20 years old and needed to be handled with care. When Mario & I had gathered enough material and started listening to the songs, we both thought that we had enough material for an album. Due to both of our touring schedules and availability, there were times that we would only work on 1 or 2 songs in a year, That's why it took about 10 years to complete.

EB: Since the songs were recorded at different times, Mario & I didn't want to just put the songs together without a natural flow. My father's music was always evolving and these songs were recorded during a time where he wasn't signed to any label so he was free to explore his musical ideas. The Willie Bobo in 1971 was musically different person in 1978 let's just say but he was always a musical chameleon. This album displays that.

NDP: What kind of input did you and your family have in developing this project?

EB: None of this would be happening now without the blessing of my mother. She’s the big Boss, but this was really a team effort. My mother, Tomas Cookman (president of Nacional Records) & I took on this project with careful hands because of its importance. Having my mother being involved in this was very important for me because this isn't just a big moment for me but also for her. She was with my father for 30 years and I know it's great for her to see that still after all of these years since he has passed, people still wanna hear Willie Bobo & haven't forgotten about him.

NDP: Did you have any sort of insight or change in perspective in regards to your father’s music after working on this project?

EB: This project helped me to realize even more how musically progressive he really was. He never wanted to be pigeonholed to only doing one style of music. He was a percussionist but he was also a visionary and this is why his musical influence is still relevant today.

NDP: Why was it important to release this material and what does it mean for your father’s legacy?

EB: One doesn't have the opportunity every day to find unreleased music by such an iconic artist. I wouldn't have released this music had it not be up to par. This music stands strong even today and nowadays, people have become more open to hearing different types of music. There are groups today that are trying to recreate that classic “Latin/Boogaloo” sound, so why not gift those fans with “new” music from one of the innovators of that genre. We now have a whole new audience from a new generation. This album can insure that my father’s legacy will have the ears of the new generation.

Dig My Feeling will be released via Nacional Records on September 9th, 2016. For more information, click here.