The Many Sounds of Puerto Rican Identities: Miguel Zenón Speaks and Plays 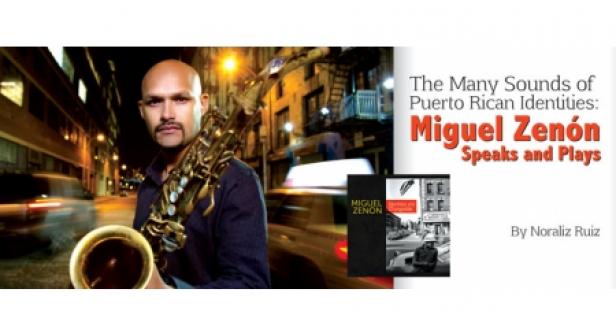 It was the very first day of spring, but the snow was steadily falling over New York City. Miguel Zenón’s quartet was performing the album Identities are Changeable: Tales from the Diaspora at the Hostos Center for the Arts & Culture. On that same snowy day of spring I overheard someone commenting: “How can jazz be Puerto Rican?” and I went to the concert, on a day of spring with no flowers, pondering about the oddities of that statement.

Alto sax player, Miguel Zenón, instills jazz with Puerto Ricanness. Zenón’s extensive discography, with nine albums as a leader, evidences Puerto Rican influence, from the clearest rhythmic references of plena to the melodic deconstruction of the Puerto Rican seis. Traces of Puerto Rican folk and popular music have been constant throughout Zenón’s career, but on his last project they are not as patent. In Identities are Changeable, Zenón poses a novel approach to Puerto Rican music, and it is precisely jazz, with its infinite sonic possibilities, that lends him enough room to explore and experiment with a concept as subjective as identity, from a Nuyorican lens. The experiences of seven Nuyoricans addressing what it means to be Puerto Rican provide the storyline of this project, resulting in a jazz suite entirely driven by oral history.

A receptive audience at Hostos Center for the Arts witnessed a complete rendition of the album Identities are Changeable last Friday. The interviews that make up the tales of the diaspora, mixed with visuals by David Dempewolf, were in full display on the screen as Zenón led his ensemble with Luis Perdomo on piano, Hans Gawischnig on bass and Henry Cole on drums. 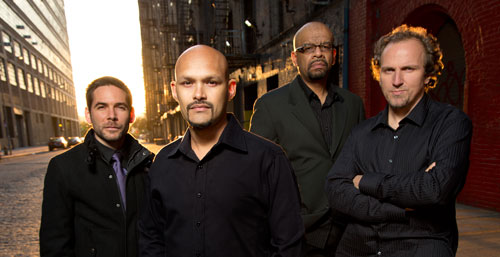 The quartet, whose members also recorded the album, are musicians who know each other well. That was apparent from the first notes of the overture “¿De Dónde Vienes?”  The rhythmic section led by Cole on drums and Gawishcnig offered percussive grooves and a solid platform for Perdomo to display his exhilarating technique and for Zenón’s crisp sax tone to improvise intricate and purposeful solos that moved with determination from the most contrasting points, like the diaspora itself.

On this album the MacArthur Fellow uses jazz as a vehicle to converse about current issues and to reflect about his own ideas as a Puerto Rican who has lived half of his life away from the island.

David Ake has rightfully discussed that, like all music, jazz relates to individual and cultural senses of “you” or “them” as much as it helps to express and celebrate notions of “me” or “us.” Indeed, one reason that jazz continues to fascinate and to make for such a rich area of study is that it so often serves as a crowded, even contentious forum for what are widely called issues of identity (Ake, Jazz Matters,Sound, Place and Time since Bebop, 3).

In this interview, Zenón discusses his motivations and the reasons beyond this project.

Noraliz Ruiz: References to Puerto Rican music are present throughout your discography. What was your overall approach to the concept of Puerto Rican music in Identities are Changeable? What got you interested in doing this project in the first place?

Miguel Zenón: I’ve been interested in the phenomenon that is the Puerto Rican community in the U.S. for a very long time. I have family in New York City and would visit them from an early age, so my initial curiosity was born then and it was rekindled when NYC became my permanent home in 1998. What put me over the edge in terms of jumping into this project was a book by the late Juan Flores called The Diaspora Strikes Back, on which he conducted interviews with various individuals (of Puerto Rican, Cuban and Dominican heritage). I basically wanted to take use some of Juan’s approaches from the book and put them into a musical context.

MZ: I went into the interviews basically looking for the answer to one question: What does it mean to be Puerto Rican? If there was one thing I learned from this project, it was that there is not one correct answer; it could vary greatly depending on each individual, the opportunities they were presented with and the choices that they made. I would say that my perspective on this subject has definitely broadened after working on this project. Also, I definitely feel that it applies to other Puerto Rican communities in the U.S. (and really to any immigrant community anywhere), but I decided to concentrate in NYC because it is the largest and oldest Puerto Rican community outside of the island.

NR: It is unusual for a musician to find inspiration in an academic work. How did Flores’s book The Diaspora Strikes Back inspire Identities are Changeable?

MZ: The idea for the interviews came out of Juan’s book. I just thought it would be a really effective way to get into the very distinctive experiences of each individual. But he was also instrumental to the project in many other ways. Not only was he one of the interview subjects, but the title of the project is a direct quote from his interview and it was this idea specifically (the idea of various identities being able to co-exist within the same individual) that eventually became the central element to the whole thing.

MZ:  It was different in the sense that I conducted most of the interviews before I wrote any music, so I wasn’t working from a musical source like I was on some of my previous projects. I initially planned to write a piece for each individual I spoke to, but after listening back to all the conversations I decided to write pieces based on the various themes that came out of the interviews: identity, home, language, etc.

NR: The complex polyrhythmic structure of this album is brilliantly performed by Puerto Rican drummer Henry Cole, what does it mean to have a fellow Puerto Rican leading your ensemble’s rhythmic section?

MZ: Henry’s part is especially important for this repertoire, because a lot of the music was written from a rhythmic perspective and the drum part ties it all together. I wrote it all with Henry in mind and he brought those parts to life on his own special way. There are definitely certain advantages to having another guy from Puerto Rico in the band, but I don’t necessarily feel that it’s an essential quality to have in order to be proficient with this type of music. Take Hans (our bassist) for example: he was born and raised in Austria, and yet I could think of very few bass players (or musicians, for that matter) who have a deeper sense of rhythmic understanding than he does. These guys (Luis also) are just really good musicians, never mind where they’re from.

NR: Your arrangements for large ensemble in this album are remarkable. Should we expect more of that in your upcoming projects?

MZ: This was the first time I seriously wrote for an ensemble this size, and I really enjoyed the challenge. It has definitely opened my eyes (and ears) in many ways so hopefully I’ll get more opportunities to tackle projects like this in the future

NR: How did jazz allow you to craft a new ground for Puerto Rican music?

MZ: I came to jazz late in my teenage years, and it totally changed the course of my life. It made me fall in love with music and is the reason why I do what I do. In many ways, immersing myself in the study of jazz made me want to do the same with the music of Puerto Rico, and eventually try to create a platform where both of those traditions could coexist in equal balance.

NR: What are your main challenges and ambitions as a Puerto Rican jazz musician?

MZ: I would like to continue to explore the music, history, and traditions of Puerto Rico, the Caribbean, and all of Latin America. I feel like I’m just getting started and still have a lot to learn.

NR: Who was a major influence in your development as a musician?

MZ: Too many to mention, but out of the musicians I’ve been in contact with I would probably have to single out Danilo Pérez, Steve Coleman, and Guillermo Klein. But there are many others.

NR: Have you considered the possibility of bringing your project Caravana Cultural to Puerto Rican communities in the U.S.? [Voices readers: check one of the stops of the caravana in Aibonito, Puerto Rico and Armonía, the documentary that came out of it.]

MZ: I would love to. Hopefully the opportunity will come in the near future.

NR: How has New York shaped your jazz career, and how important is the city in terms of what you're currently pursuing?

MZ: The greatest jazz musicians in the world are in or around NYC, so it is very important for me to be around them and feel like I’m part of the things happening in this city. Both my music and my playing would probably sound a lot different if I was living somewhere else.

NR: Tell us about your upcoming performances and projects.

MZ: We have a lot of dates this year (and next year) to promote the music on this recording. We’ll be in Brazil, Australia, plus a bunch of places in Europe and in the States. I’ll also be touring extensively with the SFJAZZ Collective both in the spring and fall. Another thing I’m very excited about is a piece I wrote for the M.I.T. Wind Ensemble, which will premiere in early May and is titled “Music as Service”.

NR: What is Miguel Zenón listening to?  Would you recommend two other Puerto Rican artists to our readers that you feel deserve their attention.

MZ: Lately, it’s been D’Angelo, Joni Mitchell, Thomas Ades, Bjork, Pirulo y La Tribu, Joe Henderson, and a lot of other stuff. A couple of younger Puerto Rican musicians that come to mind would be Mario Castro and Jonathan Suazo. Both young saxophone players (tenor and alto respectively) and both extremely talented and hard working.

MZ: Being born and raised in Puerto Rico my experience and perspective was very different than the individuals I interviewed; this idea of having various “national identities” is not something that I’ve experienced myself. But, after working on this project, I feel that I have a better understanding of their point of view. I’ve been in the states for half of my life (19 years) and even though my formative years were spent in Puerto Rico, many of my most significant life experiences have occurred while being here in the U.S. On top of that, the whole idea of "what we pass on to the next generation" is also something that I’ve experienced first-hand because our 3-year old daughter (Elena) was born in NYC. And even though we try to keep her exposed to our traditions, language, etc., eventually it will be her choice to determine what the road to her identity will be like. And that’s something that we’ll have to honor and respect.