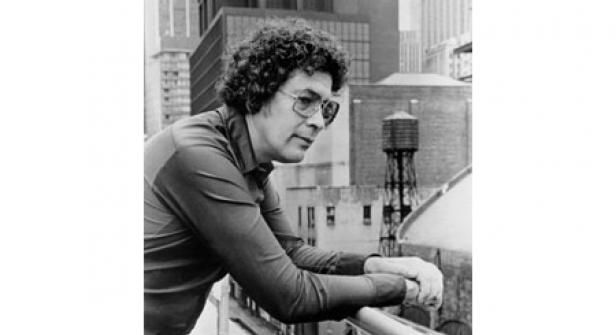 On April 29, eighty-six years ago in Brooklyn, Raymundo Barretto Pagán (1929–2006) was born. Barretto was, like one of his old employers, maestro Tito Puente, the quintessential Nuyorican—a person of Puerto Rican descent born and raised in New York City. It gave Ray the advantage of growing up with his own native Puerto Rican culture and that of Afro-Cuban music and jazz. By the time he was two, his family had moved from the Red Hook section of Brooklyn to Manhattan's eastside enclave of Puerto Rican, Cuban, and Italian culture, El Barrio, aka Spanish Harlem. At seven he moved to the South Bronx. His boyhood friends included pianist Eddie Palmieri, bassist Dave Pérez, timbaleros Orlando Marín, Manny Oquendo, Mike Collazo, Benny Bonilla, and record store owner and producer Al Santiago. The blind virtuoso of the Cuban tres, Arsenio Rodríguez, would invite him to participate in rumbas at his apartment and the Club Cubano Inter Americano on Prospect Avenue. Barretto was also influenced by the music his mother listened to, such as Daniel Santos, Bobby Capó, and Trío Los Panchos, while at the same time in the neighborhood he could hear Arsenio Rodríguez, Machito, and Marcelino Guerra performing at local clubs. 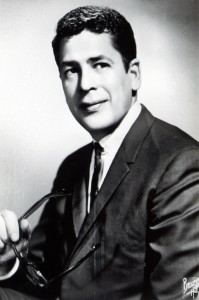 In 1946, when he was seventeen, Barretto enlisted in the U.S. Army. While stationed in Germany, Ray fell in love with jazz. He was inspired by Dizzy Gillespie's recording of "Manteca," which featured Chano Pozo on conga. When he returned home he bought some bongos, but he really wanted a conga drum so he spent $50 on one at what was most likely Simón’s Bakery in Harlem. Back in the 1940s and 1950s, if you needed congas or bongos you couldn’t always stop into your nearest music store. Back then, many of New York’s Latin music percussionists went to the Moderna Bakery located at Lenox Avenue between 115th and 116th Streets, which was owned by Simón Jou. Simón was an Afro-Cuban émigré from Havana; it was not surprising to find a Cuban bakery on Lenox Avenue in the middle on Harlem because since the 1930s Black Cubans had been settling in the area between Lenox and Lexington Avenues from 110th to 118th St. Mario Bauzá, the musical director for Machito and his Afro-Cubans, had arrived from Cuba in 1926 and fell in love with Harlem, where Blacks lived and worked. Being Afro-Cuban himself, when Simón returned and settled in New York City in 1930, this is where he chose to reside. Most musicians remember Simón as a tall, white-haired, kindly gentleman. Though he was kind, when it came to drums, he was very strict. If you stopped in requesting a drum or skins for drumheads, he would make sure you were a serious drummer. He would tell you, “Siéntate,” and ask you to play a basic tumbao (repetitive rhythm) on one of the drums he had hanging in the room behind the bakery. If you passed this test you could buy one of the drums. If you wanted a custom-made drum, he would trace your hand on a piece of paper so he could get a drum head of the correct size.

Willie Bobo took me there. I just went with him at first because he was buying skins, but I kept going back there. After you buy the drum you have to go back periodically because you have to buy new skins and attach them yourself with nails. I used to go back every week because I liked what he had. I would notice, I didn’t recognize them at first, but as I got older, I noticed I was looking at all the stars of Latin music and rhythm. All the drummers—(José) Mangual, Mongo (Santamaría), Chonguito (Vicente)—he was the drummer for Tito Rodríguez. . . . They would all hang out there in the back. It was like an open door—you could see right to the back where all the drums were, and they would be sitting there every day, except when they had to go down to the union. He (Simón) had all the skins in a big box, thin, heavy, depending on how heavy your hand is. For example, I would have to buy a thin skin to get a sound. Luis Miranda, Ray Barretto would get a thick muleskin because their hands were like hammers. I wish there was more history on Simón because he did a lot for musicians. That was the only place you could go for drums in the 1940s.

After choosing the instrument which would make him an icon, Ray began working with Eddie Bonnemere, José Curbelo, and Tito Puente, as well as numerous jazz artists on recordings during the 1950s and into the 1960s, including Dizzy Gillespie, Oliver Nelson, and Rudy Van Gelder; and he worked on pop records as well, such as Sympathy for the Devil by the Rolling Stones.

Becoming a bandleader in the early 1960s, he had success with a charanga-style ensemble (a Cuban dance band that utilizes flute and violins), forming La Charanga Moderna in 1961, incorporating the trumpet and trombone within the traditional style. In 1962 he released the album Pachanga with Baretto. In 1962, TICO Records recorded the album Charanga Moderna that included “El watusi.” With this song he became the first Latin music musician to make the Billboard's Top 20 pop chart. 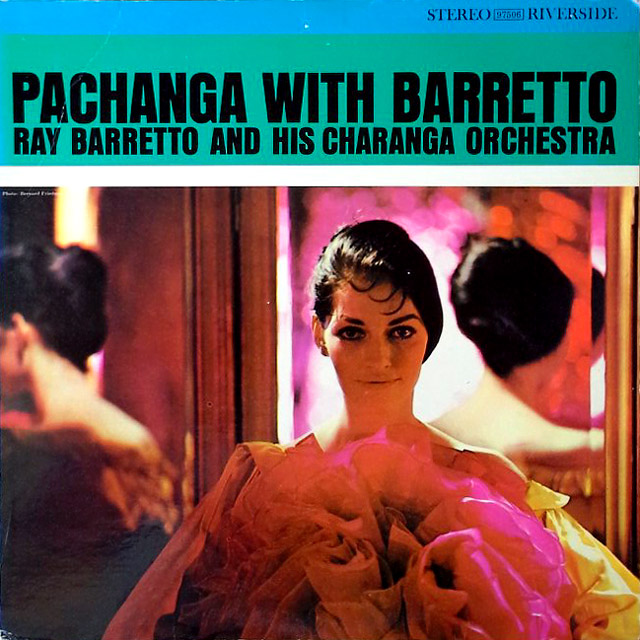 Ray signed with FANIA in 1967 and was given complete freedom to express his love for Cuban-based dance music combined with a jazz aesthetic. Ray stated, "Jazz has always been at the core of what I do musically." After signing with FANIA he dropped the charanga format he had been using and formed a conjunto (a small Cuban-style group utilizing two trumpets). He then started to compose tunes that mixed R&B with Afro-Cuban elements—what came to be called Latin bugalú. His early FANIA recordings include Acid, Hard Hards, and Together. These first three albums redefined the Cuban conjunto sound that Arsenio Rodríguez had developed in the 1930s, with a harder edge reflecting New York City’s urban environment.

Barretto received a blow when in 1972 his best musicians—Adalberto Santiago, Orestes Vilató, John “Dandy” Rodríguez, René López, and Dave Pérez—left his orchestra to form the band Típica 73. Depressed, he put together an album project for FANIA that showcased his jazz ethos, The Other Road, which featured the legendary jazz rock drummer from Panama, Billy Cobham. Ray finally retuned to the world of salsa in 1973 with an explosive comeback album entitled Indestructible.

In January of 2006, Ray was given the National Endowment of the Arts Jazz Master Award, the highest award a jazz musician can achieve in the United States. A fitting tribute to this son of Brooklyn, El Barrio, the Bronx, and jazz.


© Bobby Sanabria and Elena Martinez. Published by permission in Centro Voices on 24 April 2015.