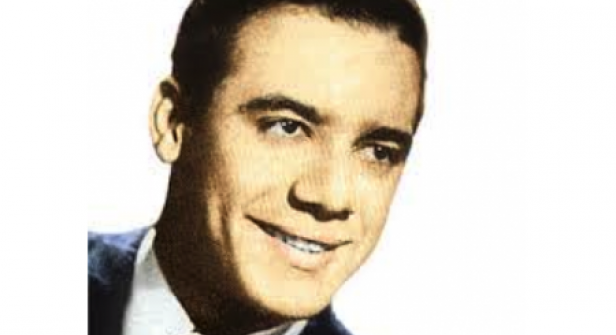 Félix Manuel Rodríguez Capó, better known simply as Bobby Capó, was born in 1922 on New Year’s Day in Coamo, Puerto Rico. His career as a vocalist made him popular throughout Latin America, but he was also known as a composer—he wrote thousands of songs in various styles. But it was his boleros that have been recorded by many leading performers including Vitín Avilés, Gilberto Monroig, Los Tres Reyes, Trío Los Panchos and Felipe Rodríguez "La Voz", among others, which have brought him his greatest fame.

Capó’s career coincided with the emergence of radio broadcasts in the Caribbean. The first official use of the airwaves in Puerto Rico was in 1922, but radio developed slowly. The population in Puerto Rico was poor and many couldn’t afford radios. But by the 1930s, the radio had become a way for U.S. companies to advertise, and it sponsored programs that provided an outlet for orchestras who had fewer platforms for performances with the decline of silent movies. The few radio stations showcased new talents from the island as well as celebrated returning musicians from New York City. By the end of the 1930s, the island was slowly coming around to the new medium, and more people in small towns and rural areas found a way to listen to radios: young people would gather at cafetines at lunchtime to listen to daily broadcasts of groups like Cuarteto Mayarí—a group that was becoming very popular in New York City.

Bobby Capó was originally discovered by the talent scout and radio show host Rafael Quiñones Vidal during a high school talent search. Quiñones hired Capó to sing one song a day on his radio show, which earned Capó $1 a day. During this time, Cuarteto Victoria led by Rafael Hernández was traveling through Puerto Rico on tour. Their vocalist Davilita [Pedro Ortiz Dávila] became ill so Capó was hired to take over some of the singing duties. It was at this time he decided to use his mother’s surname as his stage name since Rodríguez was too common. This dream job only lasted for a few months—Capó left while they were touring Colombia. Capó related a story to Ruth Glasser explaining how this came about. One evening on tour while at a hotel he saw Rafael Hernández seated at a piano composing a beautiful song and he asked Hernández if he would be the one to sing it on a future record (his dream had always been to interpret the wonderful songs composed by maestro Hernández). But Hernández didn’t want the young man to record his music because he thought at seventeen years of age Capó’s voice shook too much.

Disappointed, Capó left the tour and traveled to New York City, arriving in July 1940. As it turned out, this was a good time to get into the Latin music scene emerging in the metropolis. The Puerto Rican community had grown rapidly between the two World Wars and, at the same time, New York City became the world’s capitol for all things related to the music industry: recording, sheet music, piano rolls, and the radio. The late 1920s and early 1930s also saw the rise of theater shows, films, and variety shows organized by professional promoters—all of which needed musicians. So as Puerto Ricans were migrating to New York, the musicians among them found a welcoming environment to make their own music as well as to take part in the many Cuban ensembles that were gaining in popularity. According to scholar Ruth Glasser, “New York City gave birth to the golden age of Puerto Rican small-ensemble music” (1995: 130). 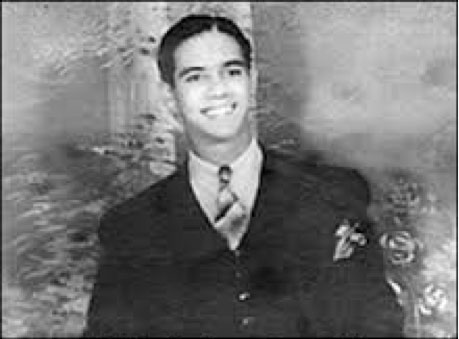 When Capó arrived in New York City, his first job was a recording session for Columbia Records with Cuarteto Marcano—ironically recording compositions by Rafael Hernández. In what must have seemed odd to Capó, during a subsequent mixing session for the Marcano recording, Rafael Hernández heard Capó’s versions and wanted Capó to record them with him for RCA. Capó refused on the ground that he thought that it would be unethical. Soon after, he served a brief stint with Xavier Cugat’s orchestra, replacing Miguelito Valdés, who couldn’t make a recording session. (This band had been a breeding ground for vocalists who included Machito [Frank Grillo], Tito Rodríguez, Miguelito Valdés, and Desi Arnaz, to name a few). It was here he sang what would become one of his most famous hits, “Bésame Mucho”, a standard by Mexican songwriter Consuelo Velázquez. The Capó and Cugat version inspired dozens of artists to record the song, including The Beatles.

This remarkable accomplishment aside, Cugat refused to hire him for performances since his orchestra was playing the downtown hotels and, at that time, musicians had to be light-skinned to play in those venues. Cugat told Capó, “What a pity you are so dark.” All of the bandleaders of this time were constricted by this racism, including Capó’s fellow countryman, bandleader Noro Morales who had the same policy (Glasser 1995: 76), though Capó would later record with Noro for Decca Records (Interview with Ruth Glasser).

Besides interpreting the songs of others, Capó also became a prolific songwriter, especially of the ballad form, the bolero, and many of his songs became popular throughout Latin America. He had begun composing at the age of 12. “I really didn’t feel like being a singer, I wanted to compose songs. Singing was an accident when I couldn’t go to college” (Interview with Ruth Glasser). His signature composition was “Piel canela” (“Cinnamon Skin”). Capó recorded it in Havana at the request of Rogelio Martínez, the leader of the famed Cuban orchestra the Sonora Matancera. 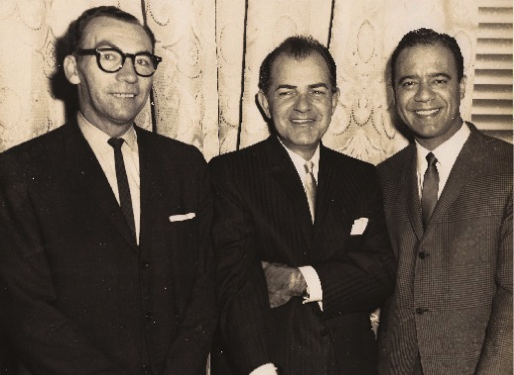 Some other Capó songs that became well known were “El negro bembón,” "El negrito de Alabama," “Sin fé,” “Soñando con Puerto Rico,” "Luna de miel en Puerto Rico" and the Christmas classic "De las montañas venimos." The first was recorded by Cortijo y su Combo in the 1950s. It told the story of the racial killing of an Afro-Puerto Rican (and in the mid-1960s, with the name and location changed, the song "El gitano Antón" became a big hit in Spain for the Catalan singer Peret). The second, also written for Cortijo y su Combo, tells the story of the lynching of a Black man in Alabama. His song, “Sin fé,” (also known as "Poquita fé") was also recorded in the 1950s by Felipe Rodríguez “La Voz” and again in the 1960s by José Feliciano—for a joint version of the song by Felipe "La Voz" and José Feliciano click here. The song “Soñando con Puerto Rico” (“Dreaming of Puerto Rico”) would become revered as an anthem by Puerto Ricans in the diaspora. Like "Piel canela," "Luna de miel en Puerto Rico" also served as the title for a joint Mexican and Puerto Rican movie (1969).

Capó was very creative as a composer. He commented that he would grow tired of constantly singing boleros so he tried to come up with something different. One time, while watching a movie at a 42nd Street Theater, he received inspiration from the song stylings of the movie’s star, Maurice Chevalier. From this he got the idea for the song, “Para que tú veas,” which he developed as the bolero rítimico style. This utilizes the rhythmic cadence of bolero but at a faster, more upbeat tempo.

Capó was prolific in his compositional abilities. According to drummer/percussionist Bobby Sanabria, who occasionally worked with Capó,

He literally had thousands of songs that he had written catalogued by styles—sambas, bossa novas, son montunos, boleros. etcetera. He bragged that he usually wrote two to three songs a day. He played pretty decent piano and would pick something out of his song files and accompany himself. And the songs were not just in Spanish. The sambas and bossa novas were in Portuguese, the calypsos in English. He even wrote rock ‘n’ roll tunes. (personal communication)

In 1948 he married Irma Nydia Vázquez, a former beauty pageant queen and the daughter of a wealthy Puerto Rican industrialist. The marriage was frowned upon by her family, and he used this experience to inspire the song, “El bardo” (“The Bard”). “El bardo” tells the story of a pauper who dies heartbroken after his wealthy love prospect marries another man, and she becomes heartbroken by her first love’s death. The song was a huge hit for Felipe Rodríguez “La Voz” in the early 1950s, and has been covered by many others (including a humorous parody by José Feliciano in which he replaces the romantic couple with a taxi and a bus).

During the early 1960s Capó and his family lived in Mexico City. When there was news of an upcoming state visit to the country by the U.S. president, John F. Kennedy, the Mexican president suggested that all local songwriters write an ode to him. Capó instead decided to write a song about Jacqueline Kennedy (“Jack, Jack, Jackie”), with lyrics that suggested that JFK should look after her otherwise he (Capó) would make passes to her. According to biographers, Capó was bold enough to hum his song while in the receiving line at the Mexican presidential residence.

Beginning in 1966 Capó hosted a TV show on New York’s Channel 47 (Telemundo) which lasted for four years. During one show someone called the station had asked him his opinion about the current governorship of New York City. This was his entryway into politics for he soon became Deputy Campaign Manager for Nelson Rockefeller’s fourth run for New York State governor in 1970. Later in the decade, for four years (1977–1980), he directed the Puerto Rico Department of Labor's Division of Migration.

During the 1980s Capó maintained government posts and he continued to have special engagements at exclusive "black tie" events and occasionally flying back to Puerto Rico to have special appearances on television programs and ceremonial dedications as well. Bobby Capó died in New York City December 18th, 1989.

Bobby Capó, as well as other Puerto Rican composers and vocalist such as Rafael Hernández, Pedro Flores, and Daniel Santos, are recognized for creating a uniquely Puerto Rican sound that resounds until this day throughout all of Latin America and the United States.

The Records of the Office of the Government of Puerto Rico in the United States,1930-1993, Finding Aid. Center for Puerto Rican Studies.