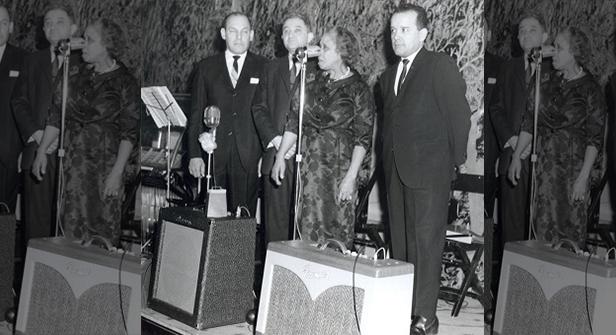 From about the 1920s onwards, if you were among the thousands of Puerto Ricans who arrived to New York City by steamship—typically a five-day journey—then there was a good chance that a petite, five-foot three-inch black Puerto Rican woman named Antonia Denis, or Doña Antonia as she was known, was going to find you, register you to vote, and make sure that you went to the polls on election day. She did this work for decades, laying the foundation for the political enfranchisement of the Puerto Rican community during the latter half of the 20th century.

Of course, it could be argued that the small, but growing number of Puerto Ricans in Brooklyn that had settled along the Brooklyn waterfront; in neighborhoods such as Red Hook, Williamsburg, Borough Park, and the Brooklyn Navy Yard; had no choice but to organize themselves. For one, they faced a much harsher reality than their Manhattan counterparts in Spanish Harlem, a neighborhood that already become the cultural and commercial hub of the Puerto Rican community. Many of those new arrivals were merchants and professionals, while the Brooklyn community was decidedly working class, living in poor quality housing with fewer opportunities for employment.

Enter Doña Antonia, a one-woman voter registration drive who was known to open her home as a boarding house for new arrivals with nowhere else to go. She arrived in New York City just after the First World War, most likely following the death of her husband in 1917, on a steamship called the Caracas. In the 1920s, Denis quickly became active in a number of social and political organizations such as the Betances Democratic Club and Hijas de Borinquen, both of which she helped found. The Democratic Party would also rely on Antonia, along with many other Puerto Rican activists, to coordinate voter turnout in Brooklyn, for decades to come. Denis later worked alongside noted civil rights activist Gilberto Gerena Valentin on a Pan-Hispanic Parade that would evolve into the National Puerto Rican Parade. The tireless activism of this Toa Baja native, however, is all but forgotten save for a few historical footnotes and a small archival collection housed at the Brooklyn Historical Society.

Denis is, for example, briefly mentioned in a biographical sketch of community activist and union organizer Patricia Rodriguez. Rodriguez, who arrived in New York City as part of the massive wave of migration of Puerto Ricans that began in the late 1940s, was able to build upon the foundation established by activists such as Doña Antonia. Moreover, Rodriguez admired Denis as both a pioneer and elder statesperson of the Puerto Rican community in Downtown Brooklyn, and together, the women helped found a cultural organization called Casa Puerto Rico.

Magdalena Carrasquillo, a woman interviewed by the Puerto Rican Oral History Project in 1974, recalled that it was after meeting Doña Antonia that she voted for the first time in her life. “Ayudaba mucho y trataba de que los puertorriqueños votaran para que tuvieran derecho,” she said. Another woman who was also interviewed by the Puerto Rican Oral History Project, Carmen Fortun Gonzalez, went as far as to say that Doña Antonia deserved a statue or at the very least some kind of recognition of the work she had done on behalf of the Puerto Rican community in Brooklyn.

Unfortunately, the work of Doña Antonia—the unglamorous, laborious, repetitive, and often thankless work of registering voters and making sure they went to the polls—is not always part of the historical record. Yet it is the same kind of work being done today, in places like Central Florida and the South Bronx, by volunteers, community activists, passionate individuals who carry on the legacy of Doña Antonia, whether they know it or not.

Ahead of 2018 Loisaida Fest, A Tribute to the late Adela Fargas of Casa Adela