Dutchiricans: A Latino History in Central Pennsylvania, "On Women & Photography" 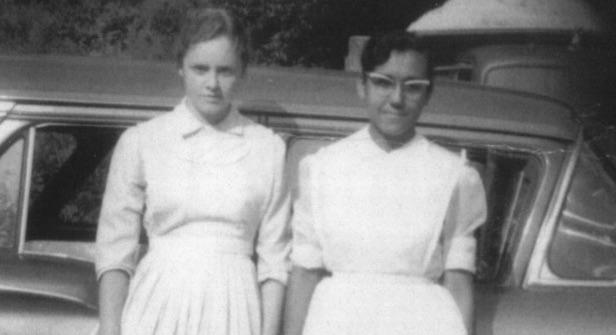 For a people or a family, photographs are as important as stories in building a collective history. As a Puerto Rican professor in Central Pennsylvania, I am acutely aware of the negative mental images and narratives that many white Pennsylvanians have of Puerto Ricans and other Latinos. My own photography Caras de Lebanon wanted to counter those images with Latinos enriching the region through their businesses, professions, as well as cultural activities. Because this was a public history exhibit, we also wanted to show how other photographers have documented this history, and so we included Rolfe Ross’ 2006-7 work on Latinos in Lackawanna County as well as a few photos from Frank Espada’s Puerto Rican Diaspora from the early 1980s. We benefitted from people who shared with us their personal photographs as well as Mennonites who sought to document their religious history.

Many Latinos shared personal stories and photographs with myself and my husband. They spoke about their families, jobs, and about how they built communities and kept their culture alive. Their photos helped guide their memories and illustrated the stories for us, as several opened their family albums to narrate the past and the present. One of the first people to tell us about Don Jorge Gonzalez was Maribel Gonzalez. When her family came to Lebanon in the 1970s, the only Spanish-language church was Don Jorge’s, and when her family needed help, he arranged for her to stay on a Mennonite farm. Maribel showed us pictures of herself in the “plain” dress that many conservative Mennonites still wear. A similar photo is that of Ramonita Rivera Santiago, (courtesy of the Jo Ann Hess Seigrist collection of the the Lancaster Mennonite Historical Society).

In the summer of 2015 we visited Aibonito to discover the legacy that young Conscientious Objectors had left there during of WWII. Again, photography found a way into that narrative. A native of Aibonito, Don Miguel Merly, volunteered to show us evidence of how the Mennonites had “woken up the whole island” as he said, back in 1943. The Aibonito Mennonite Hospital proudly displays photographs of how Mennonites helped counteract the extreme poverty and disease in those days. On the left, in the past, was a malnourished baby; on the right, in the present, are Puerto Rican surgeons and nurses engaged in complex surgery. As we were looking at the pictures, out of nowhere don José el gallero introduced himself and told us how his younger brother was one of the babies that had been nursed by the Mennonites. Don Miguel and don José, like many others we talked to, knew part of this history and seemed proud and honored with the Mennonite and Puerto Rican interactions that took place on the island. From 1943 to the 1970s, several hundred Mennonites worked in the Aibonito area. Their family photographs provide an important documentary source of information about Puerto Rico’s history. Libia M. González López’s Puerto Rico en fotos: La colección menonita 1940-1950/Puerto Rico in Pictures: The Mennonite Collection 1940-1950 documents the Puerto Rican highlands as it was changed by paved roads, electricity, and modernity. A lot of those pictures—most of everyday life—where taken by women, as they turned the camera to other women and their families. With these everyday occurrences, especially when image is contextualized with narrative, we can construct history.

My photographs focus on the Latino community in Lebanon, PA. Almost every photo bears the imprint of the community’s de facto leader, Guadulpe Barba. She owns a restaurant and bodega with her husband Sergio, and is the most community-minded person I have ever met. She told me of people and events I had to photograph; many told me a story about how Guadalupe had helped them, and then that “if Guadalupe wants me to do it [participate in the Caras de Lebanon project], let’s do it.”  One example is don José Soto who plays the cuatro every Sunday at St. Benedict’s Church. Francisco Peña demonstrated the transnational practices of many Dominicans we met, who would much rather own their own business than work for someone else. A photo entitled “Barberos” shows a mix of Dominicans and Puerto Ricans in front of Peña’s shop. Doña Rosario, or Chayo, and a group of volunteers from various nationalities make tamales to celebrate the Virgin of Guadalupe, the Mexican Patron Saint, on December 12. The Mexican celebration of La Guadalupe brings Latinos to St. Benedict Catholic Church to celebrate with music, dancing and a reenactment of her miracle. This celebration is better described in one of two posters of the exhibition that focus on women.

Virgen de Guadalupe portrays some photographs I took during this celebration. The one at the top of the two girls praying in front of the Virgen mirrors the adoration of Juan Diego to the Holy Mother in 1531. The 16th Century origin story involves mostly men (Juan Diego, the Bishop of Puebla Juan de Zumárraga) and the Virgen morena. By contrast, the celebration at St. Benedict’s church involved more than forty women, and a few men, namely those who carried the Virgen and the priest. More typical of the event is the image at right, which shows a young woman shortly before dancing. Absent from the photos are the countless hours spent making the dresses, organizing the rehearsals, and cooking the food. Without the participation of these women, the celebration of the Virgen would not be the same.

Mennonite Women displays images from family albums some participants shared with us. At the top right is the family of Ramonita Rivera Santiago. This very traditional image of a family does not make visible the sacrifices a migrant workers have to make in order to adjust to a new place. Santiago’s family story of migration from Puerto Rico and inclusion in the Mennonite Church is described by Shirley Boll in At every gate a Pearl (1986). The narrative makes evident some of those sacrifices and difficulties. At the bottom right is a photo of “Grandma Ortega,” the Mexican woman provided one of the first meeting houses for the Latino Mennonites in Central PA (Lancaster Mennonite Historical Society). Many Puerto Rican Mennonite family albums include images like this third one, representing different people singing and playing, therefore enjoying their lives as part of a community (Miriam Lauver). A group of Mennonites—conscientious objectors of World War II—went to Aibonito, Puerto Rico in 1943. Many of worked alongside Puerto Ricans as doctors and nurses. Their service was the first step that led to founding of schools and the Mennonite Hospital in that and other towns. The legacy of collaboration between equals is still felt today, as is evident in a growing community on both on the island and in the United States. (Aibonito Mennonite Hospital)

The Dutchirican exhibition hopes to make visible the history and culture of Puerto Ricans and other Latinos in Central PA by identifying commonalities and also differences among some of these groups that are currently changing the region. Women played a key role in taking and preserving family photographs; as kin keepers and community leaders. I benefitted from their help in identifying people and events to document. The Mennonite story, like that of migration, reveals itself to be a transnational project, with roots in both the US and Puerto Rico. In short, photography is an important aspect of revealing that history to ourselves, and to the community.

"Dutchirican: Latino History in Central Pennsylvania" will be on display at the Suzanne H. Arnold Art Gallery at Lebanon Valley College from June 30th to August 13th. For more information, click here.