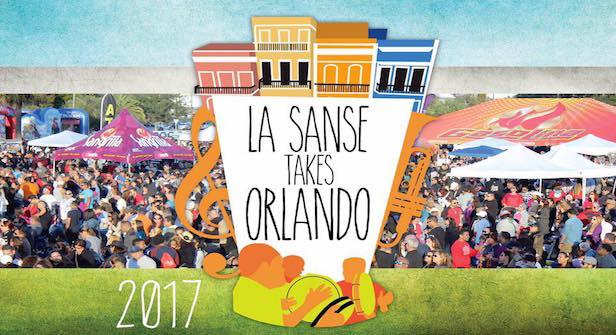 The San Sebastián Street Festival in Puerto Rico, or La SanSe, which dates back to 1954, has made its way stateside in recent years, with 2017 celebrations planned in Boston and Orlando. Fiestas de la Calle, Miami, which was scheduled for its second year, was canceled for logistical reasons (with the intention of returning in 2018). For those living in the Boston area, the Villa Victoria Center for the Arts has partnered with The Theater Offensive to launch their inaugural La SanSe celebration. Yet the largest and longest running festival happens in Orlando, where an estimated 400,000 Puerto Ricans live in the metropolitan area.

La SanSe is annual street festival that takes place in Viejo San Juan, beginning on the the Thursday of the third week of January and lasting until Sunday. It honors the Christian saint and martyr Saint Sebastián whose feast day is celebrated on January 20th. According to sources, the festivities “were organized by Father Madrazo, parish priest of the San José Church in Old San Juan with the purpose of raising funds in order to repair various church buildings.” Years later, the festival was discontinued, only to be revived in 1970 by anthropologist Ricardo Alegría who “suggested to Rafaela Balladares de Brito, resident of San Sebastián Street, to resume the festival celebration.” Again, with philanthropy in mind, the festival raised money for an elementary school, the Colegio de Párvulos, which is located on the same street. (To learn more about the festival’s history, click here). Nowadays, more than 200,000 people attend the San Sebastian Street Festival each year. And for many, it marks the end of the long holiday season in Puerto Rico–with traditional music, dancing, food, local artisans, and cabezudos of important figures; among the festivities.

La SanSe Takes Orlando officially began in 2015, though festival organizer Javier Rivera had been organizing San Sebastián celebrations in the area as early as 2009. Those events were relatively small in comparison, typically hosted by local businesses–until 2014, when around 7,000 people unexpectedly showed up. That prompted a move to a bigger venue the following year–Festival Park in Orlando–and so La SanSe Takes Orlando was born. Now in its third year, the festival has continued to grow in size and reputation. Rivera says that people travel from all over Florida state and Puerto Rico to attend La SanSe Takes Orlando, which takes place January 14-15th. Last year for example, the festival averaged 22,000 attendees per day, and this year he expects that number to reach 30,000; which is why the two-day event has been moved to yet another venue, the Central Florida Orlando Fairgrounds.

The event is free and open to the public, with over two dozens sponsors. Musical acts include La Tribu de Abrante, Andrés Jiménez, Vico C, Plenealo, and several DJ acts, among others. Atención Atención, the well-known children’s act from Puerto Rico, will also be performing. In addition, actor and philanthropist Raymond Arrieta will be honored by the festival, and news anchor Carmen Dominici has been named Madrina of La SanSe Takes Orlando.

Like Three Kings Day before it, La SanSe is a reminder of home, of traditions that originate on the island, but find roots in the diaspora as well. El Museo del Barrio, for instance, celebrated the 40th anniversary of its annual parade in East Harlem. La SanSe Takes Orlando could be the start of the long-running tradition that may one day rival the original. For now, Rivera hopes the festival will continue to grow and possibly expand to more cities, giving Puerto Ricans stateside something extra to look forward to during the holiday season.