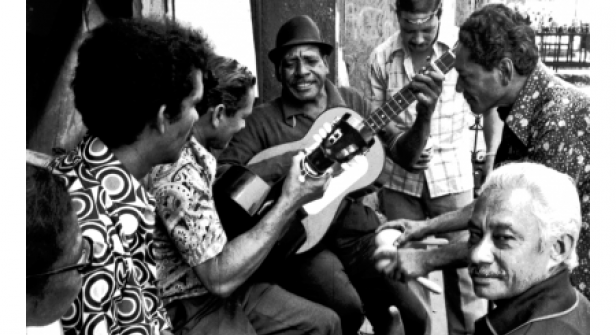 Not long after the U.S. took over Puerto Rico in 1898, the response of the island's elites took shape, influenced by the development of a Hispanic heritage-based nationalism. I argue that such hispanophile nationalism is at the core of island-based anti-migration and anti-diaspora narratives. Further, I propose that such nationalist discourses can be understood as a re-creation of the pre-1898 Peninsular-Criollo insular dichotomy.

In Spanish-ruled Puerto Rico, peninsulares, those born on the Iberian Peninsula, occupied a commanding position over their island-born Criollo elite counterparts, just because of their place of birth. Within this colonial dichotomy, an island birthplace made you inferior. It hybridized and bastardized your identity. Of course, there was a problem that Peninsulares did not consider—that their children would be born in the Americas, hence inheriting the “defect” of their birthplace. So, Peninsulares had to be somewhat flexible with the Criollo elites. The Criollos also had the wealth that most Peninsulares did not, and that allowed for the unhappy marriage of the two elite factions.

Such attitude is also present among Insular Puerto Ricans newly arrived to the states—especially if they move to non-traditional areas of Puerto Rican settlement. However, just like the obvious faulty logic and expiration date of pre-1898 Peninsulares, the migrant Insular Boricuas soon run into the problem of having their children being born or raised in the States, thus inheriting the birthplace defect that nationalist popular discourses attributed to previous waves of U.S.-born Puerto Ricans.

Another factor adding to the “un-Puerto Rican character” of mainland-based Puerto Ricans is language. And again, the identification of language with identity is also part of nationalist discourses. The supposed inability to speak proper Spanish has been traditionally presented as evidence of the cultural degradation of migrants and mainland-based Puerto Ricans. Ironically, claiming the Spanish language as a marker or definer of Puertoricaness is something that Puerto Rican revolutionaries in their quest for independence from Spain never did. There is an obvious reason for this. Spanish was the language of the metropolis, the language of the oppressor. There was no way that an independence and anti-Spanish movement could claim the Spanish language as a definer of Puertoricaness. However, very tellingly of the hispanophile nature of early independence and nationalist movements, under U.S. sovereignty, Spanish becomes a definer of Puertoricaness.

Thus there are two main identifiable markers traditionally used to signal identity within nationalist narratives: 1) belonging to the land or having the island as one’s birthplace; which accounts for the organic or natural component of identity and 2) language, which provides the cultural aspect of one’s identity. Please note that the cultural component is not enough to make you fully Puerto Rican—at least in very conservative nationalist narratives, the land and the place of birth give you a natural claim to your identity. Hence, the nationalist narratives which are so dominant among Insular Puerto Ricans not only depict U.S.-born Boricuas as not truly Puerto Rican but also portray migrants as falling prey to assimilation and cultural degradation. They are presented as losing their Puertoricaness.

A good example is found in Ana Lidia Vega’s short story "Pollito Chicken." Suzie Bermudez, the main character of the story, a Puerto Rican who migrated as a child to New York, is back in Puerto Rico on a vacation. She is presented as a type of pitiyanqui—simultaneously ashamed of her Puerto Rican heritage, and also a shameful example of the bastardization of Puerto Rican identity, due to migration and Yanqui assimilation. At the end, she is made whole after having an orgasm courtesy of a trigueño macho Puerto Rican bartender, who somehow allows her to regain her political consciousness via penetration, to the point that in her climax she screams: "Viva Puelto Rico Libreeeeee!" A way of reading this is by understanding Suzie as the land waiting to be conquered and then plowed by her conqueror and lord, which gives her/it meaning and purpose. Both the land and its rightful utilization are conspicuously used in nationalist discourses. But at any rate, the Insular Puerto Rican regenerates Suzie, the degraded assimilated migrant, by penetrating her like no gringo could.

Examples of the “negative” effects of migration and “exile” abound. After Julia de Burgos’s death in New York, her passing came to be interpreted by some as an example of what the “exile” does to Puerto Ricans. As my colleague Consuelo Martínez has argued, she is presented as a “…martyr pushed to death by her diasporic experience in New York.” That image goes beyond literary production, and beyond class boundaries. It is previously found in newspapers during the First World War period—a time when a substantial migration of Puerto Rican labor to the US took place. 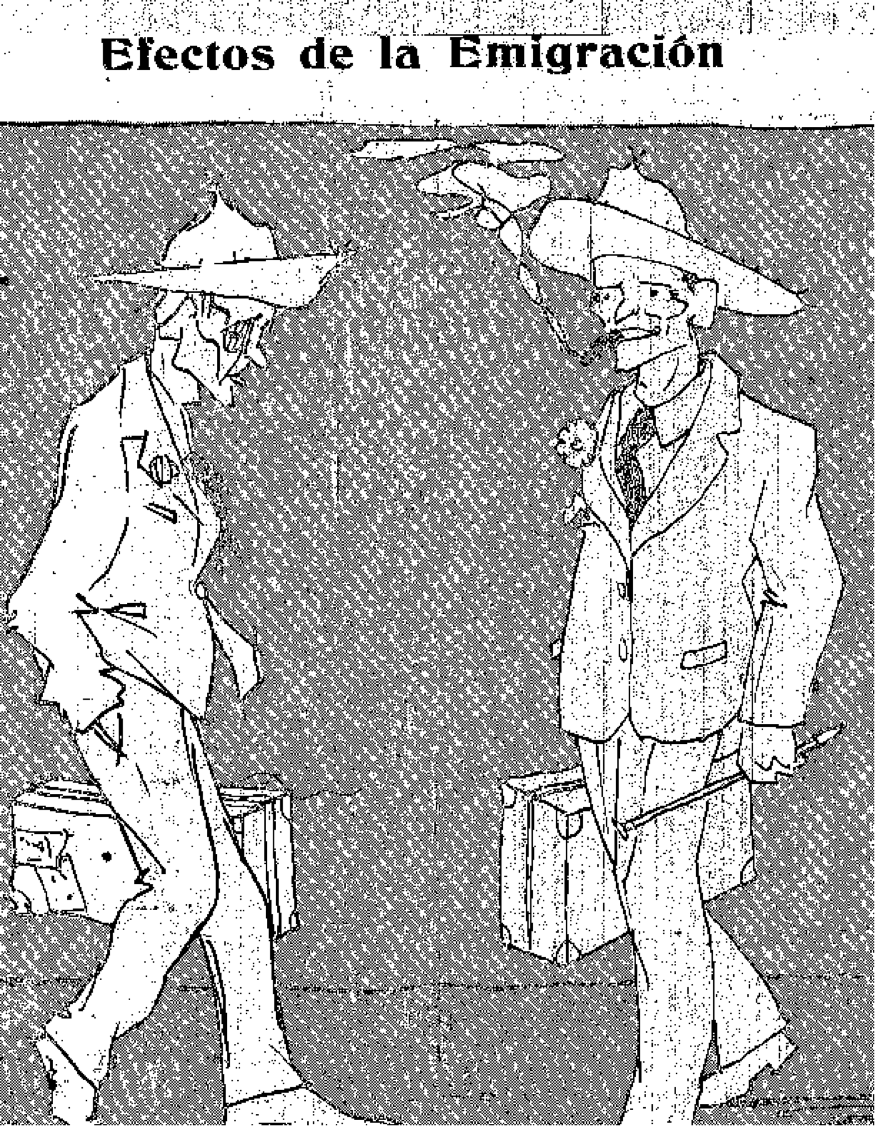 The degradation of Puertoricaness outside the island is also found in popular mythology. Who is not familiar with the old tale that the famous Puerto Rican frog (el coquí) can’t survive outside the island? Regardless of weather or care, the coquí will die outside Puerto Rico because it does not belong anywhere else. The people of Hawaii might have a different opinion on the matter as they consider the coqui—now everywhere in Hawaii—an obnoxious plague to be dealt with.

Either this is a political ploy paying lip service to the recent migrants' dream of returning home or the Insular Puerto Ricans, having political power but being economically weak, see in the States-based and migrant Puerto Ricans an economic opportunity. Hence the Insulares' willingness to engage with the new Criollos—the state-based Boricuas.

That “return to the patria” narrative might be very enticing to a population that has always been told “you are not Puerto Rican,” “you are not Puerto Rican enough,” “you don’t even speak Spanish,” “you have never been to the island,” “you left the island,” “you don’t know the culture.” A population that has heard from U.S.-based elites and, sadly, even from academia, “you don’t belong here in the U.S. and you never will.” Hence, just like the pre-1898 Criollos tried to prove their españolismo, some in the diaspora go to extremes to “preserve” or “recover” their Puertoricaness—for example, by sending their children to Puerto Rico so they can reclaim their roots and culture just as Criollo and Peninsular elites sent theirs to Spain.

At least publicly, a few members of the island's government appear to be interested in fomenting a return, the island’s public via social media engages in a type of migrant-shaming most notably represented by the all too common one liner, “La patria se hace trabajando.” This phrase not only accuses Puerto Rican migrants of laziness, but also of lack of patriotic feelings and true love for the island.

In early February, El Nuevo Día, the island’s leading newspaper, published two articles dealing with the current exodus. In one of them, a Puerto Rican engineer explains her reason for leaving the island. In the other, a non-Puerto Rican explains the top six reasons for staying on the island. From the latter, we get a reproduction of “la patria se hace trabajando” in the form of “there are opportunities here [on the island] life isn’t easy, but those who look for opportunities, find them.” Because, of course, we know that those who move to the mainland in search for a new job or opportunities do so because they had not look hard enough on the island, right? The most important aspect of this piece is that it went viral on social media to the point of meriting a report by the Insular press and that it was touted as an example of what Puerto Ricans could do if they really tried.

The talk is always about those who abandon their land, the fight, the desire to better the country. But the talk is never about the sacrifices one must make to buy that one-way ticket. We, the ones who leave, are neither cowards nor traitors… to leave behind what you love the most to follow your dreams you must be strong and determined.

It is not surprising that the young Puerto Rican engineer who moved to Ohio, unable to find work after completing her degree, felt compelled to state that she loves Puerto Rico, that it pains her having to live in the US, that she is neither a coward nor a traitor. It is not surprising because even in this young 21st century, nationalist discourses continue to tie your worth and identity to the land and to other accidental features such as the language you speak. And, a cursory reading of social media comments would sadly show how widespread this view is.

It is necessary for all to move away from nationalist discourses seeking to determine who is and who isn’t Puerto Rican. For nationalism has never been about inclusion but about exclusion. It is necessary to move away from movements that tie your “true” identity to the island for they make the identity of diasporicans less than that of Insular Puerto Ricans. Such approach only strengthens the Balkanization of the Puerto Rican community. Indeed, the placing of different values based on place of birth just helps to reproduce the same class, racial, gender and political divisions found within the island’s community. Hence, we need to stop assigning value to Puertoricaness based on place of birth and residence. We need to de-center the essence of Puertoricaness. That is the only way in which el coquí can sing freely outside the island, the only way for flexible and non-oppressive Puerto Rican identities to flourish unmolested. And, the only way to find solutions to the many challenges faced by the Puerto Rican populations on the island and on la luna.