The Death and Resurrection of my Puerto Rican Name 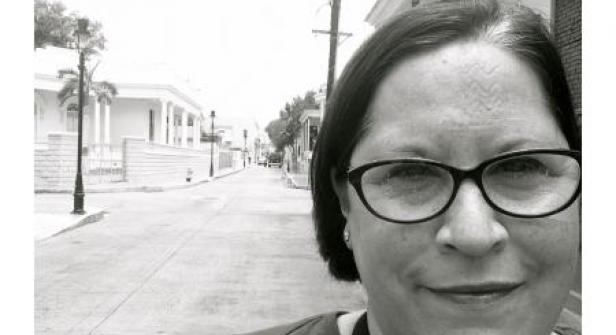 As I sat in the courtroom with my Puerto Rican mother and Jewish stepfather, my Boricua heart was broken. I was about to be legally adopted out of my culture. I’d be forced to surrender my Spanish surname and, thus, put further distance between myself and my people. My brain could not comprehend how or why my Puerto Rican father had given me up and abandoned me, making everything even more painful.

I was 14 at the time, and New York state law mandated that I meet privately with the judge in his chambers—a safeguard measure so kids could speak privately, away from the adults who might be forcing them to do something they didn’t want to do. During our brief encounter, I wanted to beg the judge to stop my adoption and summon my biological father right away; bring him to me immediately so he could rescue me. But instead, I said nothing, trembling with the fear of my mother’s wrath and grief over my father’s brazen rejection of me.

I stared down at the floor in the judge's chambers, my spirit broken, as my head despondently nodded an up and down “yes,” as I’d been coached to do. Perhaps I offered the judge a polite and devastated smile, but I felt like an animal backed into a corner, terrified and resigned simultaneously in my imminent and unpreventable capture. Before I could gather up the pieces of my Taíno pride, the papers were signed and the death of my Spanish surname commenced.

A person’s last name is their calling card, presenting to the world their sense of identity before a word is spoken. Overnight, I’d gone from being a proud member of the Torres tribe with roots in Orocovis, Puerto Rico to the last name of Hinden, a Jewish surname to which I had no attachment. Instinctively, I knew I was paying too high a price for my mother’s dogged determination to assimilate into American society, but my Abuela had raised me to be a respectful daughter who never disobeyed her parents, so I complied.

I tried to be a White American the best I could, so well that my own Puerto Rican family called me Honky. I became the first college graduate in my mother’s family stateside, while resenting the last name in calligraphy on my newly minted degree. I even endured the forced participation in Jewish holidays and fasted on Yom Kippur, all the while salivating for a pastel like the ones my grandmother showed me how to make. 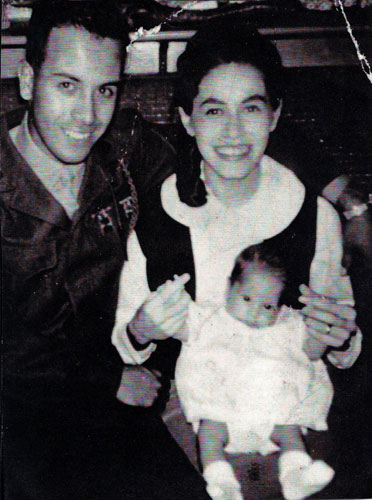 I yearned for those maternal family gatherings when the salsa music and dancing continued late into the night, allowing me a lifesaving indulgence into my Puerto Rican pride. Inevitably, the party in the Bronx would end and we’d return to our sterile and troubled Manhattan existence, fraught with pretentious charade. I watched my mother as she traversed her two cultural worlds with great precision where it seemed that we were White during the workweek and Puerto Rican on the weekends.

But, that all changed when we relocated to Massachusetts, and my mother began her downward spiral, perhaps believing that her American assimilation confidence meant she didn’t need her Puerto Rican family anymore. Without her tribe around, she developed a drinking problem and struggled with her demons, sometimes so incapacitated that the end seemed near. She died prematurely and tragically when she was only 53.

As awful as it sounds, my resurrected Puerto Rican life began on the day my mother died. Her journey to the afterlife opened the door for my cultural Heaven on Earth. No longer living in the assimilation shadow of mi madre, I was finally set free to reconnect with mi gente. It wasn’t an easy path to follow, filled with traumatic twists and turns I never expected.

My mother hadn’t even been laid to rest before the collision of cultures and spiritual differences wreaked havoc between my Jewish stepfather and I, both of us in the right about our beliefs but neither willing to compromise after so many years of living at odds. After the initial grieving period was over, it was obvious to me that I would need to grow comfortable with the inevitable estrangement that followed. Excommunicated by him and my half Jewish siblings left a gaping wound whose only salve was the rhythm and traditions of mi isla and our Puerto Rican brethren who bleed Boricua just like me.

The full rejection of the imposter life I was leading began three years after my mother’s departure when I took back my Spanish surname as my middle name. By this time I was a successful corporate executive and the only Hispanic in management. I’d realized the good I could be doing by self-identifying as a Latina, thereby educating my non-Hispanic peers and restoring my Puerto Rican pride—especially for the sake of my children. Finally, living in my own natural skin, I felt a sense of well being I’d never had before. 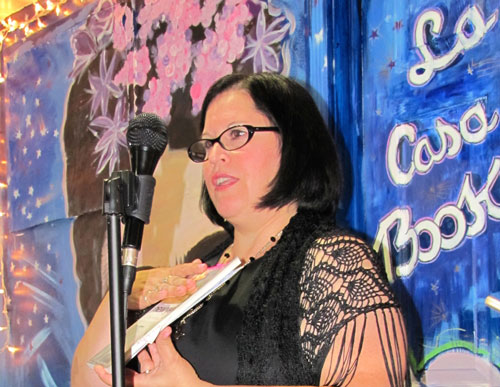 This long buried love and affinity for all things Puerto Rican consumed me in the most wonderful of ways! I traveled to Puerto Rico with my sons after reconnecting with distant relatives of my mother’s familia who graciously took us back to our ancestors original homestead. We paid our respects to my Abuela at her grave in Aguada and even walked on the street where both she and my grandfather met and fell in love. In the business world, I launched our company’s first-ever Hispanic Heritage Month celebration and won a prestigious award for my diversity efforts. I also sought ways to deeply root myself in the issues related to our island and to the movers and shakers who live there.

I also feel great pride as the author of my memoir, NEWYORICANGIRL…Surviving my Spanglish Life, which I wrote to inspire and enlighten others.

Just this past Summer, I spent two weeks in Puerto Rico as a participant in the annual immersion trip coordinated by Comité Noviembre. I learned so much while traveling with them to the small towns and places where the tourists don’t go. The highlight of the trip for me was hiring a carro publico to take me to Calle de Salud in Ponce where my father was born. Even though he and I never had the Hollywood-like reconciliation that I’d always dreamed about, and prayed for, it helped bring closure for me to see the house where his life began. I also walked in the footsteps of my paternal ancestors high atop the mountains in Orocovis and will never forget the simple elegance of the people and the stunning beauty I witnessed.

I’ll never understand why my mother thought it best to eradicate my given surname or how my father could sign away his parental rights, with both actions harshly throwing me into the perilous assimilation blender. All I know is that I am 100% Boricua and must live my life in the full acceptance and splendor of that fact. My early life’s experience prevented me from fitting comfortably into  either category—American or Puerto Rican—but now, I am no longer afraid of being my true self. Forever more, I will hold dear my culture and my Puerto Rican roots because they were taken away from me and I will never let that happen again.