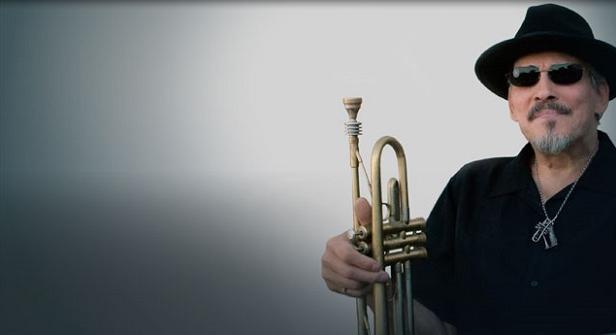 Editor’s Note: The following article draws upon an interview with Jerry González and his brother Andy that appears in an issue of the CENTRO Journal published in 1991. Recently, Jerry González passed away at the age of 69 after a fire broke out in his Madrid apartment. According to the Spanish newspaper El Mundo, González’s health had been deteriorating, with the beloved Latin jazz musician planning to spend his remaining days in Cuba.

The late Jerry González began formally playing the trumpet in 7th grade, according to his younger brother Andy. The family was still living in the Edenwald housing projects in the Bronx at the time. Jerry was enrolled at the John Phillips Sousa Junior High School. In an interview published in an issue of the CENTRO Journal, Jerry recalls having had a greater interest in basketball than in the trumpet—that is, until he was encouraged to audition the High School of Music and Art (now known as the Fiorello H. LaGuardia High School of Music & the Arts after a merger that took place in 1984).

For two weeks, Jerry practiced and, despite lacking the classical background of students from more affluent backgrounds, he was accepted. “I was one of the few token Puerto Ricans that made that school,” he remarked. In the same interview for the CENTRO Journal, Jerry says he performed the popular Brazilian bossa nova song, “Desafinado” for the audition, which is a nod to the kind of music he was exposed to from a young age via the record collections of his father and his uncles. That included legendary musicians such as Tito Rodriguez, Tito Puente, Machito, Rafael Cortijo, and Cal Tjader.

Jerry’s father was also a musician and taught himself to play a number of instruments, including the trumpet, which he introduced Jerry to at a young age. “I asked him how you blow it, so he showed me how to do a few things [...] I was four or five or six years old.”

Once at the High School of Music and Art, Jerry was motivated to work hard in order to close the gap between he and his classmates. “I actually stole the books from the school and just practiced everyday to catch up with these people [...] They had an advantage of ten years of classical training over me. I had none.”

Nevertheless, Jerry continued to study jazz and listening to Latin music. At 17, he learned to play congas, modeling his playing on that of famed Cuban conguero Mongo Santamaria. “I had a fall and broke my leg and I was grounded for six months. A friend of mine brought me a drum, so I played the records all day long and tried to figure it out.” For the rest of his career, both the congas and the trumpet would figure into Jerry’s experimental and innovative approach to Latin jazz.

Another important early musical influence was the discipline of an older classmate of Jerry’s named Llewellyn Matthews. “He took Jerry and I off the streets,” recalls Andy. “Every Sunday we would rehearse in his house. It was thrilling [...] if it weren't for him we would probably have been in jail or dead now. We were just titeres like everybody else in the street then, just having a good time.

By then, the two brothers were playing talent shows, weddings, proms; in addition to crossing paths with established bandleaders such as Eddie Palmieri and Ray Barretto and playing at venues like the Hunts Point Palace, the Embassy Ballroom, the Riverside Plaza, the Grand Concourse Plaza Hotel in the Bronx, the St. George in Brooklyn, and of course, the legendary Palladium.

After high school, Jerry enrolled at the New York College of Music, which was located on 85th Street between Lexington and Park Avenues in a small Manhattan brownstone. Jerry was accepted to the school on a scholarship. This, in turn, allowed him to avoid being drafted for the Vietnam War, which he opposed.

“Climbing up the hill every day to go to [the High School of] Music and Art, I was getting anti-war pamphlets and getting educated about the war. I didn't pay attention to the war until friends of mine starting coming home in boxes and I had to go to funerals.”

Further influencing his unwillingness to go to war was the education Jerry had received about the history of Puerto Rico from the Young Lords.

The rest, as they say, is history. Jerry would go on to play alongside some of the world’s greatest jazz and Latin musicians, often collaborating with his brother Andy on groundbreaking projects that began as nothing more than jam sessions at Andy’s house. Many of his recordings are also considered classics and earned him several Grammy and Latin Grammy nominations throughout his long career—one which sprang from his childhood passions while growing up in New York City.

To read a recent Voices article in tribute to Jerry González and the history of the Fort Apache Band, click here.