How The First Puerto Ricans Arrived On Hawai’i Island 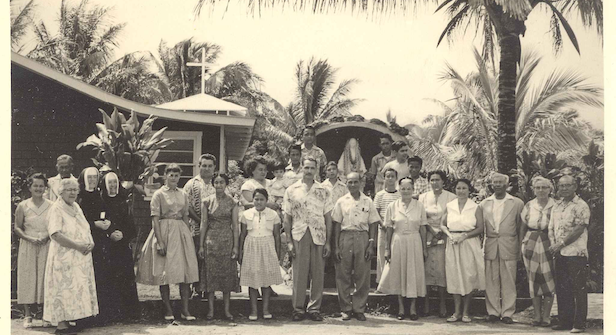 Editor's Note: The following article originally appeared in Big Island Now under the title "How Puerto Ricans Arrived on Hawai’i Island" and is reprinted here with permission. The photo above belongs to the Blase Camacho Souza collection, which can be accessed here.

On the northern tip of Hawai‘i Island near the area now known as Coast Guard Station stands a little monument.

It commemorates the arrival of the first Puerto Rican plantations workers who arrived here on Hawaii Island in 1901.

In August 1899, two hurricanes devastated the island of Puerto Rico. Twenty-eight days of continuous rain damaged the agricultural industry and left over 3,000 dead and thousands without shelter, food or work.

This disaster resulted in a sugar shortage in the world market and a sudden huge demand from Hawai‘i and other sugar-producing countries.

Plantation owners began their campaign to recruit workers from Puerto Rico. In November, 1900, the first group of Puerto Ricans—54 men—set out to make the long journey to Hawai‘i. The trip was long and grueling.

They sailed from San Juan harbor to New Orleans, Louisiana, then rode the train all the way to either Los Angeles or San Francisco, California. From there, they sailed to Hawai‘i on the steamship named Rio de Janeiro. They arrived on O‘ahu in December 1900.

The first laborers arrived on Hawai‘i Island in early 1901 to work mostly on sugar plantations in the Kohala area. 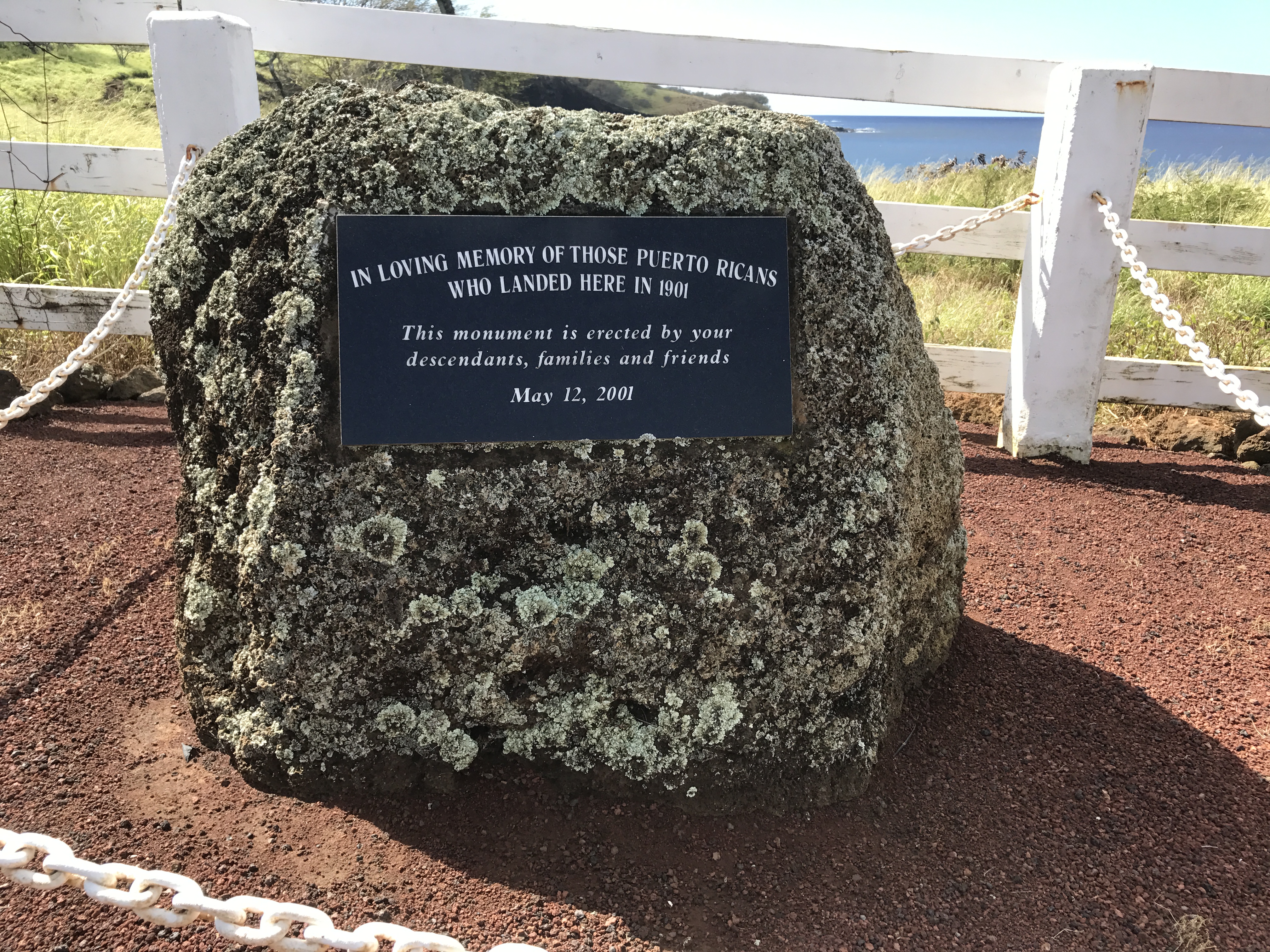 While they had hoped to make a better life for themselves and their families, the early days of working in Hawai‘i was not pleasant or easy. With minimal immigration laws in place in the territory of Hawai‘i, the Puerto Ricans found themselves being treated very poorly—in some cases, they were even starved by the plantation owners.

Despite all the hardships, within less than a year, 5,000 Puerto Rican men, women and children had made their way to Hawai‘i and established themselves on four islands.

Today there are nearly 40,000 Puerto Ricans living in Hawai‘i; the culture and traditions are very strong.

The influence of their culture can easily be found in the local foods like pasteles (meat pies), gandule rice and bacalao (salted codfish) salad.

They brought with them their musical instruments and introduced to Hawaii their cuatro, a four-stringed guitar, which later evolved into a ten-stringed model. They also introduced the maracas and the guiro, percussion instrument made out of a dried gourd.

It was the Japanese who watched the Puerto Ricans playing the guiro and who began calling the Puerto Rican’s music “Kachi-Kachi,” which means “scratch-scratch” in Japanese. Today, the rhythmic, foot-tapping music is a local favorite that can be heard during many of the local parties and celebrations.

Their love for music and style of music has also been a major influence on island music heard on the airwaves today.

While it may have been desperation and sheer will to survive that drove those first Puerto Rican’s to make the trek to Hawai‘i to find a better life for themselves and their families here in Hawaii, it is very apparent that they have established themselves in a big way.

Our local culture would not be the same without their contributions.