My Quest for the Children's Books that Tell Our Story 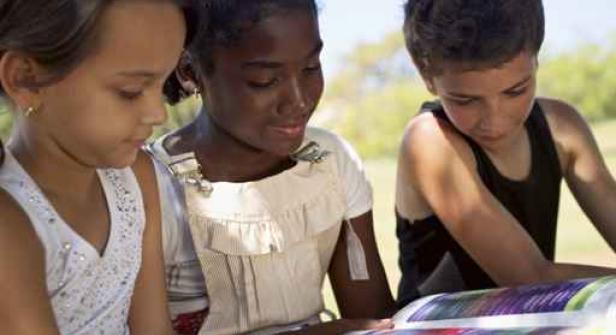 They wake up and pick up a book, we read several stories through the day and we paint pictures of pirates and exotic birds. We have all kinds of books at home, and I purposely surrounded my children with stories, color and culture. To me, that’s what books should be to children, a tool for helping their imagination roar and a source for encouraging the definition of themselves. Books are also a powerful tool in the task of transmitting culture, language and customs to our children. That said, I am always feverishly looking for the books that supplement my ideas, hopes and dreams for my children. I also look for the books that help me tell the stories from our past, our history and our people. But I struggle constantly finding the books that really tell our story. I keep looking for picture books where kids look like my kids and where problems and values are similar to ours, while the illustration and production is also noteworthy. When I look online or go to a bookstore I look for those “in culture” books in either English or Spanish (we read and speak both languages at home). I prefer those that are not merely translated but written in the language and that are relevant to our culture and our reality as Puerto Ricans growing up in the U.S. I invite you on my journey to find these books for my picture book loving, pre-school aged Boricua children growing up in Brooklyn, NY.

I start my search with online research and it is frustrating. The ways different publishers and booksellers categorize books are confusing. Looking at the Latino books section will reveal a variety of books from all backgrounds while searching for Puerto Rican books can take you to books with Puerto Rican themes that don’t necessarily tell a genuine story or are not culturally relevant. I asked Marilisa Jiménez García, Research Associate at Center for Puerto Rican Studies, about this issue. She mentions the importance of cultural authenticity in children’s literature, “We are lacking stories of Puerto Rican children growing up in the USA. Children are sometimes portrayed as lonely entities in an isolated world. We need authentic cultural experiences portrayed in books and we also need books written within the point of view of the children growing up here.” Jiménez García made me aware of the fact that diversity in publications has become a national issue and shared with me some details about the history of Puerto Rican children’s literature. “Early books about Puerto Ricans were highly stereotypical and less culturally authentic, until the publication of the first book by librarian, storyteller and writer Pura Belpré in 1932.” The first story she wrote and published was Pérez and Martina: A Portorican Folktale, a love story between a cockroach and a mouse. Belpré also collected many other folktales from Puerto Rico, translated them into English and had them published for children. Because of her contributions, The Pura Belpré Medal was established in 1996 as a children's book award presented every year to the Latino/Latina writer and illustrator whose work best portrays, affirms and celebrates the Latino cultural experience in an outstanding work of literature for children and youth. Jiménez García also shared with me some of her favorite children’s books such as Puerto Rico: De la A a la Z and Grandma’s Gift, which are widely available online. The first one is a fantastic alphabet book in Spanish that shows a letter per page with illustrations, rhymes and descriptions of Puerto Rican icons that range from the Taíno Areito to the Zumbadorcito. The second is a story of a second generation Puerto Rican boy and his grandmother in El Barrio, spending some quality time over the Christmas holidays. 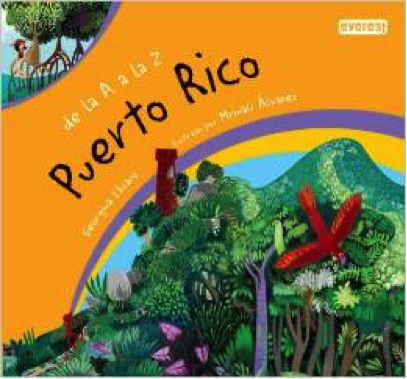 I then continue my search in actual bookstores; although I often leave empty handed from big bookstores or even smaller independent ones, just to avoid ending up with another hardcover based on a TV cartoon or a paperback with a piñata on the cover (based on the story of a fiesta). So I decided to trek all the way to La Casa Azul Bookstore in El Barrio, an institution that prides itself on celebrating Latino traditions and literature in the city. I talked to the owner Aurora Anaya-Cerda, who told us “The children’s book section holds a special place in my heart – and is one of my favorite sections at the bookstore. Our collection is diverse, thanks to Galia Sandy, our book buyer, an educator and avid reader. Topics range from concept books (for babies and toddlers), to storybooks, graphic novels, chapter books and biographies. We also have a section dedicated to children’s books that have received the Pura Belpré Award. We use that opportunity to showcase beautiful books and also inform people about who she was and her impact in the literary community.” Their selection is great. I was able to browse some beautiful books such as Clemente, Taínos (activity book to assemble and color), Estrellita in the Big City and Sonia Sotomayor: A Judge Grows in the Bronx.

La Casa Azul Bookstore also has a full calendar of events that include Family Days where readings and music events for children take place and are open to the public. I bought several books for my children, but still wanted to look at a bigger selection of culturally relevant and interesting Puerto Rican books. 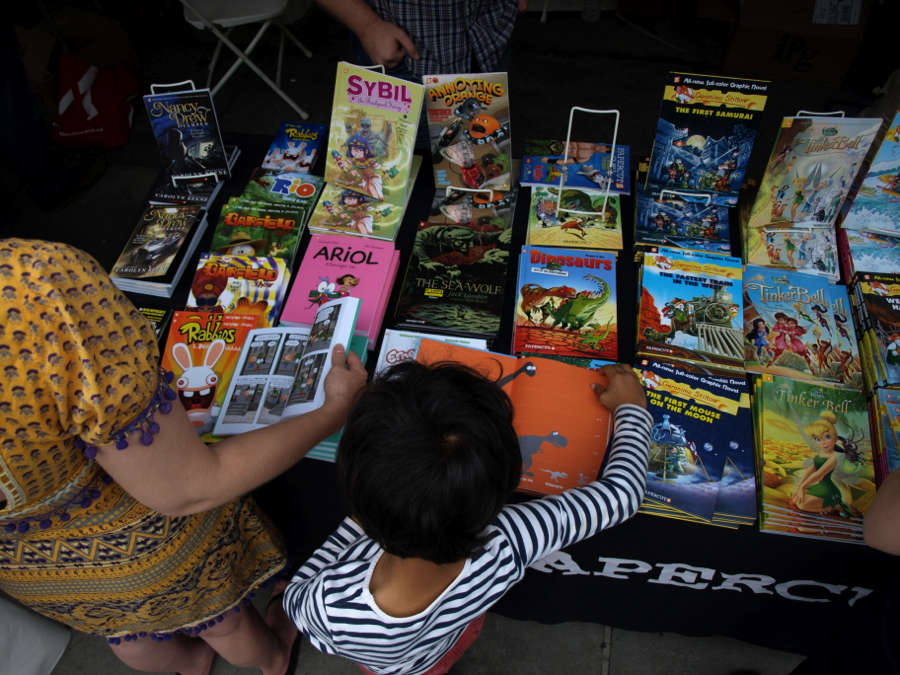 With that in mind, I attended the Brooklyn Book Festival and was amazed by the magnitude of the event and the multitude of people browsing books and interacting with authors and publishers. I stopped at every booth, looking to find the books that my children would enjoy.

I had the opportunity to chat with Bobby Bird, co-publisher and the vice-president of Cinco Puntos Press. Most of the books he publishes reflect the reality of his market on the U.S./Mexico border in El Paso, Texas. Although I could not find any books by Puerto Rican authors or about our culture, he seemed aware of the necessity and the demand for diverse books from all backgrounds including Puerto Rican.

The booth for New York based independent publisher Lee & Low Books was lively, bustling with people browsing the very diverse books. Lee & Low specialize in children’s literature and is one of the few minority-owned publishing companies in the U.S. whose mission is to increase the number of diverse books available to children. I got a hardcover copy of Parrots over Puerto Rico, a beautiful book that encompasses the history of the island from the point of view of the Puerto Rican parrot.

The book portrays the history of these birds on the island, how they became an endangered species and how they later recovered thanks to the efforts of several conservation programs. Another active booth at the festival was the one that La Casa Azul Bookstore shared with Las Comadres para las Américas a not-for-profit that hosts an annual Latino writers’ conference, this year in Brooklyn. They had a full schedule of activities that included authors’ signing opportunities and readings. I found yet one more book, an author-signed copy of Tito Puente: Mambo King, beautifully illustrated and also wearing the Pura Belpré Medal Seal on its cover. And that is for the book fair, I found two books there.

Then I decided to go behind the scenes where books are born, to that space where the book is still an idea and authors, agents and publishers meet and create relationships. At the 3rd Annual Comadres y Compadres Latino Writers Conference, Rebecca Barrera, Scholastic’s Director of Hispanic Initiatives said in the welcoming speech, “We publish one hundred new Latino books every year, but instead of original books, teachers prefer the translations of the books they already know.” Scholastic publishes widely for marketing at schools. She urged parents to promote, request and consume culturally relevant books among their families and friends. “As Latinos in the U.S. we need to build the marketplace for people to accept, buy and promote our books” shared Barrera. Some other drawbacks for Puerto Rican culturally relevant books to hit the market are the small budgets for marketing and the lack of Latino publishers in the industry. Writers at the conference were encouraged to consider pursuing careers in publishing and build up for their social media platforms for themselves as ways of promoting their own work. 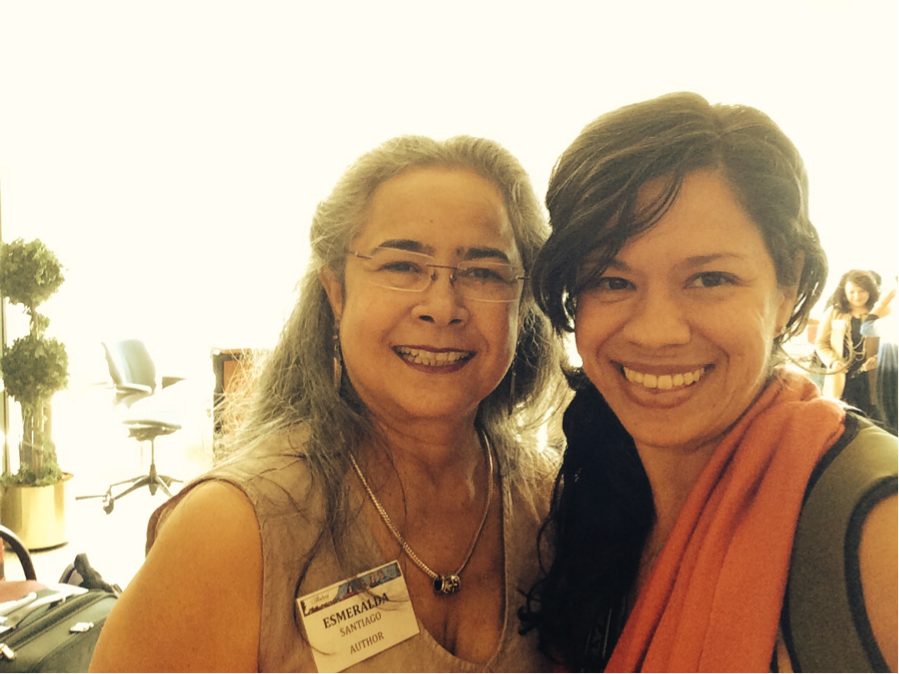 I also had an opportunity at the conference to listen to Puerto Rican author Esmeralda Santiago, who was the keynote speaker. She mentioned in her remarks that she actually did not have children’s books growing up in Puerto Rico, she used to read the newspapers her father brought home. Then she became a reader thanks to the Brooklyn Public Library in Bushwick where she grew up. Her remarks about how motherhood inspired her to start writing so that her children would one day learn what her childhood was like, really touched me and reminded me of the reason for my being there; all of a sudden I wanted to write a children’s book. Santiago’s words were encouraging for attendees as she spoke about the power of personal experiences shared through writing and how everyone’s experiences are needed to tell our whole story, as Puerto Ricans in the U.S.

So I come back home, to my picture book loving, pre-school aged kids with heavy arms full of books. And we read. We read in Spanish and in English. We review our letters and learn about Taínos too. We read about Boricuas that lived here and over there too. We learn about Boricuas old and young, black and white, rich and poor. And we read about magical birds, people and places that look familiar and yet magnificent.

Several trips to bookstores, endless hours searching online, a book fair, a writers and publishers conference and an inspirational keynote speech, informed this list of my favorite children’s picture books that portrays a variety of Puerto Rican culturally relevant stories and themes:

How about you? What books do you love for your children? Where do you find them? Share your quest for amazing children’s books with us on Facebook and Twitter and make sure to include #CentroVoices.