When Bilingual Education in New York City Was Puerto Rican 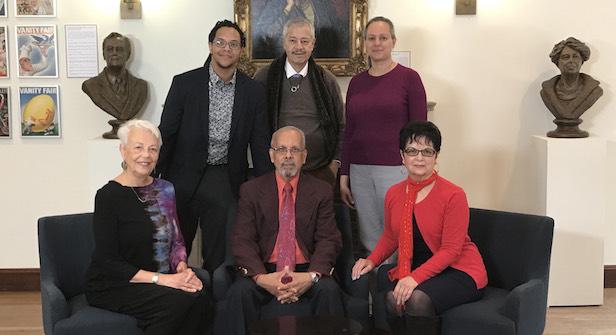 Bilingual education in New York City was once synonymous with an influx of Puerto Rican students enrolled in the public school system, Dr. Sonia Nieto recalls. This was during the late 1960s and early 1970s, when bilingual education was part of a broader, at times, militant agenda that also included community control of the city’s public schools and decentralization of the Board of Education.

In the midst of this atmosphere of social upheaval, Dr. Nieto and her colleagues, Dr. Milga Morales-Nadal and Antonio ‘Tony’ Nadal—all children of Puerto Rican migrants to New York City—were just beginning their careers as educators. Professor Nadal, for example, had graduated from Brooklyn College in the Spring of 1968, just as a city-wide teachers’ strike was getting underway. Professor Nadal would join the strike in support of his colleagues a few months later as a member of the faculty of Eastern District High School, located in Williamsburg, Brooklyn.

Initially, Professor Nadal explained, he assumed the strike to be a fight for higher wages. He soon learned, however, that it had been organized to protest community control of public schools—the consequences of which had led to the recent firing of Jewish teachers in a predominantly black and Puerto Rican school district in Brooklyn. As a result, Professor Nadal became sympathetic to the community’s attempt to assert control over their schools. The experience would ultimately lead him to take on a more active role in the struggle, both as an educator and activist.

Dr. Nieto, on the other hand, did not have to choose sides. The school where she taught, P.S. 25 in the South Bronx, was an experiment in community control of schools. As such, it remained open throughout the teachers’ strike. P.S. 25 was actually the first bilingual school in New York City and by extension, the northeast part of the country. It had been founded, in part, with funds provided by the Bilingual Education Act of 1968. The activism of community leaders such as Evelina Antonetty also played an important role in the creation of a school that could cater to the needs of Puerto Rican students in the South Bronx.

The school opened that same year. Dr. Nieto worked there as a 4th grade teacher before returning to her alma mater, Brooklyn College. Dr. Morales-Nadal would join her there after also receiving her degree from the CUNY institution. She had first attended Queensborough College through CUNY’s College Discovery program, which, along with the SEEK program, sought to help disadvantaged students who otherwise may not have been able to attend college because of factors like admissions criteria. She went on to obtain her degree from Brooklyn College, though she compared her experience as a student to that of a relative outsider because of her Puerto Rican background.

As an employee, however, she would feel much more comfortable alongside fellow her alumni. In 1972, the trio began working at Brooklyn College. Their arrival coincided with the launch of an initiative led by the recently-created Puerto Rican Studies Department and School of Education to offer “a concentration in Bilingual Education and Second Language Acquisition for students majoring in Childhood Education.” This partnership was two-fold, according to Dr. Nieto. The Puerto Rican Studies Department would contribute curriculum and content for the program, while the School of Education would focus on pedagogy.

The spirit of activism was essential to their time together at Brooklyn College. Dr. Nieto devotes a chapter to this experience in her memoir, Brooklyn Dreams: My Life in Public Education. Overall, the defining moment came in October of 1974, when all three educators were involved in a series of demonstrations against the administration that culminated in a four-day takeover of the registrar’s office. Upon their arrest, along with 41 students, they became known as the BC 44. In the end, they were successful in forcing the administration to rethink a unilateral decision to hire a Chair of the Puerto Rican Studies Department that had not been chosen by students and faculty, despite a rigorous selection process.

In 1975, Dr. Nieto made the difficult decision to leave and pursue her doctoral degree at the University of Massachusetts Amherst. It was an important step in her career and for her family. Dr. Morales-Nadal, in turn, would eventually become Dean of Student Life at Brooklyn College, after holding several leadership positions within the School of Education. Her husband remained active in the Puerto Rican and Latino Studies Department.

© Center for Puerto Rican Studies. Published in Centro Voices 23 May 2018.