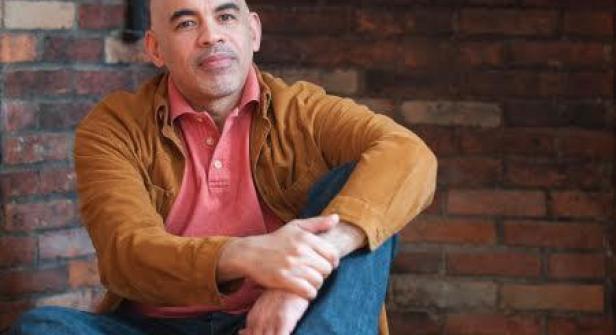 During a recent CantoMundo reading at NYU, the large crowd is waiting to hear the spoken word of Willie Perdomo and be transported into the heart of El Barrio. His craft is wrought with many stories from the streets of El Barrio where he grew up, which has made his work relatable to a broad audience. The language he uses also evokes a sense of freedom and references history in a way that has allowed his work to leave a profound impact on the literary scene.

His journey began with a chance encounter with his first mentor, Ed Randolph. Randolph introduced the young Willie Perdomo to several authors, including John Cheever and Gabriel Garcia Marquez. Along the way, Willie soon found the works of Langston Hughes and Piri Thomas. It was these influences that allowed him to capture the voices and music of El Barrio.

His written work then led him to the Nuyorican Poets Café, where he became prominent as one of the youngest members of the Café’s slam poetry team. His performances have been shown on Def Poetry Jam and several documentaries, including Words in Your Face and The United States of Poetry. In 1996 he published his first book of poems, Where a Nickle Costs a Dime. Along with its accompanying CD, the book helped Perdomo to make his impact on the literary establishment. The signature piece of that collection, “Nigger Reecan Blues,” underscores the multiplicity of the Nuyorican identity. Willie approaches this serious subject in a loose humorous freedom that is the stamp of many of his works. It is about having an open and honest dialogue:

Hey, Willie. What are you, man? Boricua? Moreno? Que?

No, silly. You know what I mean: What are you?

I am you. You are me. We the same. Can’t you feel our veins drinking the same blood?

After twenty years, he retains the spirit of his early work. His recent collection, The Essential Hits of Shorty Bon Bon, continues that exploration into self. Being his most available collection right now, Shorty Bon Bon is a book of blood memory. It is a recollection of his uncle, Pedro Perdomo, through his mother’s stories and collection of music. Willie only knew his uncle through these stories, having never met him. It is through these fragments that he works in filling in those silences left within the narrative. He captures that painful diasporic experience in such beautiful terms and music.

What we remember to leave

Behind & forget: the dead

His work, both on the page and on the stage, has gone on to inspire numerous writers such as Bonafide Rojas, Urayoan Noel,  John Murillo, Seve Torres, Cynthia Oka, Rich Villar, and so many others. The dialogue first starts within the Nuyorican community expands to an all-inclusive autoethnography. Willie’s contribution to that dialogue is invaluable.

Speaking to Cynthia Oka, she describes Willie as of the “Dante of the American Inferno.” As a teacher at VONA in 2011, Willie met Oka during her “Building a Poetry Collection” Workshop. It was there he helped her understand the process of making a manuscript and challenged her to complete one in 6 months. This book became her first collection, Nomad of Salt and Hard Water. “Willie also helped me see that it was possible to build a life around the craft of poetry,” she tells me. Willie was a catalyst for her. Oka goes on to say: “Willie taught me what it really meant to read poetry – to listen to a multitude of voices – the corners they come out of, and the worlds they make possible.”

Speaking with Rich Villar, Nuyorican Poet and author of Comprehending Forever, and educator at the School of Poetic Arts (SOPA), he points to how Willie’s work allowed him to explore the idiom of the poem as the truth of the poem. “I code switched and used Spanish terminology because it’s often the most accurate way to say, to pronounce, to move in the world,” he tells me. “[He] makes you want to write new stuff and speak in the dialects and characters you grew up with.”

Back during the reading, Willie read from his latest collection of work-in-progress. These poems focus on his group of friends, The Crazy Bunch, immortalizing them in the jam session of his poems—while maintaining the same energy and honesty so crucial in all his work. It’s another example of why Willie Perdomo will always be a poet of the community, singing and sharing those old stories, making them new for the younger generation.