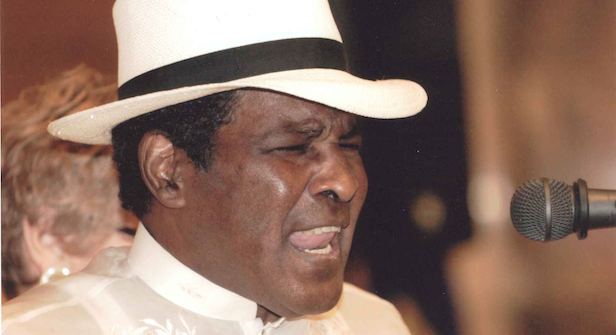 On Saturday, October 28th, Tato Laviera, one of the most beloved and highly regarded members of the Nuyorican Movement, will be recognized during an official ceremony that will commemorate the renaming of the corner of 123rd Street and 2nd Avenue in East Harlem to Tato Laviera Way (For more information and to RSVP for the event, click here). The celebration, which begins at 1pm, will include readings of Laviera’s work by several leading figures of the Nuyorican movement, as well as music by Grammy-nominated Latin Jazz artist Bobby Sanabria. A large-scale mural by Puerto Rican muralist Don Rimx will also be unveiled.

Born Jesus Abraham Laviera in 1950, the iconic poet, playwright, author and activist was raised in the Santurce neighborhood of San Juan, Puerto Rico before moving to the Lower East Side with his family almost ten years later. After graduating high school, he studied at Brooklyn College and Cornell University before dedicating himself to community work and activism. In the 1970s, he shifted his focus to poetry, releasing his first collection, La Carreta Made A U-Turn, in 1979. The Poetry Foundation describes his writing in the following manner: “Shifting between English and Spanish in his poetry, Laviera addresses themes of immigration, history, and transcultural identity.”

In addition to more than a dozen plays, Laviera would publish several more collections of poetry, including the much-celebrated AmeRícan (1999), which specifically addresses the intersections of his Puerto Rican and American identity. Laviera was also the first Hispanic to win the American Book Award of the Before Columbus Foundation in 1982. His work has since been widely anthologized, appearing in more than thirty books. In 2014, the Centro Press released The AmeRícan Poet: Essays on the Work of Tato Laviera, a collection of thirteen essays, an introduction and a foreword by fifteen established and emerging scholars.

Laviera’s later years would be marked by illness. He was declared legally blind in 2004, a complication attributed to his diabetes. Laviera would go on to become a spokesperson for those in the Latino community who suffered from the disease. Health problems then left him homeless for a brief period in 2010. With the help of the community and his supporters, Laviera eventually moved into an apartment at the Taino Towers in East Harlem, which happen to be located by the corner that will now bear his name. It was Laviera’s last residence before he passed away in 2013 at the age of 63 after falling into a diabetic coma. The following year, the Taino Towers renamed the Red Carpet Theater in his honor. Laviera will join Aida Perez, another important figure of the Puerto Rican community whose legacy was preserved with a street renaming earlier this year, as a permanent fixture of El Barrio.

Laviera’s papers, including an extensive collection of unpublished materials, are held by the Archives of the Center for Puerto Rican Studies at Hunter College. Highlights of the collection include photos, many of his plays, varied poems and personal treasures such as letters from his students

To watch a video of Tato Laviera reading his poetry on Centro TV, click here.