A New Generation of Young Puerto Ricans in Media & Journalism 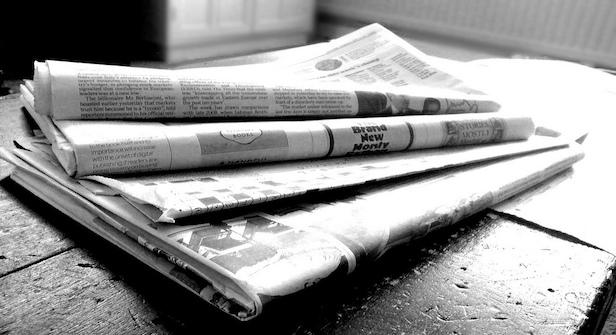 For decades, media and journalism have been an important resource for the Puerto Rican diaspora. Newspapers like Pueblos Hispanos and Pa’lante informed the community of issues concerning the neighborhood, the island–and in some cases, they went one step further, providing an ideological nucleus for leftists, Nationalists, and intellectuals alike. It is a tradition that includes some of the most important figures of the early diaspora, such as Julia de Burgos and Juan Antonio Corretjer. The generation that followed gave birth to the Nuyorican movement, and the Young Lords, several of whom went on to have successful careers as journalists–most notably Juan González.

Today, media and journalism have obviously evolved beyond print into what is commonly referred to as New Media, which means that although the goal of journalists remains the same (to keep the public informed), the skills needed to do so now include digital platforms such as social media and other nascent technologies–tools which are available to journalists and in most cases, the general public as well. This in turn creates a surplus of content and ease of access to misinformation and viral content. So as we introduce you to this next generation of young Puerto Rican journalists, storytellers, media producers, and so on; it is not only to highlight the quality of their work but to encourage our readers to seek out reliable sources of information–especially at a time when “fake news” has challenged the integrity of that very work. So what better way to start than with some of our own. Check out the full (by no means comprehensive) list below:

After years covering the Latino community for news outlets such as NBC News and Fox News Latino, Carrasquillo became an editor at Buzzfeed News in 2014, and subsequently, a trusted source for political reporting and Latino news coverage. His coverage of the 2016 U.S. presidential elections included articles on the Puerto Rican vote in Central Florida, as well as reporting on the ongoing debt crisis. Recently, Carrasquillo, who is of Ecuadorian and Puerto Rican heritage, was named White House correspondent for Buzzfeed News and will cover the incoming Trump administration. You can read Carrasquillo’s articles for Buzzfeed here.

Del Toro is a Miami-based investigative journalist for Fusion and the host of America Reframed on PBS World Channel, “a show which features independent documentaries about the changing face and identity of the U.S.” She was also a Fulbright Scholar in Medellín, Colombia, where she taught a multimedia journalism class at the University of Antioquia. In 2011, she collaborated on a project entitled “American Realities,” which documented poverty throughout the United States in a multimedia format. The series was later published as a book under the same name. Follow Del Toro’s work by visiting her personal website here.

Florida-raised Gonzalez is a queer Brooklyn-based writer and multimedia producer working as a news correspondent for Mic. He previously worked as part the editorial team at The Flama where he often produced content related to his Puerto Rican background. His web series Honest to Gabe also discussed issues such as the island’s political status and the debt crisis through both humor and wit. Last year, González was interviewed for the Habla y vota documentary produced by HBO Latino, which encouraged members of the Hispanic community to participate in the 2016 presidential elections by offering perspectives of well-known figures within the community. You can follow González’s work here.

Currently a staff writer at Remezcla, the Brooklyn-born and raised Vargas covers culture, film, and television, with sharp, insightful writing that often highlights the contributions of Puerto Ricans working in the industry. He previously worked on the Emmy-nominated documentary Reportero and studied at the International Film & Television School in Cuba. Vargas has also produced several short documentary and narrative pieces, including a thesis project, Naúfrago, which has screened at over a dozen festivals worldwide. You can check some of his work here.

Raised in East Harlem, Padilla is an artist, educator, and independent journalist whose work often focuses on displacement and gentrification. He has published an extensive array of articles related to these subjects. His short documentary El Barrio Tours: Gentrification in East Harlem premiered in 2012 and has since won numerous awards. Last year he released a short documentary entitled Last Tenant Standing in East Harlem which premiered on the PBS multi-platform news magazine MetroFocus. Currently, Padilla continues to work on expanding his coverage of gentrification in cities across the country, including San Juan, with the goal of filming in fifteen different cities in total. You can learn more about the project by clicking here.

Previously a reporter at the New York Times, the New York City native now covers race and inequality for CNN Money as a digital correspondent. In 2014, she was included in NPR’s list of Top Journalists of Color to Watch. Vega was subsequently part of a team that produced the Emmy Award-winning multimedia series, “One in 8 Million.” She was also responsible for creating a race and ethnicity beat for the New York Times national desk. Throughout her career, she has been vocal concerning the lack of diversity in newsrooms, most recently penning a 10-point plan to resolve the issue. Follow her work for CNN Money here and read some of her stories on the Puerto Rican community here (search ‘Puerto Rico’).

A filmmaker and radio producer based in San Juan, Trelles works for the Spanish-language podcast Radio Ambulante, which recently signed a distribution deal with NPR. Over the past couple of years, Trelles has produced several long form narrative pieces for the program, including a comprehensive story on the Puerto Rican debt crisis; the story of Ernesto Gómez, son of former Puerto Rican political prisoner Dylcia Pagán; and the adoption case of a lesbian couple in Puerto Rico. Last year, he also published one of his chronicles entitled, “Metiendo Caña,” which originally appeared in 80grados. Learn more about Trelles and his work here.

García is a Puerto Rican music journalist who covers “emerging artists and music scenes from Latin America and the Caribbean,” including excellent coverage of some of the best new musical acts on the island. Most recently, she has written on Orquesta El Macabeo, ÌFÉ, and the International Dub Ambassadors, among others. In 2016, Thump, a music website produced by VICE, featured García’s story “The New Peruvian Electronic Renaissance” in its end of year list of best electronic music writing. Her work can be found on the blog Puerto Rico Indie, Sounds and Colors, the Bandcamp Daily, and archived here.

Levine-Peres is a Bronx-born Nuyorican of mixed heritage. Since 2013, he has produced video content through his YouTube channel and online persona Project Bronx, which has evolved from an educational platform to a public forum highlighting local issues and culture in the Bronx and Nuyorican community. His most recent video critiques a New York Times article inviting readers to visit the South Bronx and raises concerns over gentrification in the area, an ongoing theme for Peres-Levine, along with cultural appropriation and social justice. You can watch his YouTube channel here and follow him on social media @ProjectBronx.

Díaz is a radio producer for Story Corps and previously the editor of Feet in 2 Worlds, a digital magazine which “brings the work of immigrant and ethnic media journalists from communities across the U.S. to public radio and the web.” Her awards include an Ippie Award in 2012, and in 2016, she was named a Smith Symposium Fellow. Born in Rio Piedras, raised in Atlanta, Georgia, Díaz is also a food writer with a forthcoming book on her experience exploring Puerto Rican culture and identity through its cuisine. Visit her website here.

Hernández works in her hometown of Prince George’s County in Maryland as political reporter working at the Washington Post. Before that, she spent four years as a breaking news reporter for the Orlando Sentinel. Her work has received several awards, and includes articles on the political power of the Puerto Rican community and sharing a holiday memory of her Puerto Rican heritage. Since 2015, she has been an officer for the NAHJ’s D.C. chapter. You can follow her work here.

Born in Queens, New York and raised in Orlando, Reichard is currently the politics and culture editor at Latina Magazine, which features the weekly column "Woman Crush(ing the Patriarchy) Wednesday" and covers topics such as gender, race/ethnicity, immigration, LGBTQ+, criminal injustice, reproductive justice, and more. Reichard’s work has also appeared in various publications, including the New York Times, Mic, Slate, and the Washington Post, among others. She is also a public speaker and draws on her academic background focusing on the intersections of race, gender and new media. Visit Reichard’s personal website to see more of her work.