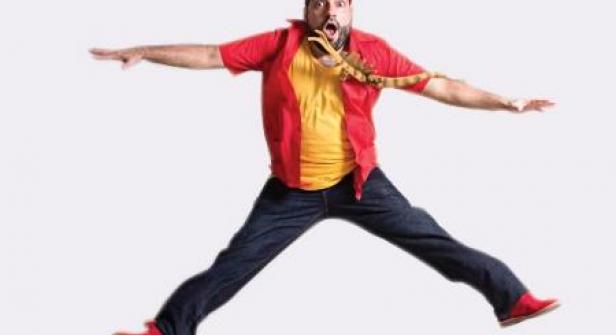 Urayoán Noel (born 1976 in San Juan, Puerto Rico) is a poet and NYU professor currently residing in the Bronx. The author of several books and recipient of numerous fellowships, this self-described post-punk parodist brings a new wealth of cultural exploration through his many works both on and off the page. Through these creative experiments, along with thorough scholarship (Invisible Movement, 2014), Urayoán continues to explore  new avenues of Nuyorican poetry. In his latest book of poems Buzzing Hemisphere/Rumor Hemisferico (2015), this exploration directs itself toward the very essence of translation.

There is an experimental quality to much of the collection.Throughout its 105 pages, the poems bombard the reader with several languages, stylized formats, mistranslations, images, and wordplay. It’s a jarring effect, one that can initially seem uninviting. For example, take this short excerpt from the first poem of the collection, “Alphabet City/Ciudad Alfabeto”:

However, unlike the drab, ironic verse of contemporary Language poets, Urayoán explores something beyond complex wordplay. His poems attempt to create a space where experimental language can intersect with the established space, tradition, and history of the Puerto Rican culture.

And this experimental collaboration only intensifies as one reads through the collection. With the inclusion of languages like Lucumí and Portuguese, the early piece “Décimas Del Otro Mundo/Otherworldly Décimas” stands out as a key to comprehending what Urayoán is attempting to convey to the reader:

Translation can be a violent act, the words and meanings of the original text often becoming distorted or worse, lost entirely. The use of translation in this collection is no different, yet Urayoán is deliberate in his search for these imperfections.Throughout the book there are many self-translations, or even those generated by Google Translate. Perhaps it would be better to call this process “mapping.” Urayoán is mapping out the Puerto Rican culture through the experimental architecture of language. It is poetry that alludes to the current advent of the technological age while reaching back to the very origins of the Puerto Rican culture. It’s poetry that suggests what social forces enact upon us, but also how we respond to those forces. It’s a lot, but that’s the fascination behind Urayoán’s approach.

Much of the playfulness, the simplicity of language, and the rhythm of the poems works to motivate you to push forward when reading the book. It is a poetics that reflects on identity and belonging, while providing a constant feeling of discovery. This was the integral point during my reading of the collection.

There is also another discussion about belonging among the pages of this collection. Where does Nuyorican Poetry belong among the canons? Where is its place in American Poetry? Where is its place in Puerto Rican Poetry? Throughout some of the poems in this book, there are references to great writers the United States and Latin America, and these references are on equal footing. One such poem that speaks to this, and my favorite of the collection, is “Heaves of Storm/Embates de Tormenta.” Incorporating the famous Emily Dickinson poem, “I heard a Fly buzz,” throughout each section, Urayoán creates a beautiful “obituary” (as he labels it) of the University of Puerto Rico protests of 2009-10.

This adds an extra context to the original Dickinson work, but also lends a deeper emotional context to the event. There becomes a link between the poetics of the island with the mainland. In turn there becomes an intertwining of culture, history, and politics.

Buzzing Hemisphere/Rumor Hemisferico is a spectacular display of a difficult, but always welcoming poetics. It is a collection that requires multiple readings to tease out the workings of Urayoán’s poetics, a wild exploration into the heart of what makes up the Puerto Rican people.