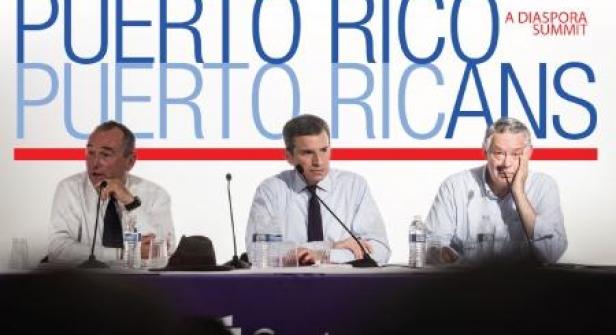 Hundreds of stateside and island based Puerto Ricans came together on April 22 and 23 at Puerto Rico Puerto Ricans, a diaspora summit hosted by Hunter College’s Center for Puerto Rican Studies, at the pinnacle of the current economic and humanitarian crisis on the island.

“We are living a historic moment that is impacting 8.6 million Puerto Ricans,” Edwin Mélendez, director of the Center for Puerto Rican Studies, said. 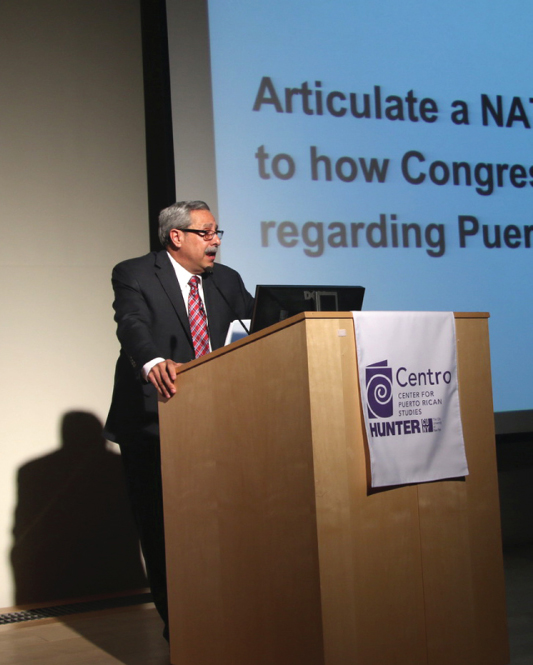 The island itself is currently buried in 70 billion dollars of debt. As a commonwealth of the United States, the island cannot claim bankruptcy and has little recourse through which to restructure its debt. This has triggered controversy as to who should be held accountable and who should be responsible for solutions to the problem. In the week leading up to the event, PROMESA, a congressional bill that would implement extreme austerity cuts that could potentially worsen the humanitarian crisis on the island, was introduced. This set the tone for an event where leaders, activists, and community members of Puerto Rican descent came together with urgency to search for solutions.

“This summit is intended to convene all Puerto Ricans to utilize the Center for Puerto Rican Studies as a hub,” Meléndez said.

The summit achieved that, and more. Bonds were made, pressing humanitarian issues were discussed, and the idea of generating a response as one group, undivided was embraced.

This all fit under the conference’s goal to shed light on the impact of the crisis on Stateside Puerto Ricans, and how they are the most well positioned to organize to find solutions.

As stateside Puerto Ricans become more numerous than those living on the island, we are now in a stronger position to articulate a national response to how Congress makes decisions regarding Puerto Rico,” Edwin Meléndez, Director of the Center for Puerto Rican Studies, said. 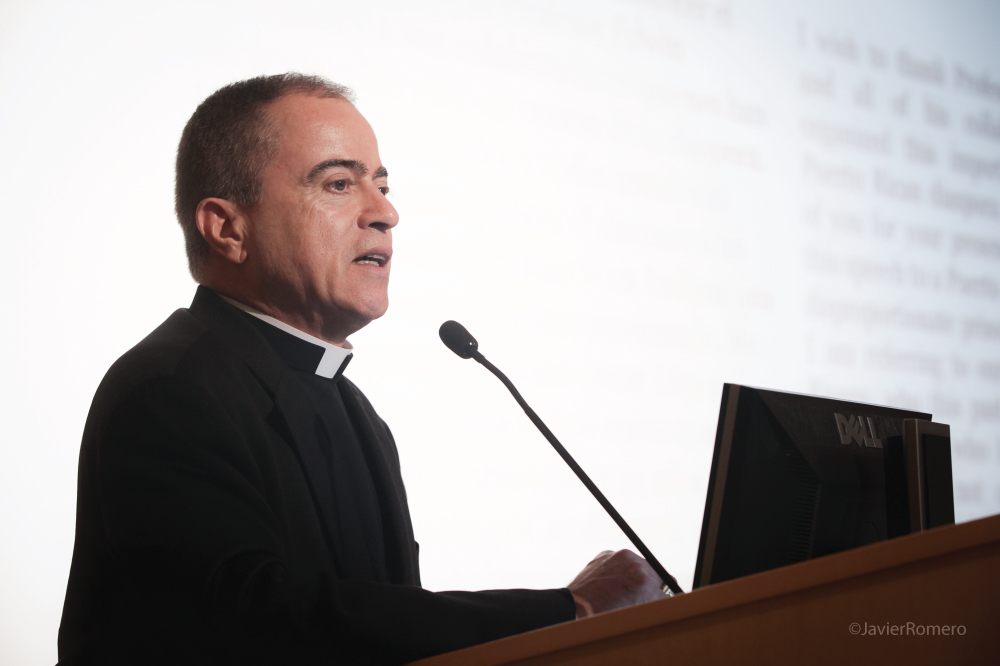 Monsignor Roberto González Nieves, the Archbishop of San Juan, Puerto Rico, was among the special invited guests. He attended the summit to debut his first ever-public speech about the crisis to a packed forum of guests.

“Our unity is necessary if we want to progress,” he said.

Nieves delivered his highly anticipated speech on the Saturday after the event kicked off on Friday, with opening remarks from New York City Council Speaker Melissa Mark-Viverito, who ignited the spirit of unity that Nieves spoke about.

“It is up to us to do something about it here,” Viverito said. “This being a presidential year we have an incredible opportunity in terms of the mobilizations that we do on the ground.” 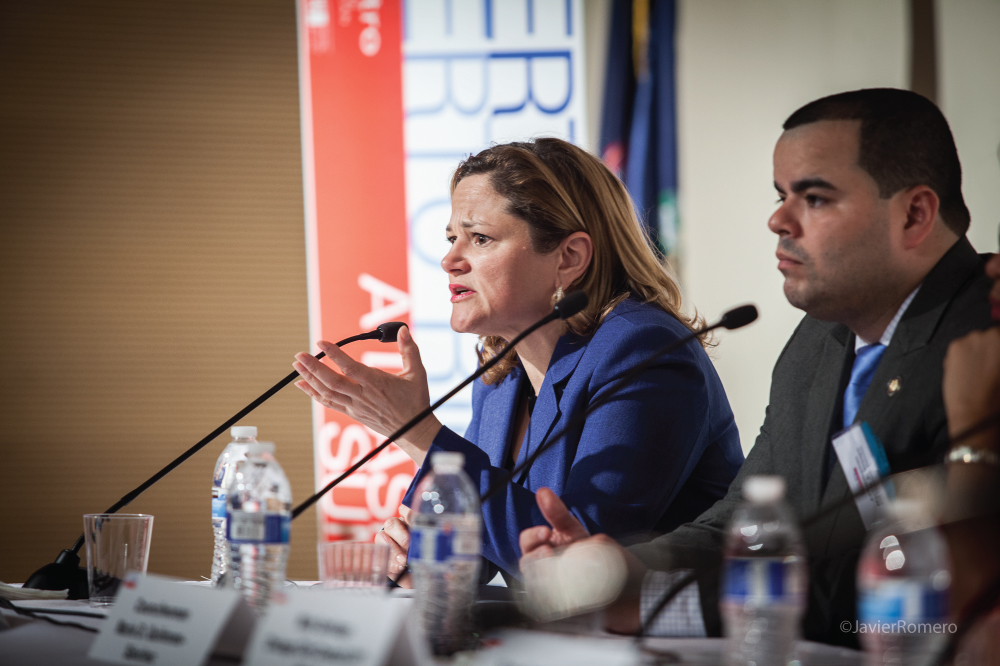 Weiss expressed that PROMESA is still a work in progress and showed sympathy for the devastating humanitarian impacts of the economic crisis. Currently, 45% of Puerto Rico’s population and 58% of children live under the poverty line and unemployment rate is around 13% at a time when the national average is 5%.

Both agreed that time has run out as far as deep solution building goes.

Alongside Weiss and González sat Denis Rivera, who is working towards healthcare justice on the island. While island residents pay the same amount in taxes towards Medicaid as mainland residents do, Puerto Rico is allocated half of the federal Medicaid rate--which has effectively led many people to travel to the mainland in search of basic services.

Despite the heavy nature of the discussions, Puerto Ricans in attendance displayed genuine vigor and hope to work together to have a hand in determining the future of their dear island and people.

The first half of the programming at the event was dedicated to educating the audience on the Puerto Rico issue, and the second half was composed of breakout sessions where people could discuss tentative solutions and approaches.

During the civic engagement panel, representatives from different Puerto Rican communities across the United States gathered to strategize about how to appeal to Puerto Ricans through campaign efforts to get them to vote.

“In Florida, we held Caravanas and placed personal phone calls. That’s how we do it in Puerto Rico, so that’s how we have to do it here,” said Jimmy Torres Velez, president of the Puerto Rican Action Initiative.

“What has been really incredible and should continue is that we have all been able to not dwell on that question alone, but rather come together to say that Puerto Ricans need us now; and that the diaspora, with the responsibility that we have as elected leaders and as voters in the 50 states, to be able to speak for Puerto Rico,” New York State Assemblyman Marcos Crespo, New York State Assemblyman, said.

“I hope that every one of you really comes to the realization that the power is within us, and that the political climate in Washington is such that we do have leverage,” Congresswoman Nydia Velazquez said.

The conference boasted this power from its programming down to the eclectic group of attendees. On the Saturday of the conference over 80 stateside organizations, leaders, and activists came together to analyze topical issues under the larger crisis.

Pedro Julio Serrano, a human rights prominent LGBTQ community activist and founder of Puerto Rico para Tod@s, was featured on the social media break out session panel, and announced that he would be honored at this year’s Puerto Rican Day Parade, and that the parade itself would be dedicated to the LGBT community.

He was one a list of talented and diverse guests who contributed to breakout sessions. From youth organizers, to veterans, to cultural equity experts, all sessions laid down the groundwork for a more progressive and inclusive agenda upon which to organize from. 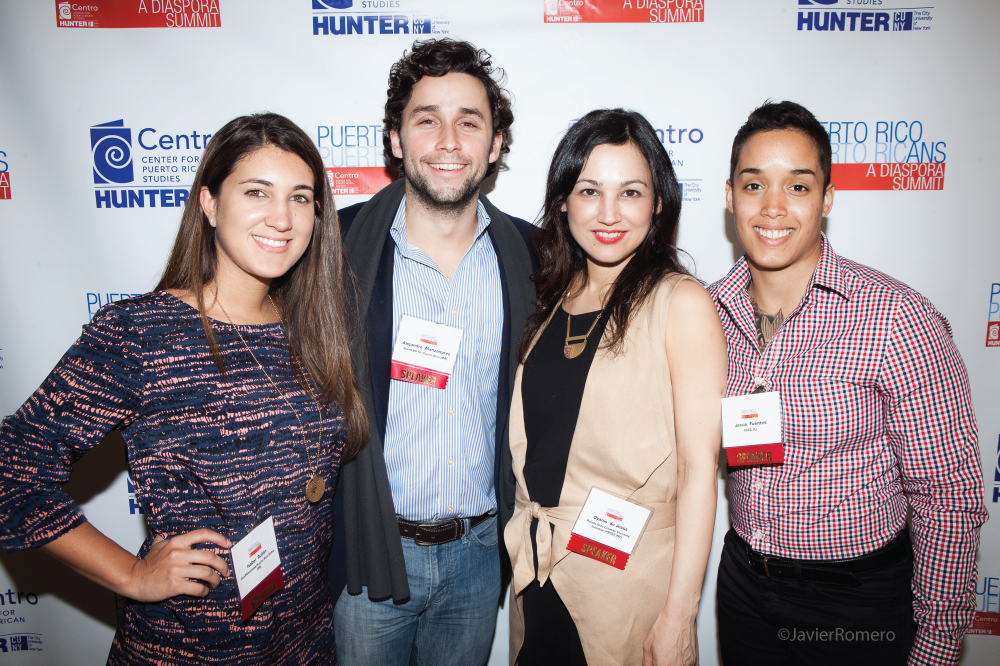 Other panel guests included Juan Cartagena from Latino Justice who called for more voter registration in the upcoming presidential elections, and discussed the role that community organizations play in this, especially in swing states like Ohio, Florida and Pennsylvania. Captain Frank Medina, U.S. Army Veteran and founder of the Borinqueneers Congressional Gold Medal Alliance, was also present and discussed the recent historical recognition received by the Borinqueneers.

As the Center for Puerto Rican Studies prepares to gear up for its next event, they are inviting all Puerto Ricans to join their nation, 8.6 million Puerto Ricans as one, with hopes of continuing to act as a hub for all organizations to coalesce in response to the dire situation on the island.