Queer Puerto Ricans in the Age of Equal Marriage 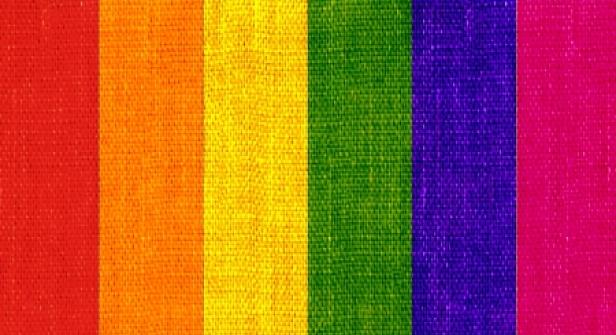 Forty-six years ago, the teenage Puerto Rican drag queen Sylvia Rivera participated in the historic Stonewall revolt in New York City and went on to become a major advocate for transgender inclusion and LGBT rights. She maintained this struggle until her death at the age of fifty in 2002. For years, Rivera’s strident demands went unheard. This former Young Lord, anti-Vietnam war and civil rights activist and member of the Gay Liberation Front, who established STAR: Street Transvestites (later Transgender) Action Revolutionaries with her African-American colleague in arms, Marsha P. (for “Pay It No Mind”) Johnson, was considered a loud, undesirable, disruptive, tacky queen: an outsider, someone to be excluded by racist American gays and lesbians and by homophobic Puerto Ricans, none of whom were very interested in recognizing her as one of their own.

How times have changed! In some senses, Sylvia Rivera would hardly recognize the world we live in: the recent approval of gay marriage by the Supreme Court of the U.S.; the increasing visibility of transgender individuals on the national stage; the recent commercial premiere and critical acclaim of the landmark documentary Mala Mala directed by Antonio Santini and Dan Sickles, which focuses on drag and trans experience on the island of Puerto Rico; and the Puerto Rican community’s own celebration of Rivera’s legacy in the pioneering special issue of CENTRO Journal on Puerto Rican Queer Sexualities (2007) and in last month’s issue of CENTRO Voices, which featured one of her speeches as the main story. Yet, as we continue to celebrate these advances—which also include the radical transformation of the situation of persons with HIV/AIDS—it is important to recognize the multiple challenges that LGBTQ Puerto Ricans still face both here and in the Caribbean archipelago.

Over forty years of island-based activism have brought about a visible social movement with identifiable leaders that have also effected governmental change, for example the approval by the Puerto Rican legislature of Law 22 of 2013 prohibiting discrimination on the basis of sexual orientation or gender expression. Yet, as leading activist Olga Orraca expressed at a talk at the Latin American Studies Association (LASA) conference held in May in San Juan which was then reprinted in the weekly Claridad, this law is only as good as its enforcement: Puerto Rico continues to be a space marked by homophobia, where conservative religious groups and politicians gain ground every day, and where legislation does not always go hand in hand with actual social change. What good is a law if people disregard it and don’t uphold its spirit? For Orraca, activism is a process that never ends, not a practice with finite goals. Her voice joins that of other leading LGBTQ activists such as Pedro Julio Serrano who continue to advocate for social change.

Marches and festivals are some of the most visible spaces for public acknowledgement of identities and communities. Puerto Rico celebrated its 25th LGBTT Pride parade on June 7th in San Juan and the 13th Annual West Coast Parade in Boquerón (Cabo Rojo) on June 14th, and is now in the midst of its 10th Festival de Teatro del Tercer Amor at Coribantes Theater in Hato Rey (San Juan). There is a highly visible and acclaimed Spanish-language queer literary scene on the island and diaspora, which has included the publication of Angel Lozada’s La Patografía (1998), the publication and translation of Mayra Santos-Febres’s landmark novel Sirena Selena (2000), the appearance of the groundbreaking Los otros cuerpos: antología de temática gay, lésbica y queer desde Puerto Rico y su diáspora (2007), and the publication (2010) and translation (2013) of award-winning Mundo cruel by Luis Negrón. In New York City, writers such as Charles Rice-González and Charlie Vázquez have made great strides. Pregones Theater has maintained its Asunción Theater Project focusing on alternative Latina/o sexualities, while the Bronx Academy of Arts and Dance maintains its Out Like That! Festival. Online blogs, podcasts and journals such as La Respuesta and Feast of Fun in Chicago have queer Puerto Rican content. And photographer and video maker Ricardo Muñiz has been celebrating the legacy of pioneering artists such as Miguel Algarín (see his incredible story in Centro Voices) at the same time that he actively participates in creating new gay Latina/o visibility through his images and films.

These cultural achievements have led to important recognitions. Just this year, the author Max Chárriez and Professor of Literature Monica Lladó organized the First Congreso de Literatura Queer at the UPR Carolina, held the week before the Gay Pride March, and honored transgender scholar Luis Felipe Díaz (also known as Lizza Fernanda) for her outstanding achievements as a university professor and performer, which have included a diasporic expanse crossing from Chicago to San Juan. Meanwhile, in New York City, Arnaldo Cruz-Malavé organized two days of queer Latina/o events in May as a preamble to this year’s Loisaidafest, highlighting the queer Latina/o history of Loisaida. The celebration included performances by Emanuel Xavier, Karen Jaime, Jorge Merced, Susana Cook, and Lola von Miramar and academic and artistic discussions with Ela Troyano, Carmelita Tropicana, and Roy Pérez.

Enormous progress has been made, but there are still huge hurdles to overcome. Politics is a space of contention: while LGBT advocate Melissa Mark-Viverito is the Speaker of the New York City Council and openly-lesbian Rosie Mendez represents the Lower East Side, the queer Puerto Rican community still lacks many more visible allies and spokespersons across the nation. Rising HIV infection rates among African American and Latina/o youth continue to be of concern. Puerto Rican trans women and gay men and lesbians continue to be the victims of violence. While there is much to celebrate, we must not forget that the struggle is not over.