Words or Water: An Interview With Nuyorican Poet LiYun Alvarado 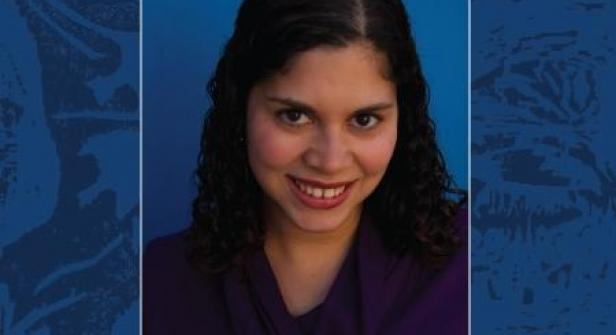 The warmth and exuberance of LiYun Alvarado, whose name combines those of her parents, is captured in her seamless ability to jump from Spanish to English. Her ability to code-switch also comes with a knack for combining sweet humor and deep emotion in her poetry. Hers is a poetry that lives in the intersections, that hurts and heals at once.

The first time I heard LiYun’s intoxicating and melodious poetry was at a Capicu People’s Open Mic in May of 2015. Mind you, we’ve known each other for over 15 years, and I had yet to listen to her work, mainly because poetry wasn’t my cup of tea and I’ve never quite understood the beauty others find in it. That is, until that day.

As I watched her, in a flower-print dress, recite, though it felt more like declaring, an ode to her mother, I understood what the deep connection to our poets is all about. Li Yun’s poetry provided a gateway to the past. She spoke to the new generation of poets' ability tether us to the present while keeping us rooted in the history and strength of the stateside Puerto Rican community.

On the brink of releasing a new collection of poems, Words or Water, I had a chance to ask Li Yun about her life, process, and how she came to fall in love with poetry and dedicate her life to it.

SL: Tell us a little bit about you. Where did you grow up?

LYA: I was born in the Bronx and lived there until I was about 12 before moving to Queens—Ridgewood, to be exact, long before living by the “M” train was hip. My parents are both from Salinas, Puerto Rico, and my brother and I would spend summers in Salinas with our grandparents and large extended family.

SL: How did you get into poetry?

LYA: I’ve always been a voracious reader. As a young girl I loved reading YA novels, but didn’t read much poetry until high school and college. One of my most vivid memories of falling for poetry is from high school. During my senior year, Liz Fernandez, the Director of Diversity of my predominantly white private high school, invited Pedro Pietri to one of our high school assemblies. I was blown away. Pietri’s humor, energy, and unabashedly Puerto Rican poetics made me look at poetry in a new light. Being one of about a dozen Latina/os in our high school made me feel like an insider as Pietri code-switched and cracked jokes that only made sense to those who knew knew certain cultural references. That was probably my first visceral experience of understanding the importance of writing with an authentic voice. I chatted with Pietri after his performance and feel so blessed to have met the great Pedro Pietri before he passed. I only wish I had known at the time that I was in the presence of one of the giants of Nuyorican poetry, but I would not learn about the Nuyorican poets until I took a Latina/o literature course in college.

SL: You have several projects in the pipeline, including a new collection of poetry. What was the inspiration behind the book?

LYA: Words or Water has been a labor of love nine long years in the making. A version of the chapbook began as my MA thesis at Fordham where I earned an MA in creative writing and a PhD. Over the years Words or Water has evolved and changed quite a bit. In 2012, Rigoberto González selected an earlier version of the manuscript as an honorable mention for The Andrés Montoya Poetry Prize. Last summer, as I was looking over the poems again, I realized that the core poems worked better as a smaller collection—a chapbook—instead of as a full-length book.

After such a long gestation period, I’m thrilled it will finally be out in the world this summer! The poems in Words or Water explore relationships—especially intimate relationships and intergenerational family relationships. Puerto Rico and New York both feature prominently, they provide the backdrop and are sometimes in the foreground of so much of my work because they are the places I’ve lived in the longest. In keeping with the strong family theme, I asked Daniela Alvarado, my 15-year-old second cousin, for permission to use her beautiful artwork for the cover of Words or Water.

SL: You recently became a New Voices Honor winner for your manuscript A Star Named Rosita: The Rita Moreno Story. Why did you decide to go into children's book writing?

LYA: I love picture books and have collected them for many years. I especially seek out picture book biographies of notable people of color, especially writers and performing artists. One of my favorites is The Storyteller’s Candle / La velita de los cuento by Lucía González and illustrated by my favorite illustrator Lulu Delacre. The book is about Pura Belpré, the first Puerto Rican librarian in New York. I’m also very fond of fellow poet Willie Perdomo’s two picture books Visiting Langston and Clemente!

I first learned about Rita Moreno when I was a student in a performing arts program at IS 143 in the Bronx. My love of the stage made Rita Moreno an obvious source of inspiration. She was the first Boricua I had seen in a musical and was one of the only ones I knew who was an actress. Even though I became a writer and an educator—not a performer— I still drew inspiration from Moreno’s story and felt grateful that she was in the public eye bringing attention to the positive contributions Puerto Ricans and Latinas make in this country.

SL: What was the process of documenting the life of such an icon for children?

LYA: Last summer I realized there was not a picture book biography written about Rita Moreno’s incredible life story—from her childhood in Puerto Rico to her adulthood as one of our country’s most celebrated performers—and I was shocked.  That absence motivated me to write “A Star Named Rosita: The Rita Moreno Story” in the hopes that her story could reach a new generation of young readers and performers. I thought of the quote attributed to Toni Morrison, “If there’s a book that you want to read, but it hasn’t been written yet, then you must write it,” and I got to work.

Shortly after deciding to work on this project, I found out about Lee & Low Books’ New Voices Award, and the contest guidelines provided me with a word count and a deadline. Working on a picture book biography allowed me to scratch my researcher itch. I read Moreno’s memoir, a YA biography about her life, and other short biographical pieces. I also read about picture book writing, and read a lot of picture book biographies to get a sense of pacing and potential narrative styles. During all of that reading I took notes and sketched out a working outline for the book. Then I wrote and revised, revised, revised.

I loved the final product and I thought it had a real shot of winning or receiving the honor. I was overjoyed when I learn that “A Star Named Rosita” had impressed the editors at Lee & Low, especially since it’s a press I deeply admire for its commitment to improving diversity and inclusion in the literary arts world. I plan to continue working on the manuscript, so that it may be published one day soon.

SL: While you grew up in New York, spending much time in Puerto Rico, you now live in Los Angeles, California. What it's like being a Puerto Rican in these different spaces?

LYA: Being Puerto Rican and a New Yorker living in Los Angeles can be rather lonely at first. All the clichés around food and driving hold true. I miss NY pizza, bagels, Mr. Softee, and the zeppoles that were a staple of my childhood summers. Not to mention missing my arroz con gandules and cuchifritos.

While most people do indeed tend to drive everywhere, I’m lucky to have moved to a part of Long Beach, CA (about a half hour — with no traffic — south of downtown LA), where people walk and ride bikes as much as they drive. I’m one of those rare hold outs who after almost four years of living out here still doesn’t own a car or drive. I walk, ride my bike, take the bus or the train, arrange rides with my partner or friends, and last weekend I learned to use Uber. Living in Long Beach, I feel like an “outer borough” kid, which suits this Bronx and Queens kids just fine.

The New Yorker adjustment has been in some ways easier than the Puerto Rican adjustment because Puerto Ricans in LA are few and far between, but I’ve managed to make some Puerto Rican friends — including fellow New York transplant Boricua poet Luivette Resto. I’ve also found the market that has the right Goya products (i.e. gandules alongside the frijoles negros). And since LA is an international city, some of the best Puerto Rican musicians make their way here—I’ve seen Cultura Profetica, Plena Libre, Andy Montañez, and Tito Nieves, among others while living in LA. There is even an annual Puerto Rican festival in Long Beach each summer—this year La Sonora Ponceña will be the featured band. In short I seek out the Puerto Rican spaces, which is in many ways easier to do in and around Los Angeles than it might be in other less urban parts of the country.

Having spent so much time in Salinas also helped prepared me for the change of pace and for a life of living by the ocean and in the sun. In my poem “I <3 LBC” I write, “On this new coast, the sun and the ocean / welcome their Caribbean cousin.” I feel welcomed here and, after the initial months of culture shock, I feel at home.

SL: How do you stay connected to Puerto Rico? How does your identity as a Nuyorican woman inform your creative process?

LYA: Since I often write about my family, Puerto Rico and New York are ever present. Both places are deeply embedded in my sense of self and thus those landscapes inevitably seep into my work.

I travel to Puerto Rico as often as I can although now that I’m farther away, my trips are spaced out about every 18 months as opposed to at least once a year. My mom lives back in Salinas and my dad plans to return as soon as he retires this fall, so my brother, sister-in-law, and nephews will soon be the only family members I have left in New York. Last summer, I wrote a great deal about the river in Salinas, and want to work on a collection with Salinas at its center, although that project is just beginning to take shape right now.

My husband is Chicano and from East LA, so there’s a growing Chicano and Mexi-Rican influence on my writing as well.

Words or Water is available for pre-order now.