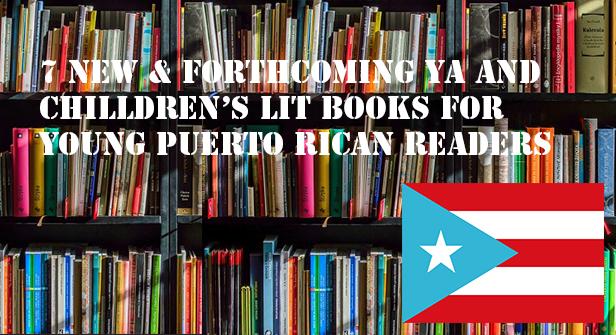 From a picture book biography of legendary Puerto Rican librarian Pura Belpré to the next adventure for young Sofi, children and young adult readers have more than a few new books to look forward to in 2019. In the following list, we share a list of some upcoming titles that will hopefully encourage future generations to learn about and cherish their Puerto Rican heritage.

Pura Belpré is known as a pioneering figure in New York, the first Puerto Rican librarian to work in the city’s public library system. In this picture book, readers are introduced to the stories and accomplishments that have made Belpré such an enduring figure for the Puerto Rican community in New York City.

After her father loses his job, 11-year-old Carolina moves with her parents and younger brother, Daniel, from their home in Puerto Rico to upstate New York. As she adjusts to her new life, Carolina also tries to hold onto her Puerto Rican identity. Meanwhile, she spends the summer at a camp where she meets a fellow artist and strikes up an important friendship.

Similar to the bogeyman, the story of El Cuco is told to young children to discourage bad behavior. In this young adult novel by Ann Dávila Cardinal, the two main characters must survive as Puerto Rico becomes the site of a series of violent murders.

In this picture written and illustrated by Carlos Aponte, the story takes place in Viejo San Juan, as young Carlitos searches for father. Having left a home that includes his mother, his grandmother, and their cat, Carlitos goes on a colorful adventure where he comes across a range of characters and experiences.

This is the fourth title in the Rafi and Rosi series. In this latest book, the two protagonists, a pair of tree frogs, learn about the Afro-Puerto Rican musical traditions of bomba and plena, as well as the flora and fauna of Puerto Rico.

It was just last year that Bronx-born author Lilliam Rivera published her debut novel The Education of Margot Sanchez, which tells the story of the titular character, a Puerto Rican girl from the Bronx. Now, Rivera is set to publish her sophomore effort. Dealing in Dreams is a dystopian novel in which girl gangs rule the streets and sisterhood is a means of survival as the characters must make difficult choices.

Sofi Paints Her Dreams… is the sequel to Ortiz’s first book in which young Sofi learns about Puerto Rican culture after coming across a magical mural. In this next adventure, Sofi’s imagination takes her to the Dominican Republic, where she learns about two legendary historical figures.