Home » Centrovoices » Letras » On Being Nuyorican 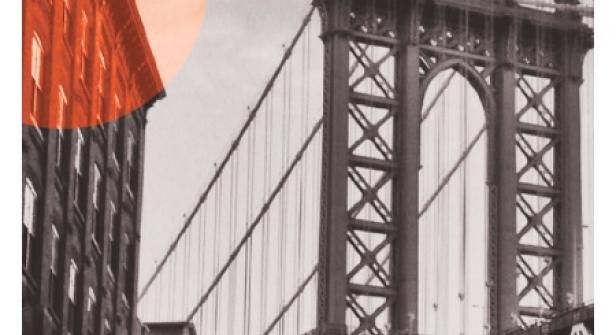 "One of the things my parents taught me, and I'll always be grateful for the gift, is to not ever let anybody else define me."
Wilma Mankiller—Principal Chief of the Cherokee Nation, 1985-1995.

What is identity? Is it contained merely in the language we speak or in what and how we write, in the food we eat? Is it skin color, gender or geography? Is it a label imposed by academicians, by politicians or corporations?

In deciding to bring together these women and their work, I thought of our history; the history of Puerto Ricans. I thought of our identity by way of New York City, the Nuyorican Literary Movement and of how these are intertwined. But, what I first thought about was the women; women who have been instrumental in the founding and development of this literary movement but who are often excluded from its pages. Rather than providing a text of historical information regarding the role of women in the creation and expansion of the Nuyorican Literary Movement (that will come later), the collected poems and essays herein speak for themselves. The poets have been arranged by the year in which they first read their work to an audience as adults. I felt this was a better indicator to use than the year they first began to write: many began as children, or the year in which they first published, since many had long read their work in public prior to publication. Because so many can be considered “Nuyorican,” somehow it was necessary to come up with a criteria for compiling these works if there was to be some type of limit to the writers and materials included. Life-lived, gender, language, geographic ties to the US and/or to Puerto Rico (whether by birth or parents’ birth), and a commitment to the writing life would be it. Of course, this collection of Nuyorican women poets and writers is not representative of a complete list. I thought it important not only to present women writers from the mainland but to also include at least a couple from the island. Adding the voices of Marithelma Costa and Myrna Nieves (to be published in the next issue on April 25th) proved essential to the discourse. It gave me another perspective on these issues. In both Dr. Costa’s and Dr. Nieves’ essays I found differences but, I also found common ground. The essays are strategically placed within this poetic dialogue. The poems included in this collection also share common ground in themes such as: tributes to poets and others who came before and who were influential in the women’s lives, family, love, drug addiction, the neighborhood, Puerto Rico and identity. Other subjects that are explored but surface less frequently includes mental illness, witchcraft or witches, death and spirituality. The collected works were too numerous to contain in a single volume of Voices so, it was divided; predominantly by era. Thus, the Millennials are in the second issue so please stay tuned.

In my discussions with friends and colleagues (from both here and the island) regarding what it is to be Nuyorican, throughout the years I’ve come to understand the shapeshifting nature of the term. I came into the “Nuyorican” picture in 1978 when as a student I met Miguel Algarín who had just taken over the chairmanship of the then, Puerto Rican Studies Department at Rutgers University. We became friends and I’ve been part of the movement and around my fellow poets, since.

Initially, the term Nuyorican, came about as an insult on mainland Puerto Ricans by island Puerto Ricans. It was meant to offend which it did, for a while at least. But then, like African-Americans who transformed the insult; “Black,” into a description of beauty and power, so did Puerto Ricans from the mainland transform the insult: “Nuyorican.” In the 1975 anthology: Nuyorican Poetry: An Anthology of Puerto Rican Words and Feelings (William Morrow & Co), Miguel Algarín and Miguel Piñero succeeded in encapsulating and naming a phenomenon that was occurring within the Puerto Rican community and that was being expressed artistically (at that time) in New York City. They also, along with Lucky Cienfuegos, Richard August and ultimately Algarín’s mother; Maria Socorro, established the Nuyorican Poets Café; a place where the artistic expression of this Puerto Rican transformation could continuously voice itself. This artistic expression has been expanding and morphing ever since. I feel its history is important as, through thirty years and counting in which I have been part of this movement; I have come to witnessed writers who once despised the term “Nuyorican,” now claim to be its creators. I guess being “Nuyorican” has gone the way of Post Modernism: dissolution of distinction, an anarchic collective[1]? Well, I can understand human flaw but I must also appreciate and deeply respect the origins and historical development of the term and its necessity. The fact that a people; families, were recklessly taken apart in order to perpetuate a gluttonous empire. So, Puerto Ricans had to migrate from their homes on the island in order to find jobs to subsist thus, a fractured nation and identity. How does the saying go, divide and conquer? The “stigma” of being called “Nuyorican” reached the mainland shores. Several Puerto Rican writers and artists on the mainland did not initially recognize themselves as Nuyorican. Rather than a marker of empowerment, the label was seen as synonymous with giving up one’s culture and true identity, with identifying as an American. Puerto Rican poets and artists like the great Pedro Pietri himself, Papoleto Melendez and director Eddie Figueroa; who lived in New York City, did not initially consider themselves Nuyoricans. As a result and as a response to the creation of the Nuyorican Poets Cafe, they founded the New Rican Village.[2] This was in stark contrast to the women writers like Sandra Maria Esteves, who considered herself (among other identifiers) as Nuyorican.

In actuality, being a Nuyorican was a way of survival on the mainland. It was an elected identity, a way of self-determination and empowerment. It was about a life lived and fought for in the cold burned out neighborhoods of Loisaida[3] and El Barrio. It was about a life constantly infiltrated by death. Like the time my friend and mentor, Pietri described how his father, freshly in from the island, did not wear a coat in the middle of winter and subsequently died of pneumonia leaving his wife and five children. Being a Nuyorican writer especially a poet, meant being a particular individual that expressed a particular life experience in writing. The poetry was “Nuyorican” only if first lived. It was a serious endeavor, a form of documentation, the defiant expression of the voiceless.

Fast forward to the present and it’s been an interesting and painful social, spiritual and economic “experiment.” Now, as you will see in the poems included herein, many younger Puerto Rican writers born and raised on the mainland, proudly use Nuyorican as an identifier of who they are.

There also exists a substantial group of Puerto Ricans and Puerto Rican writers from the island who identify themselves as Nuyorican. A Nuyorican Café exists in San Juan. Many writers; those who have recently migrated to the mainland from the island and those who are from the mainland whether New York City or other parts of the US, have become involved in this artistic movement. They claim it as their own; some even taking the position of being its “spokespersons.” Now another evolution of the term along parallel lines is taking place as can be read these poems and in Costa’s and Nieves’ essays. The Puerto Rican island community and its writers are struggling with fitting into the parameters of identification of the term. Am I a Nuyorican writer if I’ve lived on the mainland long enough? Am I a Nuyorican writer even if I write predominantly in Spanish? Am I a Nuyorican? Additionally, no longer is Nuyorican literature necessarily identified exclusively by the strict definitions of the past: the code switching from English to Spanish to Spanglish, the nostalgia for Puerto Rico, the focus on migration and on social and political themes.

Now to be Nuyorican, is to be hip, fashionable, trendy. In some sectors, if you’ve read at the Nuyorican Poets’ Café, even if you’ve just flown in from your home town in Germany, you’re a “Nuyorican.” Globalization? Well, I can also understand this. But, what is essential and important to remember, as I see it, is the origins of the term. However and whatever shape being Nuyorican takes, what should not happen is forgetting where it came from and who were the actual writers instrumental in its continuation, including the women. How does the old adage go; forget your history and you are doomed to repeat it? You might also be doomed to have revisionists rewrite it. I’m a firm believer that if you don’t know where you came from and if you are not honest (at least with yourself) about your origins, you’ll probably end up in the wrong place. If to be Nuyorican, moving forward, means the unification of a community long broken apart by the political powers that be, then the Universe and/or the Puerto Rican collective unconscious have evolved the term (above all of the squabbles, hype and noise) into a just cause. In this respect, I stand with the women. I’m neither from here nor there and I too am Nuyorican.

For such amazing support, I would like to thank the Centro Voices staff: Xavier Totti, editor; Suset Laboy, co-editor and Noraliz Ruiz, managing editor. Also a big thank you to: Pedro Lopez Adorno, the Center for Puerto Rican Studies at Hunter College, Papo Swiggity Santiago, Dan Shot and to all of the women writers whose works are part of this wonderful collection.

© Nancy Mercado. Published by permission in Centro Voices on 10 April 2015.