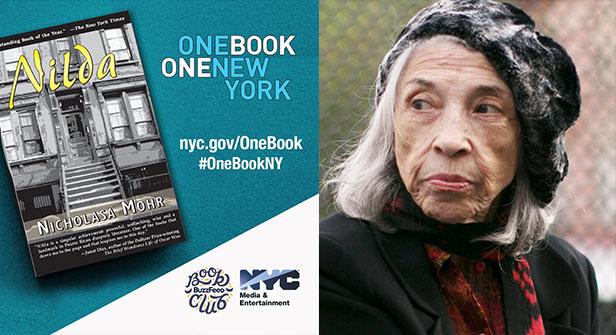 Since 2017, The Mayor of Media and Entertainment (MOME) has spearheaded One Book, One New York, a reading campaign that encourages New Yorkers to vote for their favorite book out of five selected each year. One Book, One New York can be thought of as an informal book club where anyone and everyone can participate.

One of this year’s contenders is Nuyorican author Nicholasa Mohr’s 1973 debut Nilda. Nicolás Kanellos, Director of Arte Público Press, which published the book’s second edition with illustrations by the author, described the novel as “a sensitive portrayal of a young woman coming of age in New York City, amid the stresses of family, a nation at war and the clashes of culture.”

Mohr was born in New York in 1938. Her mother, Nicholasa Rivera, moved from Puerto Rico to Spanish Harlem during the Great Depression, then to the Bronx after meeting the author’s father, Pedro Golpe. Mohr’s lifelong love affair with words and art began shortly after her father’s death, when her mother gave her paper and writing and coloring utensils to help her cope with grieving process. In her Something about the Author Autobiographies Series (SAAS) essay, Mohr recalls, “by making pictures and writing letters I could create my own world...like ‘magic’.”

She later attended the Arts Students’ League in New York and traveled for a time while studying art. Mohr was working as a visual artist when HarperCollins’ editor-in-chief Ellen Rudin offered her a contract for her first novel. Since the book’s publication, Mohr has continued writing and is the recipient of several awards and honors, including the Outstanding Book Award in Juvenile Fiction and an honorary doctorate from the State University of New York at Albany. 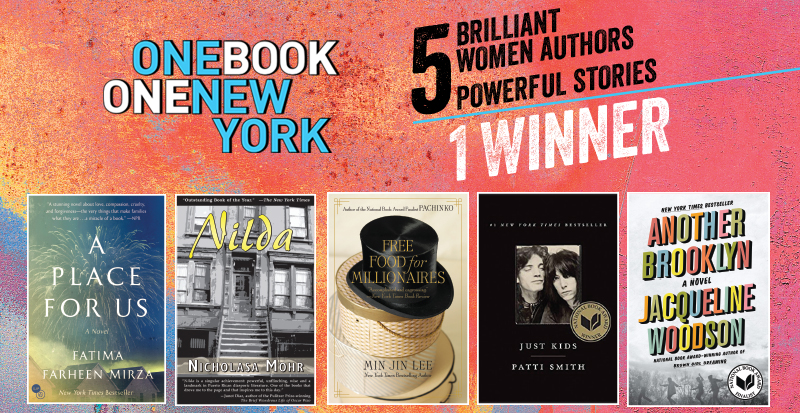 Set in the 1940’s in El Barrio, Nilda’s eponymous protagonist Nilda Ramírez, a young Puerto Rican girl, recounts her experiences as she and those around her deal with issues of racism, poverty, religion, and adolescence. “It was one of the first novels to reflect the lives of Puerto Ricans, especially young women, trying to make their way in stateside society,” says Kanellos.

Mohr’s version of the long romanticized and historic Nuyorican neighborhood includes busy streets, constantly filled with people talking, merchants selling their goods, and children playing. Yet much like the present, El Barrio was undergoing a metamorphosis at the time, as Italian and Jewish residents were replaced by Puerto Rican newcomers. Beyond books like Nilda, there are efforts to preserve this history amid rapid change. Last month, the New York State Board for Historic Preservation added a section of East Harlem to the Registry of Historic Places, all but guaranteeing that the neighborhood will be added to the National Registry of Historic Places as well.

Mohr uses both humor and sadness, through a child’s perspective, to paint the life experiences of the nascent Puerto Rican diaspora—in the process, countering the negative portrayals and harsh treatment of Puerto Ricans that abounded during this time period and, in some cases, continue into the present day.

One example is a scene where Nilda accompanies her mother to the public assistance office. There, they are both belittled by the social worker, revealing familial tensions as Nilda becomes more keenly aware of how Puerto Ricans are perceived. The worker chastises the mother, Lydia, for her poor judgement in bringing her daughter with her to office, even if she “isn’t feeling well,” and then berates ten-year-old Nilda for having dirty hands, calling her “filthy.” “Why did you let her talk like that to me? Why didn’t you stop her?” Nilda pleads. “I have to do what I do,” responds her mother. “How do you think we’re gonna eat? We have no money, Nilda. If I make that woman angry, God knows what she’ll put down on the application.”

Mohr’s narrative skill also allows her to convey complex issues such as racism and colorism, which still resonate today, in simple yet equally eloquent ways. One example frequently cited shows the blatant maltreatment and discrimination by non-white law enforcement agents towards Puerto Ricans, as they enjoy the cold water bursting out of the fire hydrant before the dog days of summer, “Goddamn you bastards, coming here making trouble...If this happens again...I’m going to arrest all your asses! The whole goddamned bunch of you spics!”

Obviously, nostalgia for El Barrio in Nilda’s story, in some instances, isn’t for the same neighborhood we see today. El Barrio is undergoing yet another transformation—though as we saw after Hurricane Maria, it is still a place where Puerto Ricans come to feel welcomed to the city. And if they walk past 111th St. and Lexington Avenue, they will see the face of one of their own, now a major Latina literary icon whose giant mural overlooks El Barrio, figuratively watching over El Barrio, and keeping its past alive for future generations.

New Yorkers have the entire month of April to cast their votes. On May 3rd, the winner will be revealed during a short ceremony.

The Rat-Tat-Tat of the J and M Train: An Interview with Richie Narvaez

Editor's note: This interview is the 13th in a series that will focus on contemporary...
7 New & Forthcoming YA and Children's Lit Books for Young Puerto Rican Readers