Home » Centrovoices » Letras » The Season of Rebels and Roses: An Interview with Dr. Virginia Sanchez Korrol

The Season of Rebels and Roses: An Interview with Dr. Virginia Sanchez Korrol 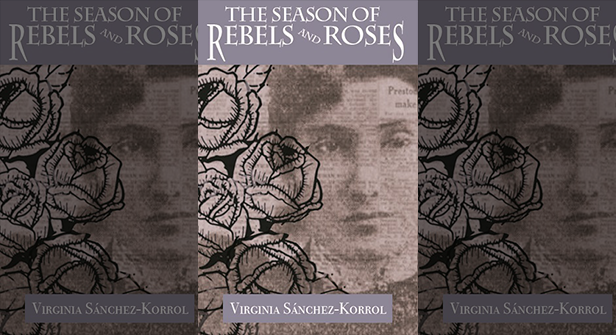 For the second installment of her young adult trilogy, historian and author Virginia Sánchez Korrol returns to the late 19th century struggles for independence led by Caribbean exiles in New York City. In The Season of Rebels and Roses, however, the focus shifts away from the Cuban independence movement—as is the case in the first novel—and toward the Puerto Rican struggle for liberation; specifically, the ten year period that precedes the Spanish-American War.

Each chapter of the book, in turn, is devoted to a year, culminating in the year 1898, when Spain ceded Puerto Rico to the United States. For the characters in the book, the uncertainty of what will happen as a result of the war between the two countries is a window into the past that echoes in the present. Just as the tragedy of Hurricane Maria ushered in a new reality for Puerto Ricans, American intervention at the turn of the century struck a blow to the hopes of independentistas both on and off the island.

The decade prior, however, saw Cuban and Puerto Rican exiles working together in New York City to support their respective revolutionary movements against the Spanish Crown. 1892, for example, is the year that the Cuban Revolutionary Party and Club Borinquen are formed. As a result, historical figures who appear in the book include Eugenio María de Hostos, Robert H. Todd, Dr. Julio J. Henna, José Martí, and so on.

The story of Dr. Julio J. Henna, a physician who, along with Todd, became a prominent member of the Puerto Rico section of the Cuban Revolutionary Party, is particularly relevant to the coda of The Season of Rebels and Roses; as he meets several times with U.S. President William McKinley during the Spanish-American War to advocate on behalf of Puerto Rico. “Henna goes down in history as an assimilationist,” says Sánchez Korrol. Yet in the book, she explores the nuance of his character and of his decision—in good faith—to help the United States. It is not until the last minute, Sánchez Korrol notes, that Puerto Ricans are either not invited or not permitted to join to advancing American army, despite prior negotiations.

Similar political discourse has carried over into the present day. The debt crisis and reconstruction effort, for instance, include conflicting viewpoints, especially with regard to the role of the United States—whether in reference to the Federal Control and Oversight Board or the proposal of a Marshall Plan to rebuild Puerto Rico after Hurricane Maria. In the case of Henna and his fellow revolutionaries, it is love for country, rather than partisanship, that motivates their attempts to resolve a complicated set of circumstances.

In the book, love for country mirrors the love that two exiled Puerto Rican couples share in the midst of their political activism. “The book turns out to be a love story,” Sánchez Korrol told Centro Voices. “You have two couples, husbands and wives who are very much in love with one another.”

One of those couples is Inocencia Martínez Santaella and Sotero Figueroa. In 1889, they moved to New York, where Sotero, a black ponceño, became the editor of José Martí’s revolutionary and influential newspaper Patria. Inocencia, on the other hand, went on to create the first women’s club associated with the Cuban Revolutionary Party, El Club Mercedes Varona. Women from various backgrounds were members of the club, according to Sánchez-Korrol. “She [Inocencia] has Puerto Rican women and Cuban women, black women and white women, poor women and rich women in this club because they were all struggling for independence.”

This kind of broad, intersectional political awakening is another component of the book, or as Sánchez Korrol explains:

The other revolutionary couple in the story is Bonacio Tío Segarra and Lola Rodríguez de Tío. Like Sotero and Inocencia, they arrived to New York City in 1889. The couple had been banished from Puerto Rico for the second time as a result of the politically charged subject matter of Doña Lola’s poetry. The first time had been two decades earlier after she wrote the original lyrics to the Puerto Rican national anthem “La Borinqueña,” which were subsequently replaced by the current version written by Manuel Fernández Juncos.

It is in New York City that Lola reconnects with Inocencia as the two work toward the common cause of Cuban and Puerto Rican liberation. For many of the interpersonal narratives layered in the book, the bond of friendship is what provides an engaing depth to the novel’s historical framework,

“I turned to the novel as a way to reach younger readers,” says Sanchez Korrol. “And all of my characters are historical figures, so if they’re interested in the story they will go to the history sources to learn more.”

The book also serves as a valuable resource for educators. From the sinking of U.S.S. Maine in Havana Harbor to the ill-fated rebellion in 1897 known as the Intentona de Yauco, The Season of Rebels and Roses discusses events—as they happened—that will go on to have a lasting impact on world history. To that end, a timeline is included in the book, as well as a study guide of ten questions for students.

Going forward, Sanchez Korrol hopes to finish the third installment of the historical fiction trilogy, all the while continuing to sharpen her literary skills. “If I do the third book, it’s going to be a little easier.”