Home » Centrovoices » Reviews » After Maria: A Reflection on Second Viewing 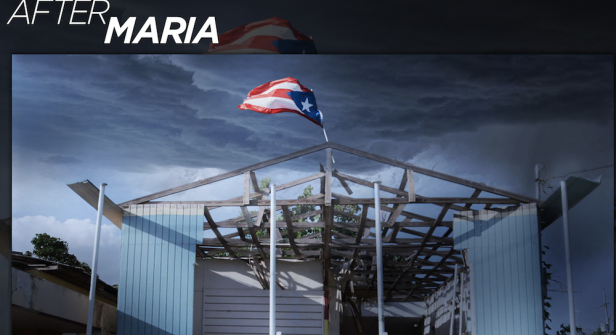 About a week ago, Netflix added the 37-minute documentary After Maria by Hunter College grad Nadia Hallgren to its collection. I have to confess that watching the film was not at the top of my list of things to do this past weekend. After all, this is not the first neither the last documentary on this topic. A short film entitled Candlelight and Después de María: las dos orillas are just two examples that present differing perspectives. Centro had even compiled a list of 9 such documentaries that were screened last year at the International Puerto Rican Heritage Film Festival.

However, a controversy erupted when Puerto Rican social media users started to denounce the families depicted in the documentary as lazy and unrepresentative of the Puerto Rican people. Maria Echevarría started a petition on change.org demanding its immediate removal. As of June 3, the petition is less than 2,500 signatures from its goal of 50,000. The petition reads:

"After Maria" is a documentary based on 3 Puerto Rican families and how they ‘"survived’" after the hurricane. This documentary disrespects the honor, values, and working spirit of our commonwealth by ridiculizing us as poor, inconsiderate and maintained by (FEMA). People from Puerto Rico did not like the documentary and are criticizing it in all social media, news, and papers.

There is another petition on Care2 demanding the same. That one is less than 800 signatures from its goal of 12,000. Ada B., who started the petition, argues that:

“Netflix has a so-called documentary called "After Maria", in which it follows three families in the aftermath of Hurricane Maria.

After reading very insensitive posts on Twitter and Facebook accusing the families of being lazy, fake, paid Nuyorican actors, manteníos, and much more, and receiving an email invitation to sign the petition, I watched the documentary last Friday and posted a brief post on my Facebook wall.

In that post, I criticized the “respectability politics” that the detractors of the documentary seem to follow, and the tired question of who represents/who is a true Puerto Rican. The post immediately earned likes as well as negative comments siding with those who seem the film as poorly done, unrepresentative of the Puerto Rican experience, and asking for its removal—paramount to censorship. After a heated debate that lasted until Saturday, I watched "After Maria" again and waited until Sunday to, again, write another Facebook post.

This is what I saw upon my second viewing.

I saw people who prepared for the storm's onslaught—to at least be without water, electricity, money and access to groceries for two weeks. Not even soldiers are expected to prepare for such a thing.

I saw people who when they prepared for these two weeks—basically put most of their income and savings into those preparations. That is how precarious "living" in Puerto Rico is for a great percentage of the population. And that was a reality before Maria.

I saw strangers creating communities in inhospitable conditions and supporting each other with whatever they could put together.

I saw people dealing with trauma, anxiety, pain (both physical and emotional), and still make room to help others and gift a smile and a hug.

I saw people turning hotel rooms into homes—not because they wanted to stay there—they still want to return to Puerto Rico to this day, but because they were trying to bring some comfort and normalcy to their children.

I saw people figuring out how to make ends meet.

I saw people going over an apartment list and using their limited English to try to find an apartment they could afford.

I saw people dealing with a precariedad that would paralyze most of us, and still looking ahead toward the possibility of a better future.

I saw people that many (as social media showed) would refer to as "cafres" in the Puerto Rico I grew up in. I know because that is exactly my background, a cafre.

In this documentary, I heard a familiar voice on the phone explaining to the families portrayed in the film that it looked like this time there would be no extension of the FEMA program that put them in the hotel as refugees. And this is very important indeed. Maria had not clear Puerto Rico and Puerto Rican state-based communities were mobilizing to aid in the recovery and reconstruction effort. I won't mention her name, but she and her husband spent months helping the Puerto Rican refugees in New York navigate the system while pressuring local officials to demand the program to be extended. They continued their work helping people transition from shelters to apartments.

I also saw people like  Natasha Lycia Ora Bannan who has been in the trenches fighting to get justice for these families.

I say all of this because many are saying that these families are portrayed as lazy, hopeless, and that they did not represent Puerto Ricans. I urge you to look at the post-Maria migration numbers to Florida and New York and think hard about whether or not the families portrayed in the film are representative of the experience of tens of thousands of Puerto Ricans displaced by the state and federal response to a natural disaster.

And please, I urge you to also keep in mind that there are hundreds of thousands of Puerto Ricans in the archipelago that to this day survive in similar precarious conditions. Natural disasters do not affect all equally, especially during the recovery and reconstruction effort. Precarity is the reality of hundreds of thousands of Puerto Ricans who, by no fault of their own may be displaced from the land they love and forced to leave behind friends and relatives.

This is what I saw when I watched After Maria.

Dr. Harry Franqui-Rivera is an Associate Professor of History at Bloomfield College, New Jersey. He is also the Executive Director of the New York Chapter of the National Puerto Rican Agenda, and author of Soldiers of the Nation: Military Service and Modern Puerto Rico, 1868-1952 (Studies in War, Society, and the Military Series) Nebraska University Press.

Just as the title suggests, Ramón Figueroa Torres’ book attempts to narrate the history...
Documenting the History of Puppetry in Puerto Rico Through Film