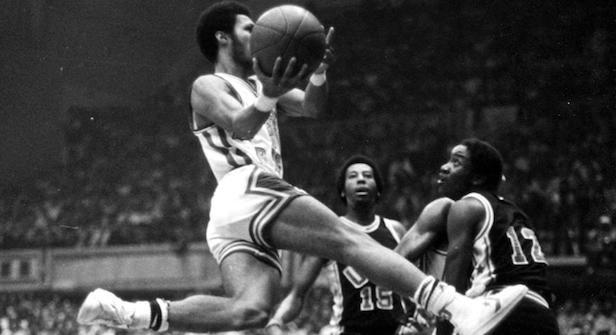 In 1979, the 8th edition of the Pan-Am Games were held in San Juan, Puerto Rico. During those 15 intense days in July, Puerto Rico played host to 34 countries and nearly 1,700 athletes. Today, those games are remembered in Puerto Rico mostly because of our spectacular basketball team, a team that not only reached the final—rather, it will always be remembered for the majority of Puerto Ricans from New York City that made up its roster. The experience of those players, how they felt leaving El Barrio to play for the national team, their contribution to basketball in Puerto Rico, and the political climate in Puerto Rico during those games, are the subject of the documentary Nuyorican Básquet, which is co-directed by Ricardo Olivero Lora and Julio César Torres. This past July 8th, between laughter, tears, and a lot of excitement, I, along with a full stadium of people, shared the privilege of attending the premiere of this cinematic jewel and learning about the incredible history of a team that left their mark on basketball in Puerto Rico. Although I have to admit I’m not a fan of the sport, the documentary makes it so that anyone can enjoy as well as understand the importance of basketball in El Barrio and recognize its distinct style in the way basketball is played today in Puerto Rico.

One of many things I want to highlight is that while enjoying Nuyorican Básquet, I was reminded of the documentary, ¡Yo soy boricua, pa’ que tú lo sepas!, co-directed by Liz Garbus and Rosie Pérez. Both documentaries not only pay homage to Boricuas of the diaspora, Nuyoricans in particular, but they compliment and dialogue with one another.

On the one hand, each documentary emphasizes the importance of the diaspora in the political and cultural history of Puerto Rico. Whether through basketball or the National Puerto Rican Day Parade in New York City—the subject of ¡Yo soy boricua, pa’ que tú lo sepas!—the two cinematic texts demonstrate that the Boricua nation, much like what happens among Palestinians, helps to shape and support its people, even if not living on the archipelago. You don’t need paperwork to be Boricua, though you can fight for it; it doesn’t require having stepped on Boricua soil, nor does it mean speaking Spanish, because this identity is born within the heart of families and neighborhoods, and is fortified in the streets and all the spaces its people open, little by little, in sports, culture, science, and the arts, among others. 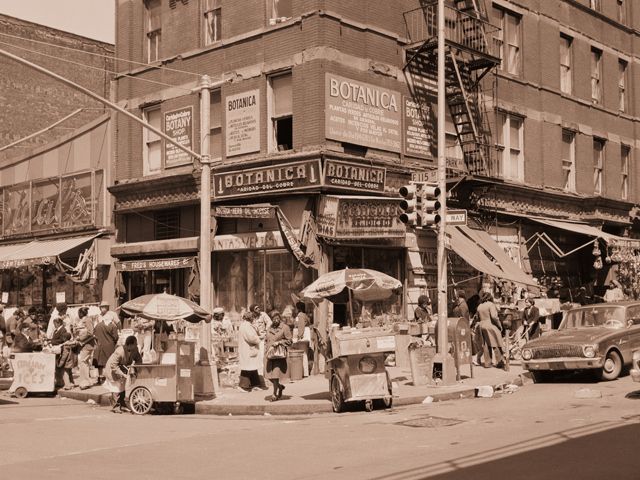 On the other hand, the two films tell the history of the diaspora. Garbus and Pérez focus on how many Puerto Rican families were practically forced out of Puerto Rico, recalling the words of Tato Laviera, during Operation Bootstrap, and show how many people left their towns to work in the Big Apple. For their part, Olivero and Torres show how the second and third generations of these Puerto Ricans arrived in New York returned to different towns in Puerto Rico to play basketball. The two stories compliment one another and manage to tell the story of these people whose Boricua identity has been denied many times by others.

Upon finishing the documentary Nuyorican Básquet, I again understood that remembering the struggle for Puerto Rico from the diaspora's perspective is to celebrate the protests of the Young Lords and also their breakfast programs for poor children; it’s knowing the struggle of the Armed Forces of National Liberation (F.A.L.N.) and El Barrio’s struggle to reconstruct a Puerto Rico in the Big Apple; it’s recognizing that the national flag came out of New York, commemorating Pietri’s “Puerto Rican Obituary” and the words of Mariposa, “I wasn’t born in Puerto Rico / Puerto Rico was born in me.” For that, documentaries like Nuyorican Básquet and ¡Yo soy boricua, pa’ que tú lo sepas! Teach us to honor the diaspora and admit that the Puerto Rican struggle takes on many forms, from armed struggle to the same daily struggle, and that to hacer patria outside the context of geographic space is a way of living in solidarity with the mere existence and well-being of the people that live in that space.

*This article originally appears in Ahora la turba in Spanish and was subsequently reprinted by 80grados. Translation by Néstor David Pastor.