Home » Centrovoices » Reviews » Review of “The Piano: From Florencia to Puerto Rico”

Review of “The Piano: From Florencia to Puerto Rico” 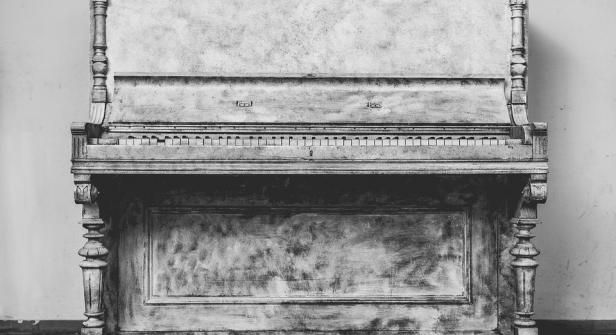 Just as the title suggests, Ramón Figueroa Torres’ book attempts to narrate the history of the piano from its beginnings in Europe up to its arrival and rapid adoption in Puerto Rico during the 19th and 20th centuries. This topic had not been explored in-depth so far. For this reason, I believe the book makes a valuable contribution to the historiography of Puerto Rican music. But naturally, the novelty of the topic is only one aspect; equally significant for the quality of the book is the eloquent and detailed manner in which Figueroa Torres delves into its subject, grounding his analysis in an impressive quantity of primary sources that may be of great value to future studies.

El Piano: De Florencia a Puerto Rico is divided into two parts. In the first, Figueroa Torres tracks the instrument’s journey through Europe, beginning with its origins in the city of Florence, Italy. Here, the author provides an excellent summary of the gradual evolution of the piano, making reference to the artisans who introduced important innovations that helped improve the instrument’s design. Although some sections of this first part may contain for a non-specialized reader too many details regarding piano-building techniques, in general, I think the author develops well his subject. One of the aspects that stood out to me was how artisans exchanged and adopted new ideas and piano-building techniques developed across Europe that helped them enhance the quality of their instruments. Through this discussion, the author illustrates how knowledge was disseminated throughout Europe in those previous epochs. The piano production and commerce in Spain and its Latin American colonies is another interesting topic discussed by Figueroa Torres in this section, which is of great relevance for the study of Puerto Rican music.

In the second (and more extensive) part of the book, Figueroa Torres traces the arrival of the piano in Puerto Rico and its increasing presence during the 19th and 20th centuries. According to his research, the first evidence of the piano’s existence in Puerto Rico can be found in the painting Doña María Dolores Martínez de Carvajal, which was completed by José Campeche in 1792. Although, as the author notes, the instrument shown in the painting could be mistaken for a virginal, Figueroa Torres provides a detailed explanation to prove that it was in fact a piano. Following this early history, the author illustrates how the piano gradually became more and more popular in the Island, particularly among the upper class, which had the economic means to acquire such an instrument.

Of great significance are also the varying interesting aspects concerning musical life in Puerto Rico discussed by the author—many of which have yet to be thoroughly studied. In the book we learn, for example, about Puerto Rico’s musical instruments market, the first professional piano tuners, as well as the early piano teachers and music academies that cropped up in the Island during the 19th and 20th centuries. Another interesting topic in this second part are the strategies used by piano companies to promote their instruments. Of particular importance in this respect seemed to me the relations between Steinway & Sons and Pro Arte Musical, certainly a promising subject for future research. The author also provides interesting facts about the growth of the U.S. piano industry and how piano sales between Puerto Rico and New York came to replace the previous commerce with Spain. This process, as Figueroa Torres shows, accelerated after 1898, when Puerto Rico became a colony/possession of the United States.

El Piano: De Florencia a Puerto Rico showcases new and interesting facets of Puerto Rico’s music history that had not been thoroughly explored by other researchers. In general, the author develops well his topic, as he adequately connects the history of the piano in the Island with developments taking place at an international level. Ramón Figueroa Torres’ investigation will definitely be of interest for music-lovers (piano aficionados in particular) as much as for music scholars. I think the book constitutes a great addition to the literature presently available on Puerto Rico’s music history. But at the same time—and perhaps more importantly—I believe the book can serve as an important point of departure for future studies.

This article originally appeared in Spanish in the academic journal Musike, from the Conservatory of Music of Puerto Rico. Translation by Néstor David Pastor.

© Center for Puerto Rican Studies. Published in Centro Voices 16 May 2019.

With Pasado y Presente: Art After The Young Lords , a new exhibition now on display at...
Documenting the History of Puppetry in Puerto Rico Through Film