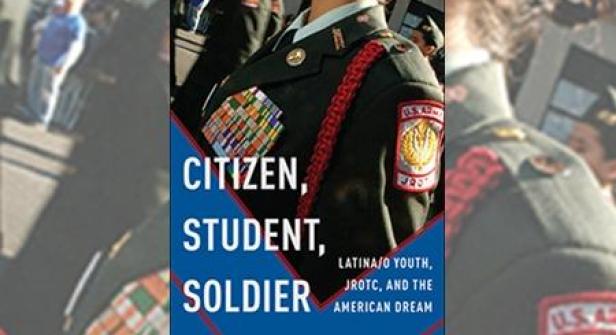 Last year (2015), I attended the American Historical Association Convention in New York City. Their welcoming package included a report on “The Role of Military History in the Contemporary Academy” (Biddle and Citino 2015). The report stated what has been painfully obvious for those of us who study the military in any of its many forms.  “The phrase military history still stirs conflicted emotions or hostile reactions among those who teach history in the nation’s colleges and universities”(2015: 2). Studying military and paramilitary institutions has become an academic taboo, career suicide.

Academia’s aversion to studies on military matters only helps to further obscure our understanding of the impact of the military on civilian society (and vice versa), why people join, what they seek to gain from it, how colonial subjects and the subaltern are transformed by military service, and how they change the military itself, to name just a few topics. A plethora of themes thus is left understudied, from paths to middle class status and full citizenship to the reshaping of the American Dream as I have argued elsewhere (Franqui-Rivera 2014).

Academia’s attitude towards military matters sharply differs from that of the political establishment, mainstream media, and the general public. In short, after the first Gulf War, a hero cult started to replace the post-Vietnam War distrust of the military. The 9-11 attacks consolidated the image of the soldier as a hero.  This is especially relevant for traditionally underrepresented populations such as African Americans, Puerto Ricans and Latino.

With the exception of Puerto Ricans, Latinos have been traditionally underrepresented in the military. This situation is rapidly changing as Puerto Ricans have kept their exceptionally and historically high enrollment rate in the military while Latinos in general are enrolling in greater numbers. Hence, a question that scholars and policy makers should contemplate is: what does military service or/and experience mean for a population which has been marginalized and demonized to the point that a leading Republican presidential hopeful openly bashes them?

It is for all these reasons that Gina Pérez’s Citizen, Students, Soldier: Latina/o Youth, JROTC, and the American Dream is a refreshing, timely and a badly needed contribution to our understanding of military and paramilitary institutions and their impact on Latino, and in particular, on Puerto Rican communities.

Pérez, a cultural anthropologist, studies the JROTC’s (Junior Reserve Officer Training Cadet Corps) cadets of the Fairview High School in South Lorain, Ohio. Latinos make a full quarter of Lorain’s population. Numbering 13,000, Puerto Ricans are by far the largest Latino subgroup representing 20 percent of the city’s total population and over 80 percent of the Latino population (p. 53). The majority of the Fairview High students who belonged to the elite JROTC Honor and Color Guard are young Latinas primarily from Puerto Rican families” (p. 6). Not only do Latinas outnumber males but they also hold the highest leadership roles in the program as exemplified by the case of Cadet Major Alana Ramos.

The socio-economic condition of the Puerto Rican community in Lorain is partly responsible for the high enrollment of Latina/os and Puerto Ricans in the JROTC. The 1970’s de-industrialization of the city led to unemployment rates of 16.2 percent compared to “7.3 in Ohio and 9.5 nationally” in the period 2008-2012 (p. 54). Roughly 22 percent of Puerto Ricans in Lorain live in poverty. Only 56 percent has attained a high school degree or higher while the population at large is 74 percent (pp. 54–5).

However, Pérez identifies other reasons for the students to join the JROTC—chief among them are pride, recognition and prestige in the form of acceptance by the larger community, and a tradition of service. This is a story of empowerment and conscious choices. The cadets have a plan which not necessarily involves joining the military after finishing high school. The female cadets in particular have plans to attend college instead of joining the military though some of them would consider the military if that was their only way to pay for college. Several male cadets, on the other hand, although proud of belonging to the JROTC, would not continue in the military beyond high school because they have witnessed the strain that multiple deployments placed on their relatives serving in the military (pp. 48–52).

In this community, Major Wise and First Sergeant Milano, the military personnel running the JROTC program, fulfill several academic and community roles. Wise and Milano’s tasks range from putting a good word for a student to get a job as a hostess at a new Red Lobster, to providing advice on college options, and writing recommendation letters for the cadets’ college applications. The cadets state that in many instances the only resource they have is the JROTC program.  The JROTC program is thus a “source of support, advice, insight, and connections that students and parents appreciate deeply” (p. 51).

The program also helps the students to remain in school by teaching them leadership and self-discipline. These skills allow them to remain in school while jogging multiple jobs which in many cases they obtained because of their involvement with the JROTC.  “Participating in the program, therefore, not only provides one way to meet immediate and long-term financial needs [extra income for school materials, clothes, saving and planning for college] but also gives students the added benefits of social prestige, dignity, and respect they also value” (p. 56).

Prestige and acceptance comes in many forms for the cadets. Principal Ramona Sánchez and other school officials believe that the cadets are exceptional and that is due to the program’s emphasis in character building, extracurricular activities, leadership development, community service, and high levels of parental involvement (p. 4). Pérez explains that the students have “aligned themselves with one of the most revered and trusted institutions in American public life and are the beneficiaries of the positive association and respect that accompany such affiliation” (p. 7). The positive reinforcement and assessment that the cadets receive is dramatically different from the “negative portrayal of today’s youth- and in particular youth of color- who are often characterized as lazy, undisciplined, and prone to criminal activities” (pp. 3–4)

The JORTC proudly boasts that it creates “better citizens”. Hence Pérez asks the question: “What kind of citizens are the JROTC students invited to become? And what exactly does citizenship means?  How do working-class youth, and in particular young Latina/os and their families, define citizenship? And why does the language of citizenship resonate with them so powerfully?” Pérez tries to answer these questions within a framework of political and economic shifts while gauging the “ideological, social, and cultural conditions in which ideas about citizenship, obligation, and social opportunity are discussed and vigorously debated” (p. 5).

The type of citizenship that Pérez examines has little to do with legal matters. It focuses on perceptions, acceptance, and social standing. “Citizenship, is therefore, an opportunity for students to challenge the ways they and their families are regarded as being deficient, and to embody, instead, a vision of citizenship bound with reverence for the military, a commitment to service, and disciplinary practices that focus on personal and community betterment” (p. 23). The type of citizenship that the cadets seek, and perhaps obtain, in the JROTC is one that allows them to claim belonging in the United States.

Pérez reading of the JROTC contrasts with Ana Y. Ramos-Zayas findings in Street Therapists: Race, Affect, and Neoliberal Personhood in Latino Newark (2012). In Ramos-Zayas’ study community members and recruiters actively try to persuade disconnected Puerto Rican youth in Newark (perceived by other Latin American residents as “delinquents” or “deviant”) to join the Army as way of strengthening them out and improving their worth (2012: 77–81). While in Pérez’s study the school administrators and the JROTC officers seem to value positive reinforcement and the academic development of the cadets, in Ramos-Zayas’ the recruiters and community members’ approach seems to rely on shaming and in portraying the military as maker of worthy men and women.

Traditionally, military service has been a hallmark of citizenship as citizenship has been a hallmark of political democracy- a way of improving a group’s social standing and the meaning of their citizenship (Burk 1995). The JORTC has over half a million students participating in its programs nationwide. That the JROTC seems to do better among underprivileged communities has prompted criticism accusing the program of being a recruiting tool for the military.

The active recruitment of minorities into the military, however, is a relatively new phenomenon which can be traced to the Vietnam War, precisely at the moment when avoiding military service started to lose its stigma. However, those who could avoid service without losing their social status and ranking belonged to established socio-economic and political groups such as Euro-Americans.  The same courtesy was not extended to African-Americans and Puerto Ricans who to this day are still required to prove their worth, patriotism, belonging, and deservedness of citizenship by serving in the military.

Pérez is well-aware of the politics of respectability and worth and of the burden that they place on Latino and Puerto Rican youth. She recognizes the agency of the cadets, their strategies to appropriate and reimagine the tenets of the JROTC, and the program’s positive influence in the cadet’s lives and their communities. But, Pérez challenges us to find other ways, to think about economic and social policies and “educational programs that engender meaningful civic engagement that do not rest solely on the prestige and high regard of the U.S. military...” and to find “more inclusive notions of citizenship and belonging that do not require proving one’s worth and value to the nation” (p. 211).

This last point is well-taken. Different waves of immigrants and ethnic “others” have gained acceptance into the nation via military service. Latinos in general, and Puerto Ricans in particular, have been proving their worth and value for the nation by serving in the military for two centuries. It is about time that their service is recognized and the burden of proving their worth and belonging removed.

© Harry Franqui-Rivera. Published by permission in Centro Voices on 26 February 2016.