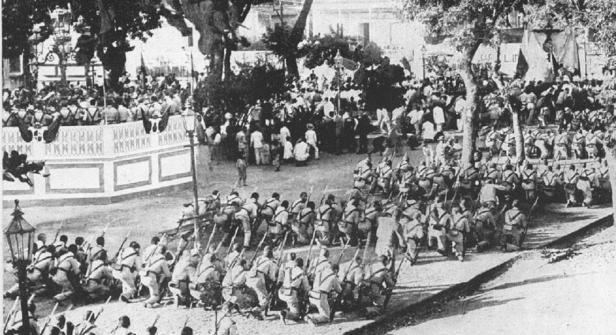 In the aftermath of the Spanish-Cuban-Filipino-American War of 1898, the United States engaged in its first extra-continental nation-building projects. As de facto ruler of the Philippines, Cuba and Puerto Rico, the United States sought to transform the socio-economic and political structures of these countries into something more in tune with mainstream American tenets. In few places were these efforts as intense and prolonged as in Puerto Rico. As the United States took over Puerto Rico, it immediately began sanitary and relief efforts while building a public education system in the image of the New England school system. The transformation of the island was not limited to humanitarian and educational projects. The American colonial administration sought to change the socioeconomic and political structures in Puerto Rico too. In essence the structures created or re-imagined by the colonial authorities were intended to mold the Puerto Ricans in the image of Americans. Indeed, the new metropolis’ early attempts to “modernize” the island and its inhabitants through a nation-state building project supposedly guided by “benevolent assimilation” and “compassionate uplifting,” were part of a comprehensive plan to “Americanize” the island and its inhabitants.[1] The nation-state building projects of the U.S. metropolis relied heavily, both directly and indirectly, on the military.

[1] On February 16, 1899, President William McKinley accepted the “burden of the Philippines, to safeguard the happiness of their inhabitants,” as he proclaimed a campaign of benevolent assimilation. See: Lewis L. Gould, The Spanish-American War and President McKinley (Lawrence Kansas: University Press of Kansas, 1982), 123. McKinley was adopting Captain Alfred T. Mahan’s views with regards to the territories acquired as a result of the War with Spain in 1898. See: Alfred Thayer Mahan, The Relations of the United States to their New Dependencies in, Alfred Thayer Mahan, Lessons of the War with Spain and Other Articles, (Freeport, N.Y.: Books for Libraries Press, 1899), 247-249. [Reprinted 1970]

Photo caption: Spanish soldiers in the Plaza de Ponce in 1898 during mass.