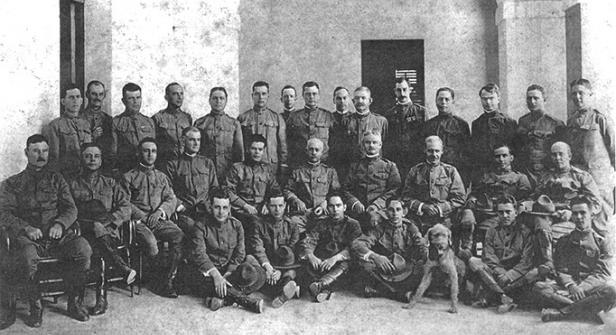 The War Department authorized the creation of the 94th Infantry Division to be composed of four Porto Rican regiments.[1] The 94th Division would consist of four regiments 373, 374, 375, 376, the first two were assigned to the Tactical Brigade 187 while the 375-Colored, and the projected 376 were to form part of Tactical Brigade 188. A Home Guard “Guardia de la Patria” was also established to take over defense of the island in the unlikely case the Porto Rican division was sent overseas.

El Diluvio, a local publication very critical of island Governor Yager took special interest in the 375 Porto Rican Colored Regiment (94th Division) and wrote a series of articles detailing their training and progress. An editorial asserted that those soldiers were not “the less intelligent, nor the less smart, neither the ones less disposed to learn and ready themselves to defend with honor the name of Puerto Rico.” Instead, “… the more apt, humble and the most attentive of the recruits are those of the 375.” The editorial also mentioned that “the boys of the 375 will one day respond to the call of arms with the same unconditional bravery and tenacity shown by the colonial French troops and the brave Black soldiers of America.”[2] 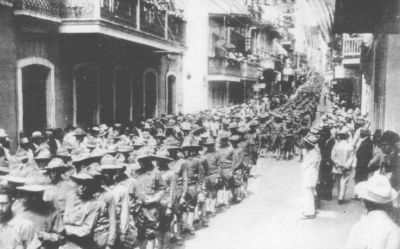 Though unconvinced of their value as first line combat troops, the War Department believed that mobilizing Puerto Ricans would prove useful. These soldiers could relieve White Continental American soldiers from non-combat assignments freeing them for combat duty, while inspiring loyalty among the population of the island. The political and economic value of mobilizing as many Puerto Ricans as possible was well understood by the War Department. In December of 1918, Frank McIntire, Chief of the Bureau of Insular Affairs, wrote a memorandum to the Chief of War Plans Division informing him of the political, economic, and social benefits of mobilizing Puerto Rico’s, “…large surplus population, that is, a population for who in the present there is no continuous employment.”[3] After making clear that his views were not of a military nature, McIntire reported that the men who had gone through military training on the island, “…have been very much improved, physically and otherwise, and are better off for having had it and to that extent are of greater economic value.”

Freeing “White” Troops to do the Real Fighting 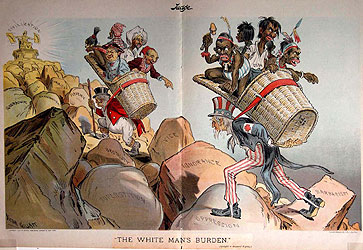 On July 1, 1908, under authority of an Act of Congress approved on May 27th, the Puerto Rico United States Volunteers became officially part of the regular army and was named the Porto Rico Regiment of Infantry U.S.A.

During World War I, the Porto Rican Regiment saw its role extended to include the defense of the Panama Canal. The possibility of a German attack on this facility, however, was practically non-existent. In theory, Mexico could pose a threat to the canal, but it rejected German overtures to join the Central Powers. The Porto Rico Regiment’s role during the World War I was that of freeing white American units for the Western Front. No one was going to attack the canal.

Continue to The Color Line; Afro-Puerto Ricans and the “Harlem Hellfighters”

The War Department authorized the creation of the 94 th Infantry Division to be composed...
The Color Line; Afro-Puerto Ricans and The Harlem Hellfighters

During World War I, many Puerto Ricans were drafted, recruited or volunteered while...
Aftermath: The Post World War I Years

Creation of the Puerto Rico National Guard The three regiments from Las Casas were...

104,550
Puerto Ricans registered for the draft

17,855
Men ordered to report for service

139
Did not report for duty

We just crossed that threshold, the centenary of the Jones-Shafroth Act, which among many...
U.S. Citizenship in Puerto Rico: One Hundred Years After the Jones Act