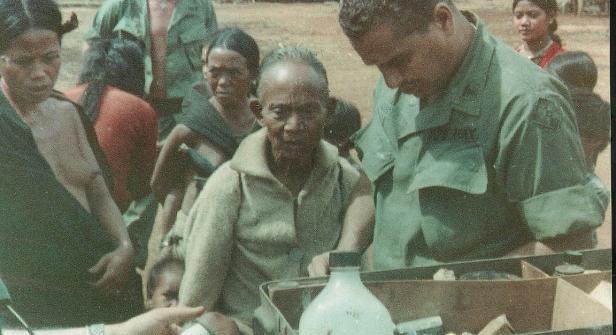 Besides death and physical wounds, war has always taken a toll on both soldiers and civilians. The trauma of war stays with those who went through it. What we call today Post Traumatic Stress Disorder (PTSD) has been known by other names such as combat fatigue, battle fatigue, or shell shock. During the Korean War it came to be known as the Puerto Rican Syndrome.

Those who suffer PTSD experiment some or all of the following symptoms: “hypersensitivity to stimuli such as noises, movements, and light accompanied by overactive responses that include involuntary defensive jerking or jumping (startle reactions), easy irritability progressing even to acts of violence, and sleep disturbances including battle dreams, nightmares, and inability to fall asleep.”

According to the Veterans administration the number of Veterans with PTSD by service era are:

U.S. Department of Veterans Affairs, How Common Is PTSD?

Puerto Rican Vietnam War veterans have dealt with PTSD. Unlike veterans from previous wars, who enjoyed a high degree of respect and admiration from the public-the Vietnam War veterans had to deal with a sense of defeat and the public’s rejection. Growing up in Puerto Rico it was common to hear an adult explaining that most of the homeless in our city, Mayagüez, were Vietnam vets who had returned “loquitos” (a bit crazy) from the war.

Héctor Resto, was born in Connecticut, raised in Puerto Rico, and drafted into the Vietnam War. In this clip, Resto talks about his life from his youth to his time in Vietnam, through to his post-war career as a police officer. He speaks movingly about his struggles with PTSD and his decades-long efforts to help other veterans who suffer from it. Héctor Resto is a living tribute to the resiliency of Puerto Rican veterans. View the entire clip of his discussion on PTSD.

Continue to Military and Veterans Today

Besides death and physical wounds, war has always taken a toll on both soldiers and...