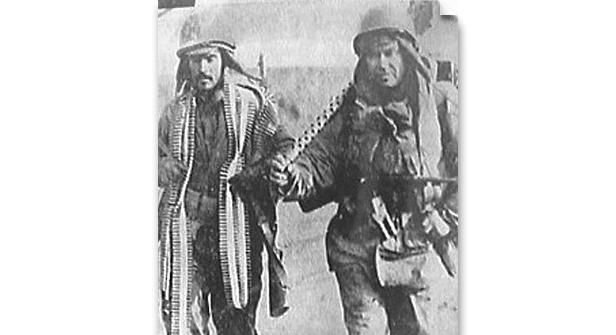 Officially, Puerto Ricans started serving in the United States military in 1899 with the creation of the Battalion of Porto Rican Volunteers. Since then, hundreds of thousands of Puerto Ricans have been drafted or volunteered to serve in all the branches of the military. Puerto Ricans who volunteered to serve had many reasons to do so. Socioeconomic advancement is among the most important reasons for Puerto Ricans to join the military voluntarily, as many veterans have expressed and as studies on the local conditions in Puerto Rico during times of war confirm. In Puerto Rico, military service has served both as an escape from poverty, a path to education and into middle class status, and after World War II, as a factor in allowing those serving in stateside US armed forces facilities and their families to become part of an expanding Puerto Rican diaspora.

Puerto Ricans have also joined the U.S. military because of the island’s tradition as a military colony. This was certainly the case under Spain and to a lesser degree it continued to be under American rule. Under U.S. rule Puerto Ricans created a new tradition of service and it is not rare to find families with three or four generations of service.

The Puerto Ricans’ service, however, has not always been appreciated. Instead, initially Puerto Ricans served in segregated, colonial units. Their service was limited to support troops and both Puerto Rican units and individuals serving in black or white units faced discrimination. In short, the service of hundreds of thousands of Puerto Ricans was ignored at best and misconstrued at worst.

For over a century their service and what it meant for the United States and for Puerto Ricans and Latinos/as, were ignored or unheralded. Still, they soldiered on, many times fighting on two fronts--against enemy combatants and against racial prejudice.

We wish to offer an overview of the Puerto Rican experience in the U.S. military. We will follow an exponential and thematic approach to facilitate the reader’s experience.

This is their journey towards unveiling over a century of dedicated, but largely unrecognized service in the U.S. armed forces. 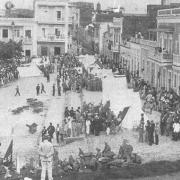 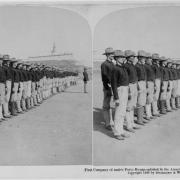 On May 20, 1899, Brigadier General George W. Davis, the military governor of Puerto Rico published General Order No. 65 authorizing the formation of the Battalion of Porto Rican Volunteers. Intended as colonial troops and as promoter of local stability, these soldiers were not meant for oversea service. Their nature of their service would barely change until the First World War. 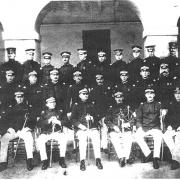 U.S. entry into WWI, led to the first mass mobilization of the Puerto Ricans. Over 18,000 island-based Puerto Ricans were mobilized for the effort. During this war, the Porto Rican regiment was dispatched to the Panama Canal Zone. The War Department also authorized the creation of a Puerto Rican Division, the island’s contribution to the National Army, to be raised and trained in Puerto Rico. Scores of Puerto Ricans were drafted in the United States and sent to either Black or White units according to their skin color. 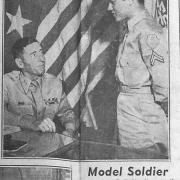 WWII dwarfed all previous wars. The United States alone mobilized 16 million men and women. Some 60,000 Puerto Ricans served during this period. In the same way that WWII changed the world it also transformed Puerto Ricos’s society and economy. Though mostly kept from the battlefields, Puerto Rican service members would be instrumental in shaping Puerto Rico and the Diaspora in the post-war years. 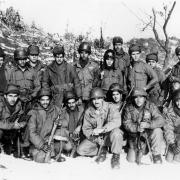 The Korean War may be the climatic event regarding Puerto Rican participation in the U.S. Armed Forces. For the first time, Puerto Ricans were sent into combat as first line troops. Roughly 65,000 Puerto Ricans participated in the conflict. Many fought as part of the 65th U.S. Army Infantry Regiment- a unit tracing its lineage the Battalion of Porto Rican Volunteers established in 1899. El sesenta y cinco de infantería would become a national icon during this conflict. 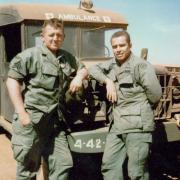 The Vietnam War created a schism in American society. For the first time there was widespread opposition to the continuation of the war. There was opposition in Puerto Rico as well. Maybe due to the unpopularity of this war and the widespread cases of Post-Traumatic Stress Disorder, for the first time, a large number of Puerto Rican veterans  did not re-established themselves in Puerto Rico. Instead, they joined the Diaspora. 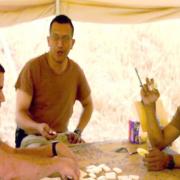 Military has served as path to middle class status while also dispersing the diaspora. In this section we examine the socio-economic condition and well being of the Puerto Rican veterans and service members and their migration patterns since WWII to the present. 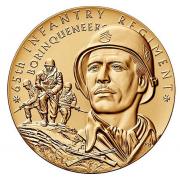 After a century of unheralded service, the sacrifice of the Puerto Ricans soldiers is finally being recognized. This section covers volunteer and community efforts to bring to light these soldiers’ service and to correct their distorted historical record.