What the Korean War Meant for Puerto Rico 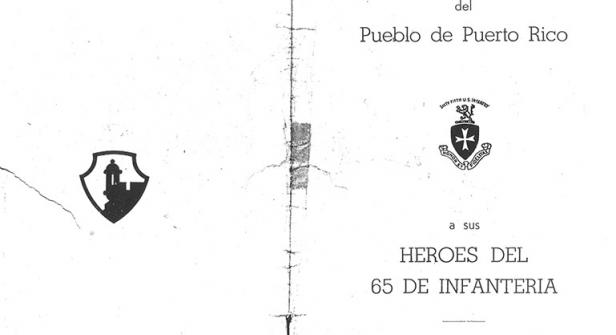 On October 12th, 1950, Puerto Ricans learned that the 65th was fighting in Korea. The island’s newspapers were full of stories and pictures of the soldiers and the ceremonies held previous to their departure. Island-wide, the people of Puerto Rico joined to support the 65th throughout the war.

Governor Luis Muñoz Marín often made reference to the men of the 65th in his speeches. The 65th’s unit crest was displayed in public buses and train cars. Plazas and avenues were named to honor the regiment. Returning soldiers, especially the wounded, were received as heroes and treated to public receptions by government officials. Muñoz Marín himself attended the burials of the fallen and sent his recorded speeches to the troops in Korea. In those early days of the war, there was not a day in which the island’s press failed to write about the Puerto Rican soldiers–and what their actions meant for Puerto Rico. 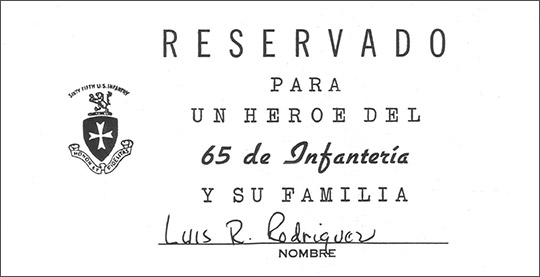 Soldiers were paid to endorse local products, from non-alcoholic malt beverages to powder milk. Some of the soldiers’ exploits even found their way to comic strips. The 65th had become a national icon on the island and among the growing Puerto Rican communities in the United States. 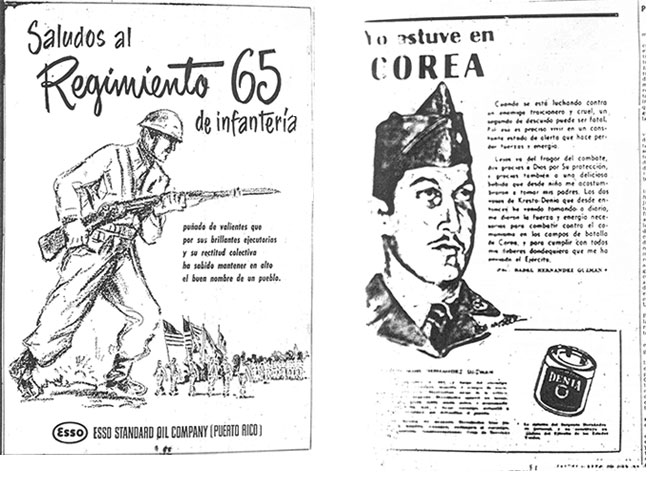 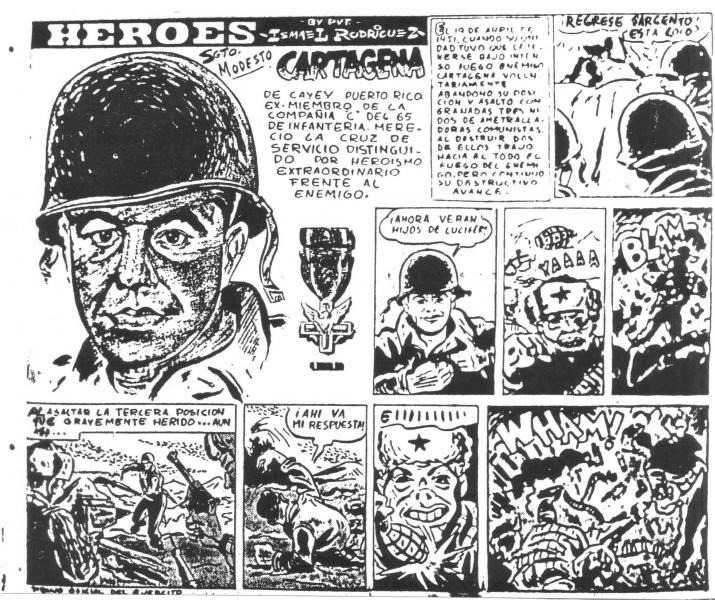 On the island, editorials talked about how the Borinqueneers’ commitment to Korea as first-line troops “will help Puerto Ricans to come out of their complexes of insularism, and erase the marks of inferiority, which are the byproduct of hundreds of years of colonial type regimes.[1] "Fighting alongside American and United Nation soldiers could help to prove, not only to Americans but also to Puerto Ricans themselves, that they were the equals of their “co-citizens” from the mainland. The Borinqueneers knew they were in the spotlight, and came to internalize their iconic status. On Christmas Eve of 1950, the men of the 65th, the last United Nations troops in Hungnam, were finally evacuated from the besieged port. As the 65th’s commanding officer, Colonel William W. Harris, boarded the last transport, someone handed him a copy of an article from the Pacific Stars & Stripes. The article quoted Corporal Ruiz of Puerto Rico as saying:

“We are proud to be part of the United Nations Forces, and we are proud of our country. We feel that too many people do not know anything about Puerto Rico; they think that we are all natives who climb trees… We are glad for the chance to fight the communists and also for the chance to put Puerto Rico on the map. It will be a great accomplishment if we can raise the prestige of our country in the eyes of the world.” [2]

Continue to The Korean War and the Puerto Rican Diaspora