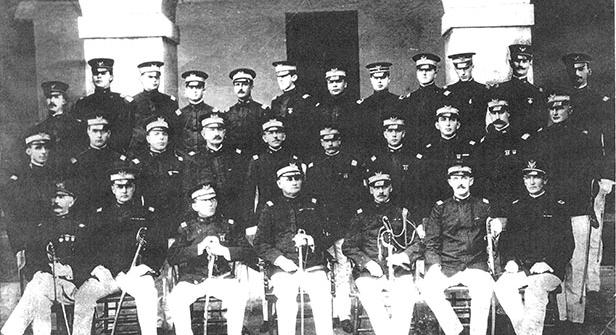 March 2, 1917
The U.S. Congress enacts the Jones-Shafroth Act (aka the Jones Act)

April 6, 1917
The United States enters the conflict on the side of the Allies.

April 9, 1917
Chamber of Delegates offers President Wilson the complete loyalty and support of the Puerto Ricans.

May 18, 1917
Congress passes the Selective Service Act calling for all males between the ages of 18 and 32 to fill out registration excluding the territories of Alaska, Hawaii, and Puerto Rico.

Citizenship and the Great War

"That Puerto Ricans became American citizens in 1917 have been attributed by many to the need for soldiers as the U.S. entered World War I. Such belief has been enshrined in Puerto Rican popular national mythology. While there is a rich body of literature surrounding the decision to extend U.S. citizenship to Puerto Rico and its effect on the Puerto Ricans, few, if any, challenge the assumption that the need for manpower for the armies of the metropolis influenced that decision. Reducing the issue of citizenship to a need for manpower for the military only obscures complex imperial-colonial relations based upon racial structures of power."

Was U.S. Citizenship extended to Puerto Ricans in order to draft them into the military? Short answer, NO.

Citizenship was extended to Puerto Ricans in 1917 because: 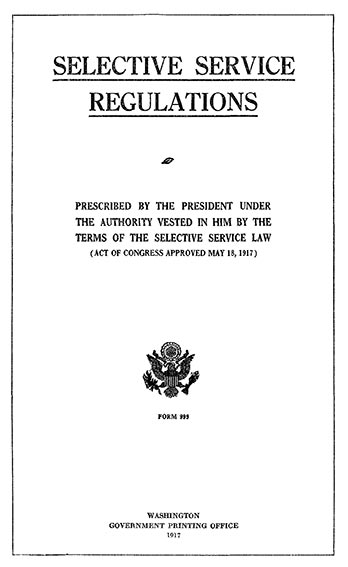 Opposition to Citizenship and Services

The Metropolis and the local elites’ plans for mobilizing the Puerto Rican peasantry were not of a military nature. The War Department thought that the peasantry could be modernized and made into better men through military training. Many among the colonial elites agreed.

A new day has dawned for Puerto Rico’s Jíbaro

Downtrodden, unthought [sic] for as he has been, he is now in the limelight. The testing and refining process will be hard for him. But he and his brother will become the nucleus of a new Porto Rico. The anemic disease warped man will be a thing of the past. And the domain of the jíbaro will at last come into its proper place in the great Economic and Social scheme of this island.[1]

“After the War, these soldiers will be our greatest leaders, teachers, and champions of freedom and democracy.”

Continue to The Porto Rican Division

The War Department authorized the creation of the 94 th Infantry Division to be composed...
The Color Line; Afro-Puerto Ricans and The Harlem Hellfighters

During World War I, many Puerto Ricans were drafted, recruited or volunteered while...
Aftermath: The Post World War I Years

Creation of the Puerto Rico National Guard The three regiments from Las Casas were...

104,550
Puerto Ricans registered for the draft

17,855
Men ordered to report for service

139
Did not report for duty

We just crossed that threshold, the centenary of the Jones-Shafroth Act, which among many...
U.S. Citizenship in Puerto Rico: One Hundred Years After the Jones Act