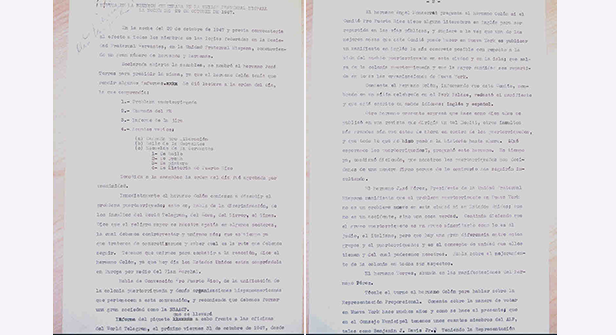 Large scale Puerto Ricans migration to New York City began again during the final years of WWII. New migrants joined a population with linog-established migrant, second and third generation roots in Puerto Rico that had already grown to about 225,000 people, and that shared a larger Hispanic world with thousands of other Spanish-speakers. The most dramatic years of the migration were 1946 to 1953, extending the movement that had started with the migration and recruitment during the war, and encouraged by the post-war effects of army veteran mobility and benefits. Tens of thousands migrated during the last three years of the war and after the war the stream grew to the tens of thousands yearly, not all of whom became long-term residents. The war-time and immediate post-war surge of migrants went mostly unnoticed by governments and the larger New York City community. However, by 1947 a crisis emerged that linked many players in a fight over the legitimacy and desirability of the rapid growth of the Puerto Ricans community in New York, and the implications of incorporating many new workers in the City’s complex social service and welfare state infrastructure. This response was varied, and included attacks, public fights, and calls for attention to the needs of this growing community from New Yorkers and Americans, more broadly.

On one hand, a surge of public attention (especially in the press and city policy circles) to Puerto Rican migrants in 1947 was alarmist and hostile. The attacks were intense, and it would be easy to conclude that New York City gave an overwhelmingly hostile reception to the new migrants. But the story was more complex. Sharp responses of support and more nuanced positions quickly emerged in response to the right-wing press attacks on the migration and the migrants. About half of the journalistic coverage of this process was characterized as “neutral” or purely descriptive by one researcher from that period, and much of the press was supportive not only of the rights of Puerto Ricans but also framed the migrants in the context of a progressive move away from colonialism and economic need. Certainly, the Puerto Rican migration became the center of a huge controversy all the same. But soon enough the controversies encouraged the creation of supportive discourses and programs, and especially, allowed Puerto Rican activists and their allies  more visibiility and resources in their efforts throughout the 1950s.

Scholars have discussed the negative aspects of these press controversies and some of the language is emblazed in the political memory of the Puerto Ricans. Eileen Findlay examined this negative press coverage in some detail and found in it (not surprisingly) echoes of the racialized, gendered, colonial discourses that were part of US/Puerto Rican relations earlier in the century. Her work examines the articles and photographs from this negative coverage especially in a few newspapers.[1] Other scholars make also focus on the negative reception by the press but conjoined the negative and supportive responses by condemning the use of the term “the Puerto Rican problem” shared by practically all participants in the debate.  They noted the discriminatory and exclusionary weight of this language in which all problems experienced by Puerto Ricans were somehow caused by their very selves, their presence or their culture. But his conflation has obscured distinct responses that might have superficially used the same language but when examined carefully were dramatically different from the hostile press and other forms of attacks. The use of the term (but also the simplistic critique by scholars) has collapsed distinct responses that originated in different values and structural, historical and political contexts.

The “bad press” was bad enough. The attacks had two variants. The first, as “frontal,” or based on generalizations and rejection of the migrants as “alien.” Frontal attacks used language and images based on nativist, anti-colonial, anti-poor, racialized, anti-welfare state images and language. Second, more “nuanced” approaches focused on anti-communism, white racial politics, tropical disease, slum formation, street crime, welfare dependence and language use to characterize migrants as unassimilable or likely to produce problems for New Yorkers. The most alarmist authors made links between the ability of Puerto Rican migrants to move freely because of their US citizenship status, and the arrival of Cuban mobsters with links to the Italian mafia! Images of a huge (exageratedly large) tidal wave of ignorant, alien people overwhelming the city were aimed at producing fear and gross generalizations about the migrants.

Their descriptions of the slums “created” by Puerto Ricans were phrased in the language of older attacks on Italians as “Mediterranean” and Latin in character. The nativist thread and content in these attacks was dense and included both elite WASP sentiment but also sectors opposed to immigration and echoes from the anti-Semitic, pro fascist sectors from the 1930s, like Father Coughlin. Attacks on Jews were the closest and still strong sentiment among many white nativists.

New York had at that time dozens of newspapers (nine of which were daily) and many periodicals magazines, both popular and political. The right-wing press had attacked Puerto Ricans and a few others made echo of the panic that was created by red-voting, ghetto-dwelling, tropical, unassimilable immigrants. Most negative were The Daily Mirror, The Journal American, World Telegram and The New York Sun, all known for their sensationalist style. Alongside these newspaper attacks came national magazines, such as Life, The Saturday Evening Post, and American Magazine with articles that emphasized the poverty and problem-creation of the migration. Right wing outlets like even repeated conspiracy theories about the political motivations for encouraging the migration—a leftist conspiracy to prop up East Harlem's leftist Congressman Vito Marcantonio. They produced the ‘threat’ narrative of dangerous and foreign Puerto Rican bodies and culture, using language and imagery borrowed from anti-Semitic campaigns.