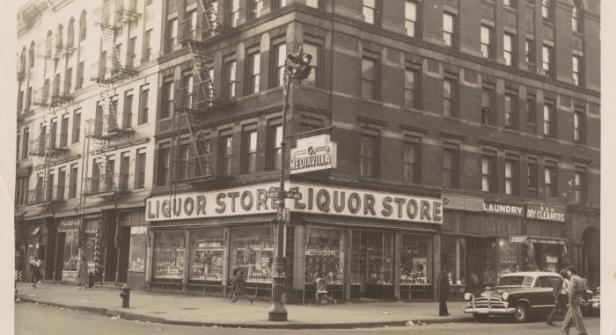 One middle-class story from the 1920s comes from Pedro Labarthe. Pedro and his mother lost their stability to parental separation and the father’s business losses.  They had expected a stable life in New York while he attended City College on a $50/month scholarship supplemented by family support. But island authorities could no longer afford his fellowship and both he and his mother had to take jobs. What followed were multiple years of Pedro and his mom weathering factory jobs, illnesses, low wages and evening study. Eventually Pedro Labarthe finished college, went on to graduate school and gained a position teaching Spanish and literature at a college. Identifying as the “son of two nations,” Labarthe embraced two identities and citizenships as both an island youth and an immigrant in the US, fused together by the struggles and opportunities he had faced in New York. Later in life he found no contradiction in identifying as a supporter of Puerto Rican independence and progressive New Deal and Popular Front politics, as well as an upwardly mobile product of Puerto Rico’s middle class.[10]

The larger context of 1920s migration was that many migrants came from Puerto Rico’s provincial middle class, sometimes the children of farmers or merchants, and frequently migrating because of a family or personal crisis of downward mobility. One migrant was the son of a coffee farmer whose father employed hundreds of workers, but who chose to escape his father’s expectation that he run the farm. Unable to hold on to his clerical job on the island after expressing his support for independence he migrated to New York.

Some of these professional and middle-class sectors began to concentrate in lower Harlem where they shared a neighborhood with working-class families and eventually organized commercial and professional associations. Most, however, eventually followed the traditional trajectory of higher-earning (and often, white) families to disperse into other neighborhoods—including Hamilton Heights, Washington Heights and downtown Manhattan—and distance themselves from the emerging working-class barrio cultures of Spanish-speaking New York.[11]

Others shared in a larger Hispanic world in which they were identified as both Spanish and Puerto Rican and shared a direct connection to Spain and Spanish immigrants. Prudencio Unanue of the Goya family shared a Spanish and elite background when he migrated to New York in 1921. Jose Camprubi, an islander born in Ponce from elite Spanish and Puerto Rican parents studied in both Spain and Cambridge (MA). Camprubi thus circulated comfortably in the pan-Hispanic, Spanish and elite Anglo circles of the Hispanic Society, the Spanish Chamber of Commerce and the Harvard Club[.12] This did not keep him from participating in the Puerto Rican drives for cross-class and ideological unity of the Congreso de Unificacion Puertorriquena in 1938.[13]

Some of these connections to a Hispanic identity rooted in Spain was shared by across social classes. ILGWU garment worker Carmen Rosa’s grandfather was from Cadiz [14].  Larry Homar—the artist who built a career first as a red-diaper New Yorker and then as a nationalist islander (Lorenzo Homar)—recalled that his father, who brought his family from Puerta de Tierra in 1928, was “a Spaniard.”[15] James Seix was born in 1915 to Spanish immigrants from Barcelona who had lived in Ponce. Seix went on to become an advertising executive and during the war worked as a censor and cryptographer, opening his own firm after the war and hiring many fellow Puerto Ricans.[16]

Many Puerto Rican migrants settled easily into a middle-class life. Irizarry decided to stay with her family in Brooklyn after what was intended as a medical visit in 1922. Already bilingual, she quickly got a job as a stenographer secretary at Amsen Son & Co., where only “Spanish” people worked, and blacks and Italians were excluded. She went on to work at many businesses while studying Portuguese and Italian at night. Her success was as much a product of her skills (and white skin), as from her brother’s support: Luis (Louis) Weber was the boss of illegal lottery in Brooklyn for decades and helped fund and organize some of the most important Puerto Rican political clubs during the 1920s.[17]

Island-based corporations continued to establish offices in lower Manhattan to bridge Puerto Rico and New York’s commercial and financial markets. In 1919, for example, Jose de Jesus, “one of the large financial men of Porto Rico and the head of the Porto Rico Drug Company and several others” leased and renovated four lofts on Broadway for a $50,000 yearly rental.[18]

After a few years, some of these middle-class migrants created Puerto Rican-identified organizations, including the Alianza Puertorriquena, founded by this merchant middle-class in 1911 and Casa Puerto Rico in 1924.[19] Eventually, after the community expanded and become more complex politically, these middle class organizations joined as the Liga Puertorriquena and associated with the Democratic Party, while reproducing in New York political affiliations and affinities followed by elites on the island.