The Migration Division also pressed the National Labor Relations Board during 1957 to hire Spanish speaking investigators, a fact that reflected both their level of involvement and the political authority they began to have. MD officials complained internally they had been doing the work on a weekly basis fighting the layoffs of workers for union activity.[11] Indeed, whenever the NLRB needed support with the dozens of certification and decertification votes that were filed during the 1950s, they came to the MD to translate or assist in the meetings. In May 1953, for example, MD staff translated materials for an upcoming election at House Beautiful Curtains, Inc.[12]

The MD also played a leading role in training workers in labor relations and labor organizing.  In a confidential assessment by employment section staff Cardona and Gonzalez in 1960 of the MD “industrial relations orientation program” assessed the needs and role that they would have to play as allies in the fight for economic improvement and unionization of Puerto Rican workers.[13] In April 1962, Gonzalez of the MD with Edward Grey from the UAW and with support from Rutgers University organized a six week training program in Spanish for emerging labor leaders in NY and NJ.  The office also facilitated regular training sessions for emerging labor leaders. In April 1963 the office ran a training program for the United Shoe Workers of America, with a 65% Puerto Rican membership, training 25 men and women as shop stewards and board members.[14]

The Migration Division made sure to connect their labor work with their larger community work.  While organizational forms were different, MD officials knew that when representatives of the dozens of local organizations that formed part of the Consejo de Organizaciones Hispanas, which the MD coordinated and Monserrat directed, went home they joined the very same workers and union members involved in the fights over wages and working conditions.  In 1961 the labor office staff at the MD chastised a COH leader for representing misleading ideas about how a major union allowed only for the minimum wage without recognizing the work that had been done in the past few years, reminding leaders that a great number of the COH’s own membership belonged to unions.[15] Other contacts were more positive. The MD was asked to send a translator to one small factory, to help explain to the 35 Spanish speaking women who had just signed the cards in support of the union the outcome of the negotiations with the employer and terms of the new contract.[16] Throughout the early work of the MD with Puerto Rican workers the complaints were repetitive: unresponsive officials, low wages, shifting job descriptions, rejected claims for benefits, firings, unpaid overtime. 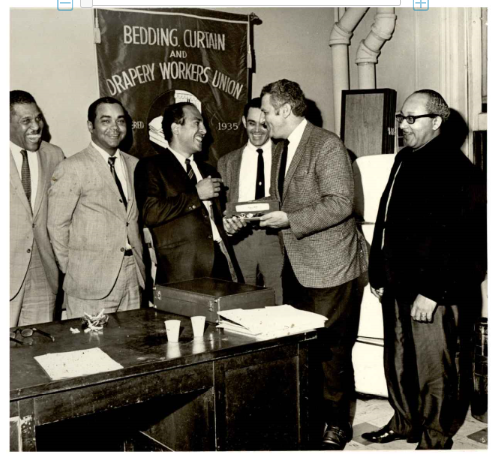 By the early 1960s, as the community had matured and second generation ethnic Puerto Ricans (born in the US) developed a rich set of relations with the migrant community, the role and character of the Migration Division became more complex as it dialogued with the Black Power and the civil rights movements of those years. By 1960, Monserrat had established himself and the office as a coordinator of all sorts of community development and protest efforts and became a civil rights leader in his own right. By then, the Migration Division had formed the most important umbrella of civil organizations in New York, the Spanish American Council and local councils in each borough (and in many other cities outside of New York). Monserrat himself played a critical role in the labor and rights mobilizations of the early 1960s, including the hospital workers strike, the demands for high skill/high pay jobs, the 1964 school boycott, Puerto Rican participation in the March on Washington, and many other campaigns. 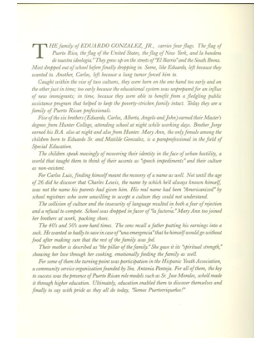