Puerto Rican New Yorkers: Workers, Unions and Politics in the Struggle for a Better Life, 1910s-1960s 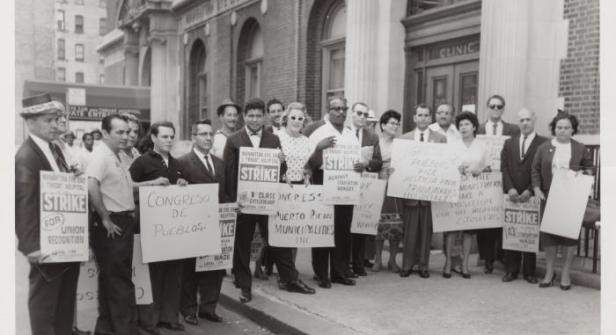 Puerto Ricans who migrated to New York joined one of the largest concentrations of urban wage workers in the world. Most migrants were already familiar with the routines and conditions of wage work while others had to adjust to the challenges of a highly developed industrial city where both exploitation as well as opportunities for better wages abounded. Puerto Ricans engaged precociously with the rich spaces they found or created new ones to meet their needs. Work, leisure, family life and politics consumed most of their energies, but in New York the complexity of urban, class, racial and ethnic contexts could be daunting and required a myriad of adjustments. The city offered opportunities for solidarity and new forms of organization and improvement as well as unpredictable risks and new problems.

Puerto Ricans developed many strategies and responses for dealing with these challenges. Among these was concentrating (by lack of options or by choice) in buildings, blocks and neighborhoods and from there meeting the challenges of life in New York. But the adjustment and response also included less centripetal relations, including the far-flung alliances that labor, liberal and socialist politics facilitated and encouraged, as well as the struggles that emerged from forming part of a working class in which ethnicity, race, color, national origin, language and ideologies drew a maze of possibilities. These blogs will introduce many of the rich contexts in which Puerto Rican New Yorkers engaged with larger movements and struggles from the 1910s to the 1970s. The mosaic represented here includes only some of the stories.

Professor of Caribbean, Latin American and US Latino History