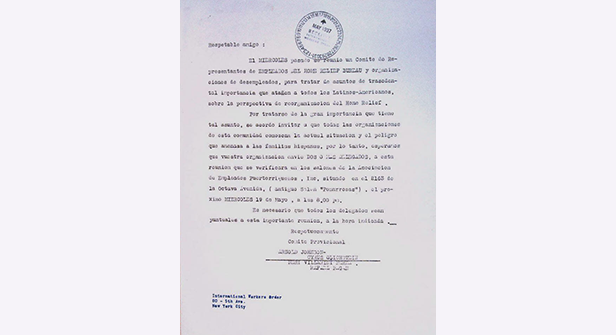 When the Depression began in October 1929 few programs were in place to assist the massive, long term loss of income by tens of thousands of working class New Yorkers.City and Federal authorities were slow to respond with solutions to match the scale of the problem. After conditions worsened through late 1929 and 1930, the city created a special relief commission that gathered funds and distributed cash payment and provided on-site meals.[1] Through the mid-1930s, various relief and employment programs helped the thousands who were left without an income through very modest direct reilef payments or through various sorts of employment. WPA-supported public jobs began in 1936, at the same time as slow economic recovery was under way. New York City's Mayor La Guardia proved adept at using federal funds provided by the Roosevelent Governemt to develop public works projects throughout the City.

Like most working class and poor New Yorkers, Puerto Ricans encountered many problems getting access to these emergency employment and aid programs in part because of their scarcity, but also because of language and political obstacles. The community did not get access to Civil Works Administration jobs in 1933 because local employment office did not receive the listings. The Puerto Rican community was aware of these programs and fought for access.  El Curioso, a weekly variety newspaper with a populist tone, published by Jesus Colon, Bernardo Vega and others, covered changes in policy closely.[2] The Spanish-language press also followed policy changes and programs carefully. Initially Puerto Ricans had difficulty getting WPA jobs as their citizenship was doubted by officials and often had no papers with which to confirm their status. Relief and service programs improved for Puerto Ricans and other barrio residents throughout the 1930s, especially after La Guardia was elected mayor (1934) and Vito Marcantonio was elected to Congress (1934), marking a significant difference between the worst years of the Depression and the late 1930s. Mayor La Guardia, who came from the same neighborhood in East Harlem, had made commitments to the working class Italians and Puerto Ricans. In 1936, they supported the opening of a major health and service center on West 110th street that had Spanish-speaking workers and volunteers.[3] 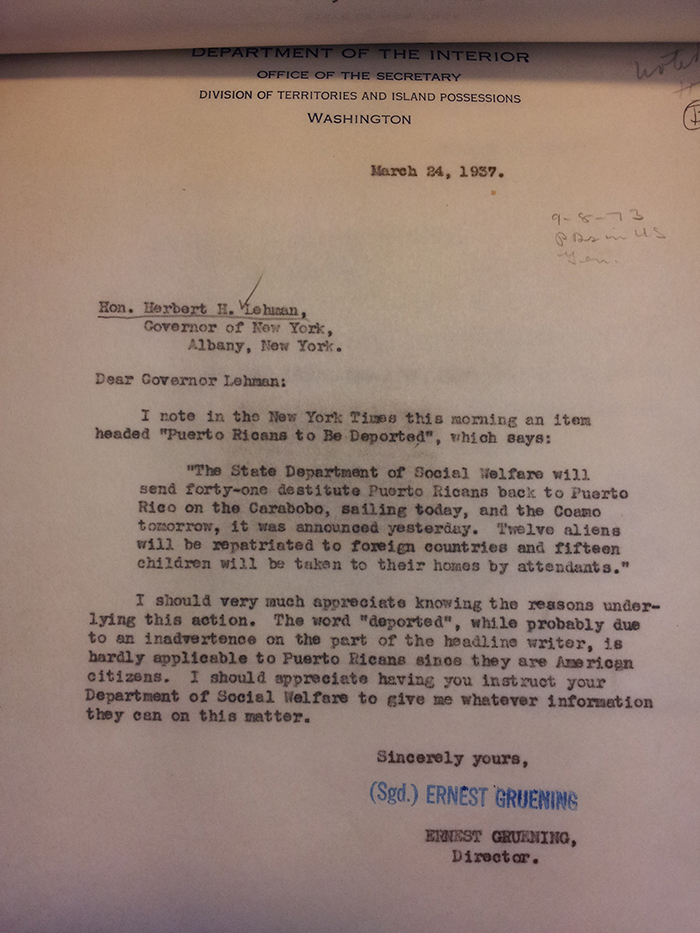 The Puerto Rican community itself also came up with responses to the challenges of the Depression. Community leaders put pressure on the island’s Partido Socialista to open an employment bureau sponsored by the island’s colonial government in 1930.  Seen then as the “only instance of any government established outside the continental US taking care of its unemployed nationals,” the office was directed by Leon Vivaldi, a leader of the Liga Puertorriquena e Hispana. The office provided employment and social service referrals to Puerto Rican migrants while documenting their citizenship, and expanded its staff and budget during the 1930s.[6] Vivaldi’s political ties and the influence of the workerist orientation of the Partido Socialista were evident when the office refused to make referrals to work sites with striking workers.

Struggling to live with relief or WPA jobs was difficult and led to many daily sufferings and conflicts. Evictions, lack of food, and daily conflicts were part of the lives of Puerto Ricans, which resembled the problems faced by other New Yorkers; but these were exacerbated by language barriers, lack of political clout in the Tammany Hall hierarchy and the proletarian character of the community. People’s responses to need were also politicized by the very context of the Depression. Julian Hamas refused a non-union job at a barbershop offered to him by the Home Relief agency because it was “against his principle.” As a result, he was taken off the relief rolls and soon evicted from his apartment. In protest, five members of the “Lower Harlem and Puerto Rican unemployment council” (one of the committees of the unemployed likely organized by the Communist Party) hurled his furniture into the local relief office.[7]

Continue to Puerto Rican Workers Respond to the Depression Page 2