Puerto Ricans and the Unions-The Hotel and Restaurant Trades 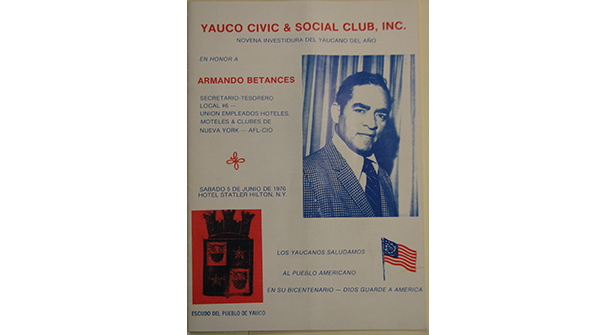 Hotels, restaurants, cafeterias and clubs were some of the workplaces that recruited large numbers of Puerto Ricans during the late depression and the pattern of growth in the war and post-war years was dramatic. Local 6 of the Hotel Workers union and Local 302 of the Cafeteria Workers’ Union expanded greatly their Puerto Rican and other Latino membership and leadership in the postwar years. It also improved wages and conditions, leading an aggressive organizing drive into most midtown hotels and later associating with other unions organizing workers in cafeterias, restaurants, bars and private clubs.  These unions had strong commitments to anti-discrimination work and a militant organizing ethos, opening doors to workers and pressuring employers to push Puerto Ricans into new work categories, moving them from maintenance, silver polishing, and kitchens into new areas like bartending, room service and lobby work. By 1948 Jesus Colon estimated that there were 10,000 Puerto Ricans in the food industry organized by Union Locals 302, 16, 6 and 1.

Spaniards and Puerto Ricans, many of them Communist Party members, had already intersected in the organizing work of hotel and cafeteria workers during since the late 1930s. Local 302 of the Cafeteria Workers Union and the food service industry in general were very important to Puerto Rican workers. Puerto Ricans leaders like Jose/Joseph Diaz worked with Spanish CP member Miguel Garriga who had a long history of leadership in this area.  Garriga became VP for the International office while Diaz represented Local 302 with the larger Union which was which had moved to include restaurant and hotel workers.[3]  By 1949 Joseph was representing Local 302 to the Central Labor Council while Garriga was considering a run for the State Assembly.[4] Jose Diaz was such a prominent labor leader for the Puerto Rican community that that same year he was appointed to the Committee on Puerto Rican affairs by Mayor O’Dwyer.[5] Local 302 would continue to produce other important Puerto Rican labor activists in the 1950s and 1960s including Mike Ortiz while leaders like Betances and Gilberto Gerena Valentin were trained within the Hotel Workers Union.

Puerto Rican entry into hotel work was seen by the workers themselves as a victory of mobility and resilience. The first Puerto Ricans in these workplaces worked very self-consciously to help open doors to other Puerto Ricans while working hard to extend the benefits of unionization to new hotels in an aggressive organizing drive led by Local 6 during the early 1940s. The union gained 30% increases in the strike wave of 1947, in part to offset inflation. Another major factor was the payment of $1.50/hour for overtime after 40 hours, an important way for workers to earn a higher income.

The generation of island and US-born Puerto Ricans that entered the workplaces between the 1930s and 1950s produced hundreds of activists, leaders and plant-level supporters, many of them tempered by the critical labor battles of the 1930s and 1940s. Manuel (Monty) Montalvo, born in 1904 in PR, started work at the Hotel Victoria as a dishwasher but moved up to become a cook. He then became a business agent for the union during the 1950s and later a full-time staffer for the union in 1961, a trajectory similar to that of Armando Betances.[8]  Like Gerena Valentin, the war years brought many Puerto Ricans to multiple job categories in hotel work and many union positions.  By 1943 the Hotel Unions Council already in 1943 had multiple Spanish speakers in leadership positions: including Angelo Burgos Gonzalez, Tony Lopez and Louis Barrera.

The Waldorf Astoria, which employed the most Puerto Ricans, was the crown jewel of the Hotel Worker’s Local 6 organizing drive of the late 1940s. After the drive within the hotels Local 6 moved to organize dining clubs in midtown, where many Puerto Ricans worked for very lowe wages. In the late 1940s they fought to unionize the Harvard club, demanding a 10% raise for the kitchen help.[9] By the 1950s the Hotel Workers Union had grown so much that its membership meetings seated 6,000. 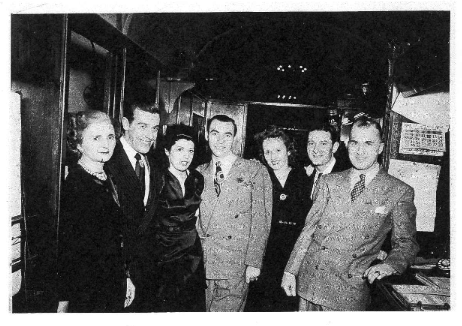 Gerena Valentin’s rise through the Hotel workers union and his dedication to union activism were cultivated by union leader Michael Obermeier and others in the hotel workers unions.  Gerenal Valentin had started, like many other workers, as a room clerk at the Commodore Hotel. The union helped him move within the work hierarchy and develop the political and cultural context for his successful activist training. But the community and this relationship were not unique to him. Like Betances, Gerena was trained and recruited as an organizer by the Communist Party affiliated leadership of Hotel Local 6.

Not unlike other workplaces, in the hotel industry there was only so much the unions could do to control discrimination by employers. Local 6, weakened by anticommunist attacks and the loss of its top leaders, was not able to consistently carry out anti-discrimination work during the late 1940s and early 1950s despite anti-discrimination clauses in its contracts and with continuous resistance from employers and many of its own members. The SCAD began a major investigation of the hotel industry in 1956.[10]  An industry that employed thousands of Puerto Ricans had also created obstacles to their advancement. They found that 21% of the workers were Puerto Rican (4,431). Discrimination in specific job categories continued to be a major issue, especially for Blacks (Puerto Rican, West Indian and African Americans).

Continue to The IBEW