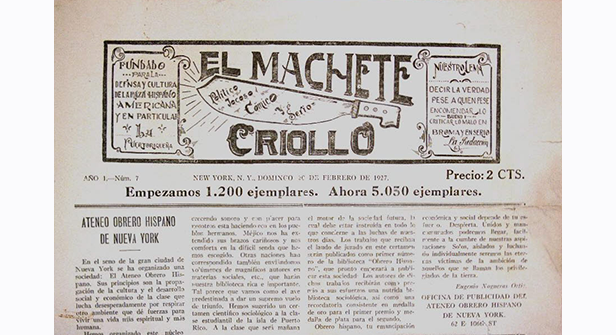 Between the late 1910s and 1920s, Puerto Rican workers and their Cuban, Spanish and other Hispanic peers built an impressive socialist movement that formed an integral part of larger support for the US Socialist Party and the Partido Socialista in Puerto Rico. In midtown and South Harlem, cigarmakers and other workers, often affiliated with the Socialist Party or anarchist clubs, formed the backbone of a male-dominant world based on the politics of class solidarity. Their activism was connected both to Puerto Rico as well as to Caribbean, Latin American and European immigrant workers and broader leftist organizing in the City. As within the cigar workers movement of the 1920s, Puerto Ricans were organized around loosely defined political tendencies. Independents, most likely anarchist-influenced leaders, who refused to align with any political party, supporters of the US Socialist Party and the island’s Partido Socialista (by far the dominant tendency), and a small group of radicalizing sectors who increasingly (especially after 1917) looked to the Communist (Worker’s) Party and the Soviet Union for inspiration.

As Bernardo Vega (and his editor Cesar Andreu Iglesias) reported, working-class activism was as likely to connect Hispanics with non-Hispanic workers through unions, clubs and events. But by the mid-1920s, Puerto Ricans developed an especially militant affiliation with the US Socialist Party as an extension of their support for Puerto Rico's Partido Socialista. Created by the island’s union movement as a vehicle of its own reform-minded candidates, the Partido Socialista was an affiliate of the US Socialist Party but followed its own directives and goals. Puerto Ricans in New York did not play a significant role in this relationship until the arrival of thousands of workers after 1917, as most migrants before 1919 (like famed Luisa Capetillo) were closer to the Spanish anarchists of Cultura Obrera, the El Corsario group and the Ferrer Center. Santiago Iglesias, one of the founders of the FLT and the Partido Socialista, had established an alliance with Socialist Party sectors in Tampa and New York even before he had developed his relationship with the AFL and Gompers.[1]

Bernardo Vega and other Puerto Rican tabaqueros were active in the Socialist Party even before they worked to organize Puerto Rican workers. Vega wrote for the Socialist Party daily, The New York Call which covered meetings and other events among Spanish-speaking workers. Pedro San Miguel and A. Torres organized a meeting in support of a socialist candidate London in 1916: “Porto Ricans interested in the fight of their countrymen to escape enslavement on the plantations of the island through disfranchisement and Cossack rule will meet Sunday.”[2]

Puerto Rican migrants entered the Socialist Party during a period of recovery from the harsh Wilsonian repression of socialist and anti-war activism, when the implications of the 1917 Russian revolution were still being hashed throughout the working-class movement. During the early 1920s, Puerto Ricans entered a Socialist Party that was recovering but one that had reaffirmed its electoral, social-democratic path.[3] Reenergizing its electoral participation, especially through Norman Thomas’ candidacies and the creation of the League for Industrial Democracy, as well as new alliances with a rising tide of African-American socialists including Randolph, focused its resurgence in New York City while many areas in the Midwest and other states were disorganized and lost. Despite the local recovery of the Socialist Party, it would no longer be the singular leader of the working-class movement in the US. 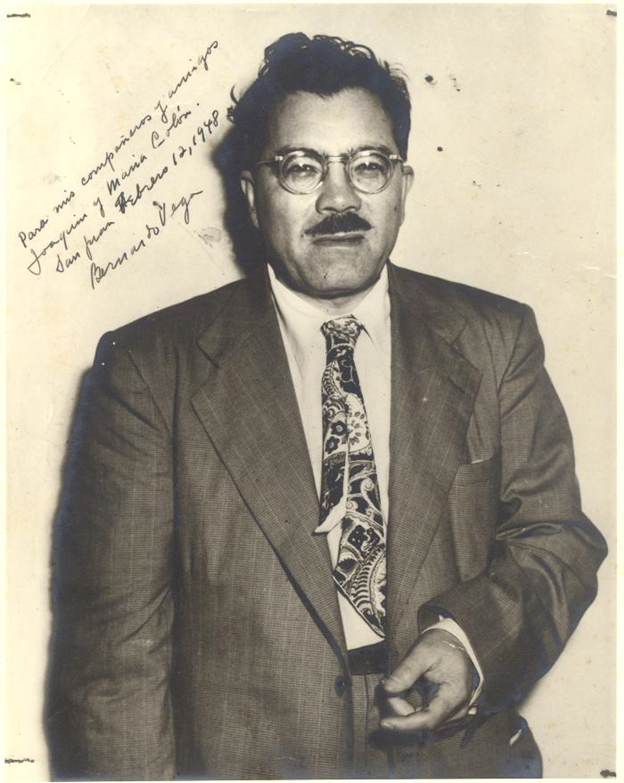 The first Spanish-speaking section of the Socialist Party was formed in 1912, with over 100 cigar workers attending the organizing meeting.[7] A few years later, a similar number, now mostly Puerto Ricans, joined Bernardo Vega in a support rally for Puerto Rico’s striking sugar cane workers.[8] Efforts like these would become a permanent part of the community’s life with fundraisers at work, particularly in the cigar shops, and as part of community dances which sent money to striking workers on the island.[9]  Puerto Rican support and participation for the Socialist Party continued to grow throughout the 1920s, with many meetings and rallies at the Harlem Socialist Hall (62 East 106th St) organized by the Seccion Socialista Hispana.[10]