Afternoon Tertulia Reimagining West Side Story: A Critical Discussion of the Remake 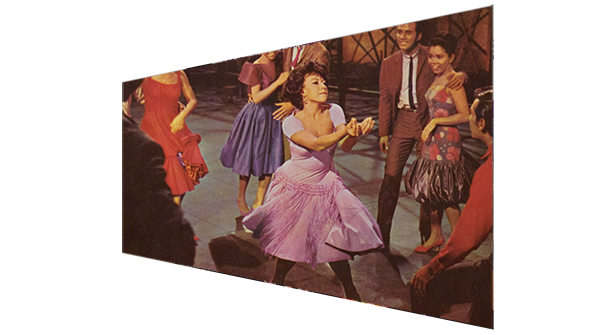 Join us on Monday, December 13th at 3:00 PM EST for our second December Afternoon Tertulia - Reimagining West Side Story: A Critical Discussion of the Remake. We will be joined by Dr. Virginia Sanchez-Korrol, Dr. Frances Negrón-Muntaner, and Dr. Brian Herrera, with Dr. Jillian Baez as moderator. This panel will provide a critical discussion of the West Side Story remake. Panelists will discuss representations in the original film and offer insights into how the remake both reproduces and remedies the limitations and silences of the original.

This event is co-sponsored with the Department of Africana & Puerto Rican/Latino Studies (AFPRL) at Hunter College.

Dr. Virginia Sánchez Korrol is Professor Emerita in the Department of Puerto Rican and Latino Studies, Brooklyn College. A historian and creative writer, her publications include From Colonia to Community: The History of Puerto Ricans in New York City and the three volume Latinas in the United States: A Historical Encyclopedia. She recently served as historical consultant on The Spielberg/Kushner West Side Story, 2021.

Frances Negrón-Muntaner is a filmmaker, writer, scholar and professor at Columbia University, where she is also the founding curator of the Latino Arts and Activism Archive. Among her books and publications are: Boricua Pop: Puerto Ricans and the Latinization of American Culture (CHOICE Award, 2004), The Latino Media Gap (2014), and Sovereign Acts: Contesting Colonialism in Native Nations and Latinx America (2017). She has received various recognitions, including the United Nations' Rapid Response Media Mechanism designation as a global expert in the areas of mass media and Latin/o American studies (2008); the Lenfest Award, one of Columbia University's most prestigious recognitions for excellence in teaching and scholarship (2012), and the Latin American Studies Association’s Frank Bonilla Public Intellectual Award (2019). Negrón-Muntaner served as director of Columbia’s Center for the Study of Ethnicity and Race from 2009-2016 and co-director of Unpayable Debt, a working group that studied debt regimes in the world. Her most recent project is the award-winning Valor y Cambio (Value and Change), an art, digital storytelling and just economy project in Puerto Rico and New York (valorymcambio.org).

Brian Eugenio Herrera is, by turns, a writer, teacher and scholar - presently based in New Jersey, but forever rooted in New Mexico. Brian's work, whether academic or artistic, examines the history of gender, sexuality and race within and through U.S. popular performance. Brian is presently at work on two scholarly book projects: Next! A Brief History of Casting, a historical study of the material practices of casting in US popular performance, and Starring Miss Virginia Calhoun, a narrative portrait of a deservedly obscure early 20th century actress/writer/producer. Brian Eugenio Herrera is Associate Professor of Theater in the Lewis Center for the Arts at Princeton University, where he is also a core faculty member in the Program in Gender and Sexuality Studies, a faculty affiliate with the Programs in American Studies, Music Theater and Latino Studies, and faculty coordinator for Princeton's Mellon-Mays Undergraduate Fellowship program.

Jillian Báez is an associate professor of Africana and Puerto Rican/Latino Studies at Hunter College. She is also an affiliated faculty member at the CUNY Mexican Studies Institute and the Center for the Study of Women and Society at the CUNY Graduate Center. She earned her doctorate at the Institute of Communications Research at the University of Illinois at Urbana-Champaign and her bachelor’s degree at Hunter College with a double major in Black and Puerto Rican studies and media studies. 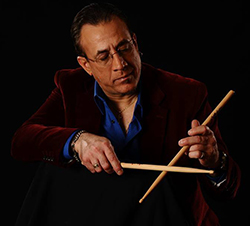 BOBBY SANABRIA is an eight time Grammy-nominee as a leader. Known as a drummer, percussionist, composer, arranger, conductor, documentary film producer, educator, activist, and bandleader, his versatility as both a drummer and percussionist, from small group to big band, has become legendary. A native son of the South Bronx born to Puerto Rican parents, he has performed and recorded with every major figure in the world of Latin jazz and salsa, from the founder of the Afro-Cuban/Latin jazz movement Mario Bauzá, to Tito Puente, Mongo Santamaría, Dizzy Gillespie, Chico O’Farrill, Ray Barretto, Candido, to Larry Harlow, Ruben Blades, Celia Cruz, and jazz luminaries as diverse as Henry Threadgill, Charles McPherson, Randy Brecker, Joe Chambers, Jean Lucien, The Mills Brothers, and others. His 2018 recording, reached #1 on the national Jazz Week radio charts, was nominated for a 2018 Grammy, and won the prestigious 2019 Record of The Year Award from the Jazz Journalists Association. Read More..

Get your Zoom Link after Registration