Home » Events News » Events » Afternoon Tertulia - San Juan: A City on Both Sides of the Wall

Afternoon Tertulia - San Juan: A City on Both Sides of the Wall 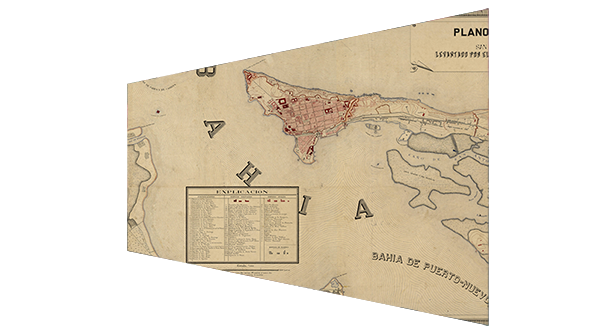 On Tuesday, November 23rd, 2021 at 6 PM EST, BORIMIX Afternoon Tertulia - San Juan: A City on Both Sides of the Wall. The State Office of Historic Preservation of Puerto Rico will present its efforts in the commemorative context of the 500 years of the founding of San Juan. Arleen Pabón, José Marull del Rio, and will discuss the nominations to the National Register of Historic Places of both the tourist-oriented Old San Juan and its surrounding working class community of Puerta de Tierra. The conversation will be moderated by Lillian Lara.

Dr Arleen Pabón-Charneco is a sanjuanera by birth and a Floridian by choice.  She holds a PhD from Northwestern University, and a Master of Architecture (AIA Henry Adams Medal) and Juris Doctor from the University of Puerto Rico.  She is a retired professor from the School of Architecture at Florida A&M University where she taught architectural history, philosophy and theory, as well as historic preservation and architectural design.  She twice served as State Historic Preservation Officer for Puerto Rico and was also advisor to the Governor of Puerto Rico for Culture, Planning and Urbanism.

At present she is a National Trust of Historic Preservation Advisor Emeritus and Corresponding Academician of the Saint George Royal Academy of Fine Arts of Catalonia.  Author of dozens of articles, nominations to the National Register of Historic Places, presentations and books, at present, she teaches at the Florida State University Osher Lifelong Learning Institute.  Her last two books – San Juan de Puerto Rico Architecture Five Hundred Years of Architectural Experimentation and Architecture History, Theory and Preservation – were published by Routledge recently.

Born in San José, Costa Rica. In 1987 José Marull del Rio completed a BA in History from the Inter-American University of Puerto Rico. He continued his studies at the Center for Advanced Studies of Puerto Rico and the Caribbean. In 1990, began his career in the field of historic preservation as a State Historian in the Puerto Rico State Historic Preservation Office (PRSHPO). From 1991 to 1993, started research on the advanced lines remnants in Puerta de Tierra Ward, San Juan, as part of a joint project with the NPS SERO in Atlanta, to designate National Historic Landmarks in Puerto Rico. Collaborated with the project San Juan in Black and White, a group that worked from 1995 to 2015 to generate graphic recreations of historic properties that were either lost or in ruinous conditions. As a result of this effort, he was part of the curatorial team of two itinerant exhibitions, one for the San Juan National Historic Site (2005) and the other for the PRSHPO (2007). In 1997, completed the nomination of the first advanced line at the eastern end of the San Juan Islet, San Juan, to the National Register of Historic Places. He has published academic articles referring of diverse cultural resources in:  Patrimonio and Con (servac / ex) ion. In 2019, completed the book “Protegiendo La Capital: desarrollo histórico de las obras defensivas en Puerta de Tierra” published by PRSHPO. Has lectured at various local and international forums. Currently, continues to serve as Senior Historic Property Specialist for PRSHPO.

Born and raised in Caguas, Puerto Rico. Lillian Lara holds an Ed.D. on Curriculum, Teaching and Learning Environments with a specialty in Art and Culture from Turabo University (now Ana G. Méndez University- Gurabo Campus), a master's degree in Fine Arts and a bachelor's degree in Art Education, with a second concentration in Art History from the University of Puerto Rico, Río Piedras. Recipient of the Medal of Honor in Art History and the outstanding student of her specialty at the doctoral program. Worked as an art teacher on private and public schools (2003-2010), and directed the Educational Program of the Museum and Center of Humanistic Studies of Turabo University (2011-2013). Since 2013, has served as Educational Coordinator on Historic Preservation at the Puerto Rico State Historic Preservation Office (PRSHPO), standing out for designing and implementing educational projects which have impacted school communities throughout the island. Coordinated the publication of the last four volumes of Patrimonio(Official Magazine of PRSHPO), and has edited books recently published by the Agency, like La ciudad en el tiempo: cinco siglos de representaciones artísticas de San Juan. Has published articles with a multidisciplinary approach on journals such as: Pedagogía, Cuaderno de Investigación en la Educación, Revista del ICP (Journal of the Institute of Puerto Rican Culture) and Patrimonio.