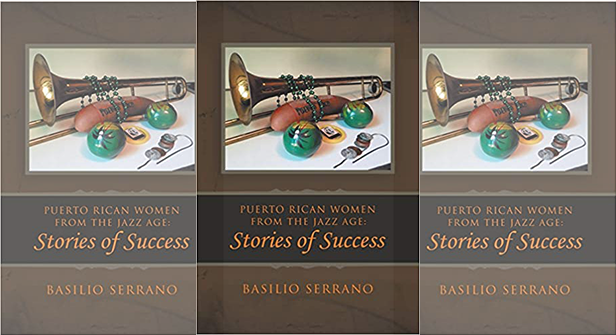 The topic of this book may seem unusual to some since there may be those who believe that Puerto Rican women may not have entered the jazz milieu during its early history. Nevertheless, an aim of the book is to dispel this and other false generalizations. The contents of this volume documents how Puerto Rican women were not only present in early jazz but how they played trailblazing and innovative roles and contributed to the emergence of the genre in the States and abroad. This work presents information that is confirmable through a variety of sources.

The book may not be the definitive work on the subject but serves as a starting point to:

The book is organized into sections that cover a brief history of significant Puerto Rican women in music and the performing arts followed by biographical descriptions of pioneering women in jazz and film. Throughout the text there is commentary on the situations facing women, especially, male chauvinism, colonialism, racism, and anti-women prejudice in jazz.

Every effort was made to include only facts that are easily confirmable. Unsupported tales or questionable events are avoided to ensure that the material contained in the volume can be used for teaching purposes and for curriculum development when credit is given to this work. In the process of developing the central theme of this volume, special effort was made to document those experiences where Puerto Rican women collaborate with members of the African American community to confirm how the cross-cultural collaboration resulted beneficial to both ethnic peoples.

Virtual Event: Link will be provided upon registration

Basilio Serrano was born in San Sebastián, Puerto Rico. He moved to Brooklyn, New York as a child, where he began attending school and subsequently relocated to the Lower East Side of Manhattan with his family (where he spent most of his youth). He attended City College (CCNY – City University of New York) where he completed his bachelor’s and master’s degrees and went on to receive a PhD from New York University. Dr. Serrano is a professor emeritus and former chair of the Childhood Education Department of the State University of New York – College at Old Westbury.

In addition to educating teachers, Professor Serrano has served as a curriculum writer specializing in Latin American Studies (LAS). His extensive work in the LAS field has led him to research many facets of the Latin American experience in the United States, in particular, the Puerto Rican Diaspora and the Boricuas’ wide range of experiences in the States.

In recent years, Dr. Serrano has conducted in-depth investigations into the role of the Puerto Rican in the development of popular music and jazz. The result of this research has been documented in his seminal book on Juan Tizol, and an assortment of other related articles and writings. Moreover, he has written articles on the history of the Puerto Rican community in the United States as well as biographical essays on musicians in the world of jazz. His publications appear in academic journals and magazines published in the United States and Puerto Rico.

About the Commentator
Tomas Peña will serve as commentator for this event. Tomas is Editor-in-Chief, journalist, and contributing writer at Jazzdelapena.com. A graduate of Empire State College with a dual major in journalism and Latin American studies, Tomas has spent years applying his knowledge and writing skills to the promotion of great musicians. A specialist in the crossroads between jazz and Latin music, Peña has written extensively on the subject. His writing appears on the Latin Jazz Network; Chamber Music America magazine and numerous other publications.