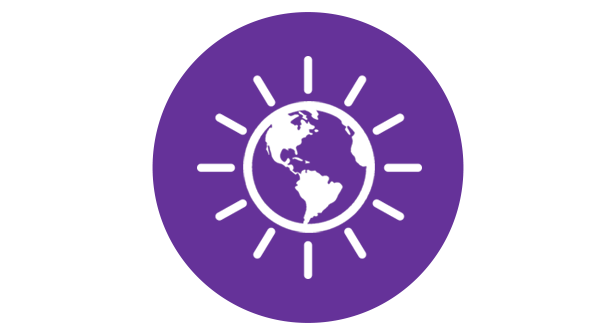 Hurricane Maria, a category 4 hurricane with winds of 145 mph to 155 mph, landed in Puerto Rico Wednesday morning just a few days after Hurricane Irma. It had devastating effects on the island. A special issue of the Centro Voices e-magazine focuses on:

It is estimated that “Irma caused as much as $1 billion in damages on the bankrupt island.”[1] The impact of hurricane Maria is expected to be worse, with significantly more fatalities, devastating the island’s infrastructure, producing prolonged electrical outages and stalling any potential for economic recovery for months to come. The BBC reported that “Puerto Rico may be months without power” as a result of Hurricane Maria.[2]

Edwin Melendez, director of the Center for Puerto Rican Studies at Hunter College in New York, said such widespread outages would affect millions of people and deal double blows to communities in the island's mountainous interior whose water systems depend on electricity. Two sectors of the Puerto Rican economy that have shown signs of life, tourism and agriculture, would also suffer. "It’s a grim picture no matter how you slice it," Melendez said.[3]

Puerto Rico is not the only part of the United States affected by recent hurricanes. In Texas, Harvey’s losses are estimated to be from $86 to $108 billion. In Florida, Irma’s are from $150 to $200 billion.[4] President Trump, Speaker Ryan and many other national  leaders have promised federal aid to these two states. Today, leaders of the Florida congressional delegation—two U.S. senators, Democrat Bill Nelson and Republican Marco Rubio, and Congressman Darren Soto—call “the same level of determination in responding to Hurricane Maria’s impact as the federal government did to Hurricanes Harvey and Irma.”[5]

The question is whether the federal government will include Puerto Rico (and the Virgin Islands) in a major bill that will include relief for Texas and Florida.

Puerto Rican community leaders and elected officials in the diaspora are calling for a renewed effort to assist Puerto Rico with disaster relief and recovery from Hurricanes Irma and Maria. Many families have lost their homes and need assistance with basic needs.

Among community leading the relief effort is Acacia, a national multiagency network and the largest Puerto Rican non-profit organization in the U.S. with operations in Puerto Rico, They announced $1 million dollar donation for Puerto Rico relief. Acacia  has committed a $1 million dollars to kick off the AyudaPuertoRico/DonatePuertoRico campaign and to request matching funds from other community organizations, government, and private entities.

In addition, members of Congress called for taking advantage of Hurricane Irma, and now Maria, as an “opportunity for significant transformation of Puerto Rico’s electrical system.” In a joint letter to Financial Oversight and Management Board for Puerto Rico bipartisan Members of Congress, including Reps. Nydia M. Velázquez (D-NY), Tom MacArthur (R-NJ), Raul Grijalva (D-AZ) and Sean Duffy (R-WI), to “dismantle the Commonwealth’s monopoly over its utilities and invest in its aging and inefficient energy systems, which have consistently been a roadblock for economic competitiveness.” Furthermore, they requested details of the Board’s “energy reform plan for the Island following the devastation of Hurricane Irma. They concluded: “The Island’s electricity rates are a central element of Puerto Rico’s deep economic crisis and will be a critical driver of its economic recovery.”[7]

In a Puerto Rican Town, 'Water Came Out of Nowhere'
Puerto Rican government officials certified two deaths in the town. But,...
“All I did was cry”
Residents of the island-municipality describe how they lost everything
Blow to Environmental Protection
Experts agree that cutbacks to the EPA will have a direct effect on the...
Retailers ask customers to be prudent
In some stores, drinking water, batteries and canned goods are already...