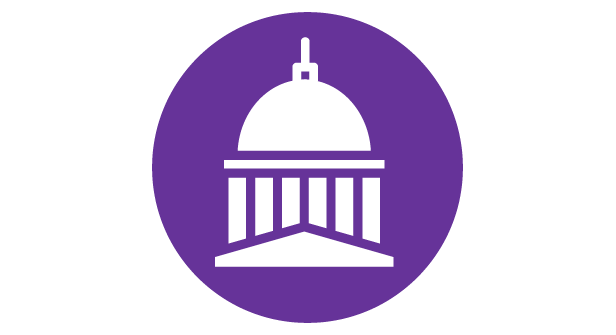 After passing both the US House and Senate, the third in a series of supplemental appropriations for disaster relief was signed by the President on February 9, 2018, the same day a funding gap had led to a brief government shutdown during the morning hours. This latest bill provides up to $89.4 billion for disaster relief efforts throughout the US and its territories. The disaster supplemental was attached to a continuing resolution necessary to fund the government and avoid a government shutdown. The bill includes funds allocated specifically for Puerto Rico and the U.S. Virgin Islands—something that was lacking in previous appropriations. $4.8 billion will go toward the funding of Puerto Rico’s Medicaid program for two years, as well as $2 billion for electric power restoration and $9 billion for housing and infrastructure projects. This bill joins prior appropriations passed in September following Hurricanes Harvey and Irma, and a $36.5 billion package in October 2017.

The full disaster aid package appropriates around $90 billion in federal funds for disaster relief in jurisdictions that experienced major disasters in 2017. However, this bill specifically allocates around $16 billion in assistance for Puerto Rico and the US Virgin Islands. Previous relief packages that contained funds for Hurricane Maria relief efforts were less specific in their allocations. This meant that Puerto Rico had to compete with larger jurisdictions for the allocation of funds.

This bill allocates $28 billion to the Community Development Block Grant, a program managed by the U.S Department of Housing and Urban Development (HUD). The CDBG Program’s Disaster Recovery Grants provide communities with the necessary funds to begin rebuilding and to start the recovery process. From the $28 billion allocated for CDBG, $11 billion is specifically allocated for territories affected by Hurricane Maria, primarily Puerto Rico and the US Virgin Islands. That $11 billion is further earmarked with $2 billion assigned to power grid restoration for Puerto Rico and USVI. The supplemental also establishes the key language that will allow FEMA to finance improvements to the electric power system, not just repair it.

Additionally, Puerto Rico’s cost share for certain Army Corps of Engineer and Federal Highway Administration funds ($1.37 billion) is waived. This allows projects funded through these programs to be 100% financed by the federal government. Other funds earmarked for Puerto Rico and the USVI include $14 million for USDA’s Special Supplemental Nutrition Program for Women, Infants, and Children (WIC) and $4.8 billion in Medicaid funding for the next two years. 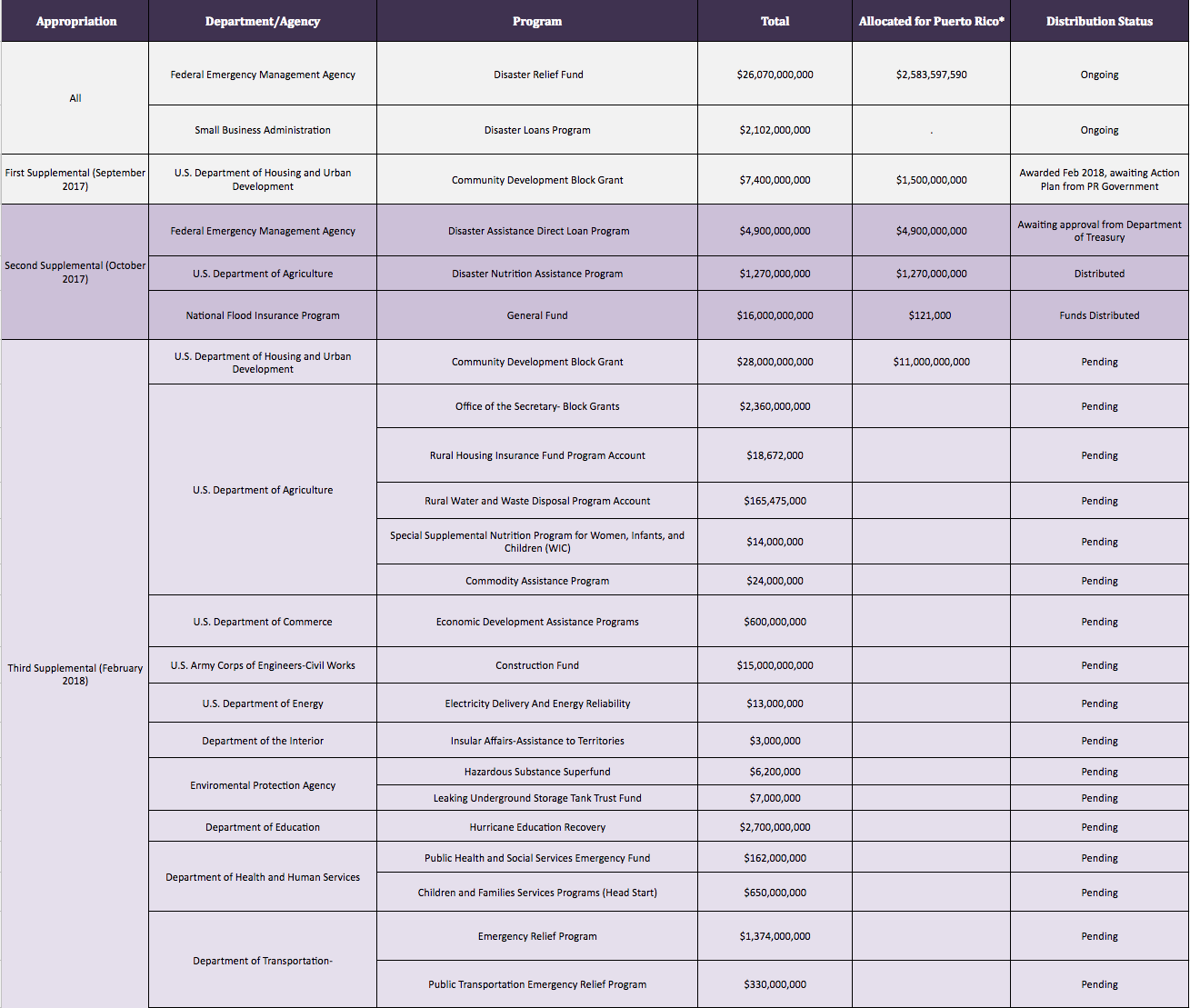 A large portion of funds appropriated, such as the $23.5 billion to FEMA’s Disaster Relief Fund, must be further assigned to projects by the Department or Agency to which it has been allocated. Therefore, the amount that will be awarded to Puerto Rico is still unclear.

The Federal Government has already authorized around $140.7 billion in the past six months to be distributed between States and Territories that experienced a major disaster in 2017; mainly Texas, Florida, Puerto Rico, California, and the US Virgin Islands. Some of the funds appropriated in previous relief bills are still being allocated. HUD Deputy Secretary Pamela Hughes Patenaude announced just last week that HUD will award $1.5 billion to Puerto Rico for housing and infrastructure repairs. These funds belong to the $7.4 billion allocated to the Community Development Block Grant in September of last year.  Similarly, the $4.9 billion disaster loan offered to PR & USVI in October’s supplemental has yet to be distributed by the U.S. Department of Treasury. In order to access that money, the US Treasury is seeking further proof of lack of liquidity.

In addition to allocating funds for disaster relief efforts, the aid package also established certain oversight and transparency provisions. The law established that the Governor of Puerto Rico, in coordination with relevant federal agencies and the Oversight Board, needs to establish a 12 and 24 month recovery plan (Section 1208). This economic and recovery plan must be endorsed by the Oversight Board and requires monthly reports be available to Congress.  As the long recovery and rebuilding process begins, oversight and transparency will become increasingly important. Appropriations and access to further funds will occur as the Island’s disaster relief efforts move toward rebuilding and resilience, which can take years. The Government of Puerto Rico has previously estimated that it will require $ 94.4 billion to rebuild the island. Resident Commissioner Jenniffer Gonzalez has stated that a fourth disaster supplemental is expected to occur later this year[1]. Pending official damage estimates from local and federal government agencies will regulate further requests made by the Government of Puerto Rico. It is likely that further allocations will occur after official damage estimates are released and will focus on more specific needs.