Welfare Reform and the EITC: Economic Development Recommendations by the Oversight Board 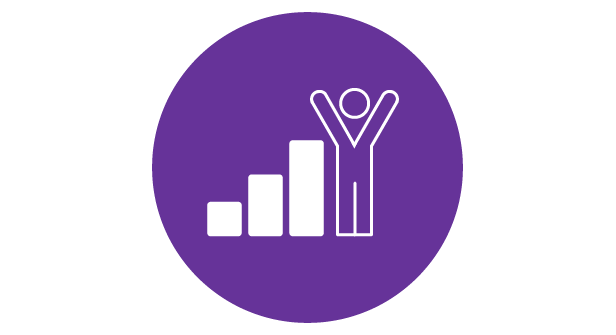 The Financial Oversight Board published its first annual report in accordance with Section 208(a) of the Puerto Rico Oversight, Management, and Economic Stability Act (“PROMESA”). In the report, the board recommends areas where they believe federal intervention would benefit economic development. However, most of the recommendations lack specific details or explanations. The lack of clarity on some of the proposals led to misunderstandings and sparked outrage in many sectors of Puerto Rico. Further clarification on these policy recommendations from the board is necessary. In the interim, a brief overview of some these proposals may help explain the board’s reasoning as well as the feasibility and the effects of these policies.

The most controversial proposal by the OB consists of granting Puerto Rico waivers from federal law in order to convert an unspecified amount of federal welfare funding for SNAP, TANF, and Section 8 housing to an Earned Income Tax Credit (EITC). The board feels that this would better incentivize workforce participation, while maintaining a responsible safety net for children, people with disabilities, and seniors. This proposal was interpreted by many as a means of completely eliminating these benefits in order to transform them into EITCs. However, the proposal was aimed toward granting Puerto Rico more flexibility in how federal welfare funding is utilized and increasing workforce participation. Unfortunately, the board failed to address the complexity of the situation and their proposal lacked further clarification.

Currently, less than half of Puerto Rico’s population is in the workforce. Increasing workforce is then an important aspect of improving economic growth on the island. Additionally, a significant segment of the population is part of the informal economy. This adds to the island’s fiscal problems by keeping some of its economic activity outside the tax system. The government’s inability to track employment in the informal sector affects their ability to properly dispense welfare and other government benefits. Encouraging this sector of the population to participate in the formal economy should be an important policy objective. However, welfare reform of this nature should be accompanied with strategies to increase job creation in order to encourage transition to the workforce.

The federal Earned Income Tax Credit (EITC) is generally not available to those residing in Puerto Rico and no local labor credit currently exists. Puerto Rico implemented a Work Tax Credit from 2006 to 2014, but its small amount — $450 maximum — had minimal impact. This credit was eliminated as a part of cost cutting measures enacted due to the fiscal crisis. However, the EITC is widely accepted as an effective policy tool for stimulating economic growth and enjoys long-standing bipartisan support. According to the U.S. Census Bureau, the EITC and the Child Tax Credit (CTC) were responsible for lifting 9.4 million workers out of poverty in 2010 and reducing child poverty by 7% in 2014.[1] The EITC incentivizes people to enter the formal workforce; this is critical as less than half of Puerto Rico’s people are in the workforce, with many working in the informal economy.

A low-income worker in Puerto Rico’s informal economy could earn more in the formal sector by implementing an EITC, which would in many cases exceed his payroll taxes. In order to effectively promote transition to the formal economy, the EITC should phase in at a rate higher than the payroll tax rate. This insures that income taxes are being properly collected and monitored without burdening low-income workers. However, while practical in theory there are many issues regarding the implementation of this policy.

The EITCs help working families get by on low wages, and it is available only to families that earn income through work. It is a powerful tool because not only does it help low income families out of poverty, but it also incentivizes entering the workforce.  Additionally, studies have shown that three out of five filers who receive the credit use it just temporarily, one or two years at a time. This is partly due to upward mobility and higher pay over time for those previously shut out of the formal sector.

In Puerto Rico, women make up the largest sector among those in poverty. Around 80% of families with female heads of household report NAP and TANF as their main source of income. The EITC has proven particularly effective in this population by increasing the work and earnings of single mothers. The EITC expansions of the 1990s contributed to the subsequent increase in work among single mothers and female heads of households. Women who benefited from those EITC expansions also experienced higher wage growth in subsequent years than otherwise-similar women who didn’t benefit.[2] However, this increase in employment among single women with children was partly driven by the strong labor market of the late 1990s.

An EITC can be a powerful policy tool for stimulating economic growth in conjunction with more traditional forms of welfare. Funding a local EITC by reducing funding to NAP and TANF is particularly controversial due to Puerto Rico’s current low job growth rate, which until recently was rapidly declining.[3] Even if informal workers or those previously not in the labor force wish to transition to the formal economy due to the EITC, they might find it difficult to find employment in the formal economy. Traditionally, the EITC can increase labor demand; employers are able to hire more workers by reducing the cost of low skill workers. This is due to the EITC effectively increasing earnings for these workers. However, wages in Puerto Rico are already low, with many workers already working at or close to minimum wage. For this reason, it is not only important to focus on increasing labor supply but also on creating employment opportunities for those wishing to move to the formal sector (labor demand).

Reducing or transforming funding for NAP and TANF must be done carefully. Data from the Puerto Rico Department of Family Affairs, which manages the Nutritional Assistance Program, shows that more than one-third of the island's population receives this benefit; this equals 1,300,000 people, or around 660,000 families. Federal funding for NAP and TANF is already set at a lower rate than that of the states, which is distressing when coupled with the fact that Puerto Rico’s poverty rate is higher than the states. Promoting the move from subsisting purely on welfare to participating in the job market is a very important factor in improving economic growth on the island. However, reducing funding that is already less than that of states in order to fund the EITC is risky.

A proposal not included in the board’s recommendations is the extending federal EITC eligibility for Puerto Rico. Extending the federal EITC to Puerto Rico in conjunction with the creation of a local EITC, which would require less funding due to the presence of the federal EITC, would provide additional funds for low income workers and incentivize working in the formal economy. Rather than achieve greater parity in programs such as NAP and TANF, efforts could be made to instead to extend the EITC to Puerto Rico.

Resident Commissioner Jenniffer Gonzalez introduced H.R. 2530 (115th Congress), which intends to amend the 1986 Internal Revenue Code so Puerto Rico residents can be eligible the Earned Income Tax Credit. Because the EITC is reimbursable, beneficiaries do not have to owe federal taxes in order to be eligible for this credit. An argument against extending this credit to residents of Puerto Rico is the fact that they don’t usually pay federal taxes, this is brought up in the Bipartisan Congressional Task Force as a source of disagreement between members. However, while residents do not pay federal income tax, workers in Puerto Rico are subject to all federal payroll taxes at the same rate as stateside residents. Additionally, most recipients of EITC do not pay any federal income taxes, due to their incomes being too low. For this reason, fair treatment for U.S. citizens on the island would be capping the EITC in order to ensure benefits do not surpass those of states due to federal income exception rather than excluding Puerto Rico from the federal EITC.

The recommendations made by the Financial Oversight Board join previous recommendations made by the Bipartisan Congressional Task Force on Economic Growth in Puerto Rico and Congressional discussions held in both the Senate and the House of Representatives.  On August 27, 2017, Resident Commissioner Jenniffer González-Colón announced the formation of the Caucus of Economic Development and Prosperity of Puerto Rico, a bipartisan group that will promote a legislative agenda to improve economic development on the island. However, due to a packed legislative agenda and an increasingly divided Congress, it is unclear when these measures are going to be addressed outside of the committee level.

[1] Based on the U.S. Census American Community Survey (ACS)