An Update on the Discussion of Puerto Rico's Status 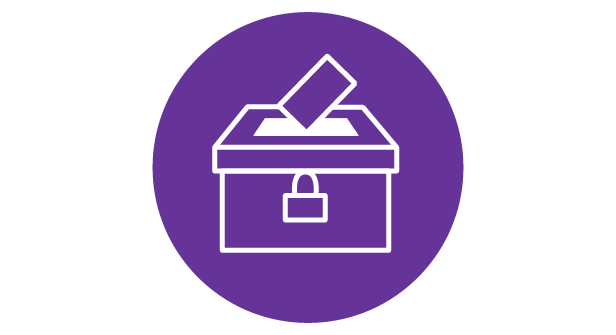 The Congressional Research Service recently published a report on recent developments in the discussion regarding Puerto Rico’s status. In this report, Sam Garrett provides policy and historical background for the understanding the status problem and its importance for Congress. Several recent events make the status topic relevant for Congress, including the approval of the PROMESA act and the Sanchez Valle U.S. Supreme Court decision.

According to the report, the PROMESA act initiated a debate about the undemocratic imposition of an Oversight Board. Although the PROMESA act has to do more with the economic situation affecting Puerto Rico, some groups connect the approval of this legislation with the island’s status. For some, PROMESA violates the mutual agreement between Puerto Rico and the United States; for others, it clearly evidences Puerto Rico’s lack of sovereignty.

The CRS report also addressed the Sanchez Valle US Supreme Court decision about the application of the U.S. Constitution’s Double Jeopardy Clause to criminal prosecutions in Puerto Rico. The case examined if defendants in a criminal case can be prosecuted under the local laws and federal criminal law. Although this case does not directly involve questions of political status, it did reaffirm that the ultimate source of power, in the case presented, is the U.S. Congress.

One of the implications of this case is that events such as the passage of the PROMESA act do not violate Puerto Rico’s sovereignty because the ultimate source of power is the U.S. Congress. With this decision and the approval of the PROMESA act, many political leaders, especially the supporters of statehood, have raised this as evidence of the Commonwealth’s lack of power and that there are only two options to solve Puerto Rico’s political status.

In more recent events, Resident Commissioner, Jennifer Gonzalez, introduced in Congress the Puerto Rico Admission Act (H.R. 260). This bill considers that if Puerto Rico chooses to become a State following the guidelines of Public Law 113-76, Puerto Rico should be admitted to the Union by January 3, 2025. For this reason, the Legislature of Puerto Rico has approved a plebiscite for June 11, 2017. This plebiscite will have two options: Statehood and Separate Sovereignty from the United States. If Statehood does not win, then in there will be another plebiscite on October 8, 2017, in which people will choose between Free Associate State and Independence.

Members of the Popular Democratic Party (PDP) and Puerto Rico’s Independence Party are against this type of plebiscite because they feel it has been created to favor statehood.The current status or an “enhanced commonwealth” is not part of the plebiscite, meaning that it excludes a part of the population that believes in this type of status.

In the end, the U.S. Department of Justice will be the one to approve the status definitions and options that are going to be presented. If Puerto Rico’s government does not follow U.S. Department of Justice decision, then the funds that were approved by President Obama to finance the plebiscite will not be disbursed. This debate will continue in the following months, and in the end it is Congress that has the final word.

It will be interesting to know what Trump administration’s position on Puerto Rico’s status will be and what a U.S. Department of Justice under Jeff Sessions will finally approve. There is no information about Sessions’ position regarding Puerto Rico’s becoming a state; the only historical indication is that he has been one of the strongest proponents of making English the official language of the United States.

Puerto Ricans to vote between statehood & independence
Puerto Rico is preparing to vote on becoming the 51st US state, but there...
Stephanie Murphy Calls for Puerto Rican Statehood
A congresswoman from Florida took to the House floor this week, calling...
Puerto Rico votes on statehood on Sunday
SAN JUAN — Puerto Rico will vote on its territorial status Sunday,...
Puerto Rico’s representative makes renewed push for statehood
Less than 24 hours after being sworn in, Puerto Rico's new...